A group of 25 Youngstown State University students and three faculty members joined an estimated army of 500,000 demonstrators marching in Washington D.C. on Saturday to demand social reform and protection of women’s rights. 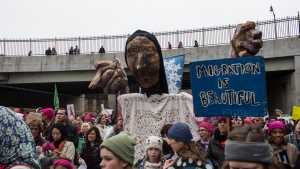 Chants of “This is what democracy looks like” rang out at the Women’s March on Washington as protesters held signs with phrases such as “The Future is Female” and “Save Planned Parenthood.” Several roads around the White House and Capitol were closed to accommodate the marchers.

The College of Liberal Arts and Social Sciences provided a free bus trip for YSU students and faculty to participate in the Women’s March. Amanda Fehlbaum, a sociology professor on campus, first heard about the protest on Facebook months ago and began organizing the trip and recruiting members.

“We need to remind everyone that women’s rights are human rights,” she said. “I hope that our congressional and legislative representatives will stand up for what is ultimately right for the American people.”

Cryshanna JacksonLeftwich, a political science professor at YSU, said she encouraged her students to attend the march and said it was a learning experience that showed students how they can get engaged with politics.

“We thought this would be a great opportunity to look at how we can participate in democracy and understand that there are ways in which if you think the constitution isn’t working for you, then you can get your voice heard, and there are right and wrong ways to protest and get your point across,” she said.

Monica Busser, a mathematics student, came to D.C. with the YSU group. She said it was inspiring to see so many people protesting peacefully.

“It provided a sense of solidarity, knowing all these people feel the same way about these issues, and we aren’t going to shut up until our voices are heard,” Busser said. “It was empowering — we are making a difference. Half a million people were there. That can’t be ignored.”

Other students, such as Dylan Edwards, found their own way to the nation’s capital to be part of the historic march. Edwards said he couldn’t just watch the event unfold on television — he wanted to show his support.

“This was the largest single protest event in American history,” he said. “The protest managed to bring together more people than even the Freedom March on Washington with Martin Luther King Jr. This will go down in history.”

Edwards said he felt welcome at the Women’s March because the atmosphere was “an outpouring of tolerance for all kinds of people.” He said the march was effective because it remained peaceful and raised issues that women are facing.

“I am incredibly glad I got to share that experience with the two most important women in my life — my mother and my girlfriend — and it will be amazing when I am old to say to my grandkids that I was there,” Edwards said.

People didn’t just advocate for women’s issues at the protest — they also covered civil rights, immigrant rights and LGBT rights. YSU’s students had a variety of personal reasons for why they marched.

Busser said being a woman in the STEM field makes equal pay in the workforce an important issue for her, but she also wanted to protest the new president because of his remarks about women in the past. 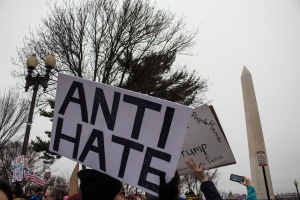 Reproductive rights were also brought up by Fehlbaum and JacksonLeftwich. JacksonLeftwich said she was protesting the defunding of Planned Parenthood. She said women should have the right to access contraception and safe abortions.

“If a woman can’t control when and where she has a child, she is more likely to grow up in poverty, less likely to advance in her career field and more likely to suffer from postpartum depression,” she said. “These are health issues — it’s larger than a bipartisan issue. These are people’s lives in jeopardy.”

Georgia Kasamias, a religious studies student, said she was impressed with how the march was organized because it included people from a variety of different backgrounds. She said she cares about women and immigrant rights.

“It’s important to mobilize and show unity, especially after the inauguration. It will catalyze positive change,” she said. “It’s demoralizing for women to have a president that has made derogatory remarks towards women in the past.”

“I come from a community of women of color, and the impact the policies from the Trump administration will have on my community may be devastating,” she said.

The Women’s March spurred sister marches in major cities across the country on Saturday, with an estimated 5 million people in attendance overall. Event organizers said they plan to have more campaigns in the future. 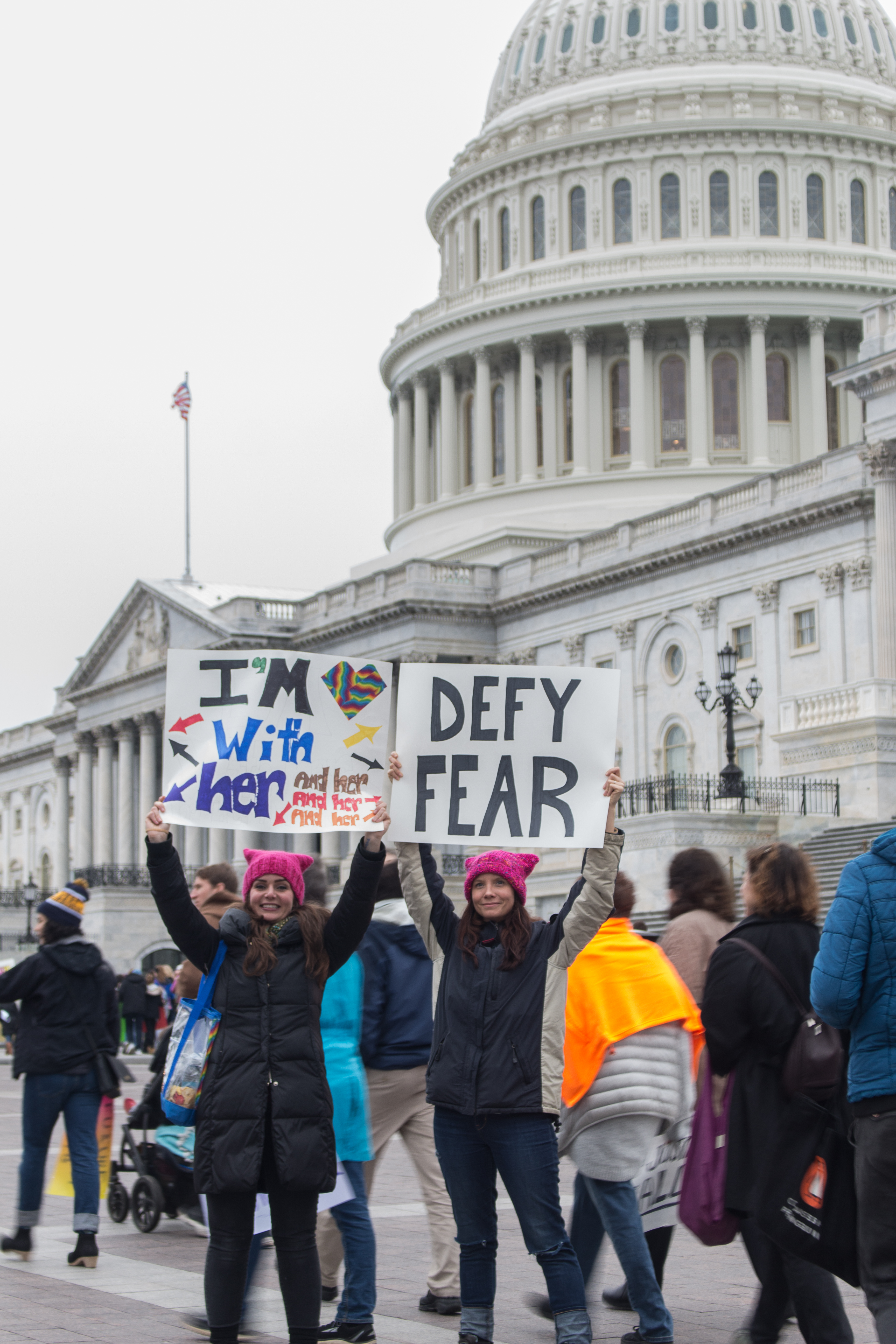 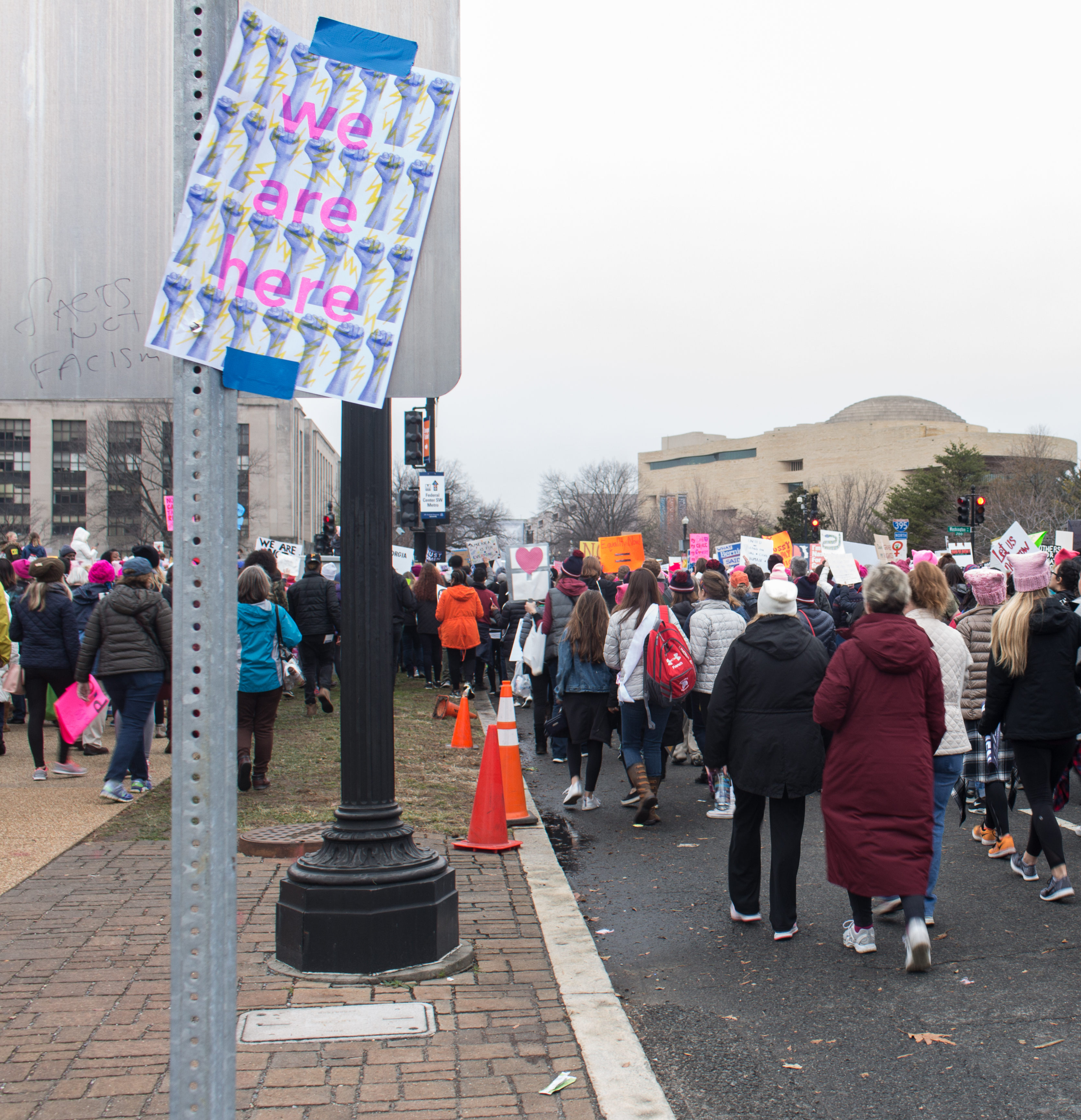 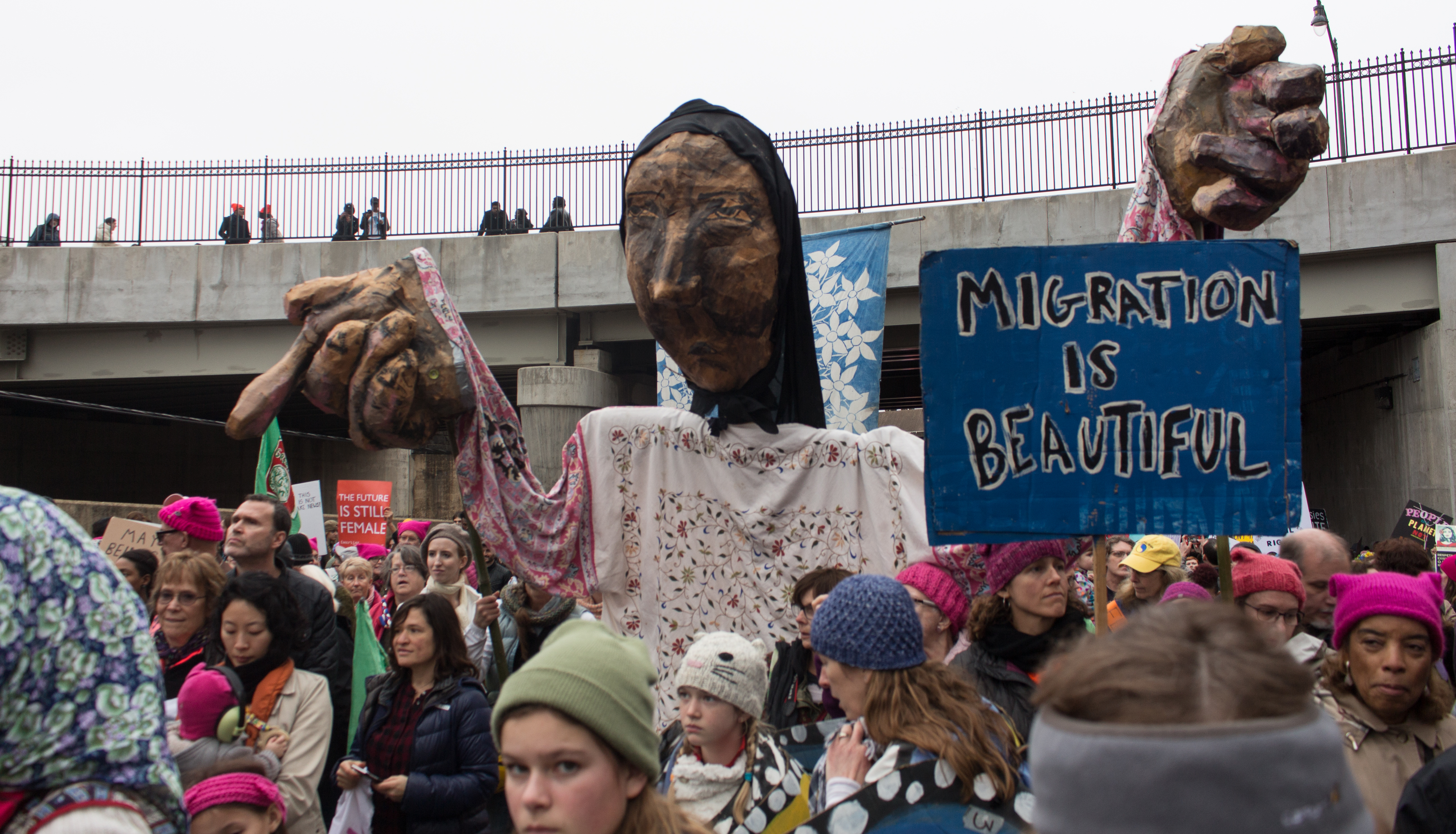 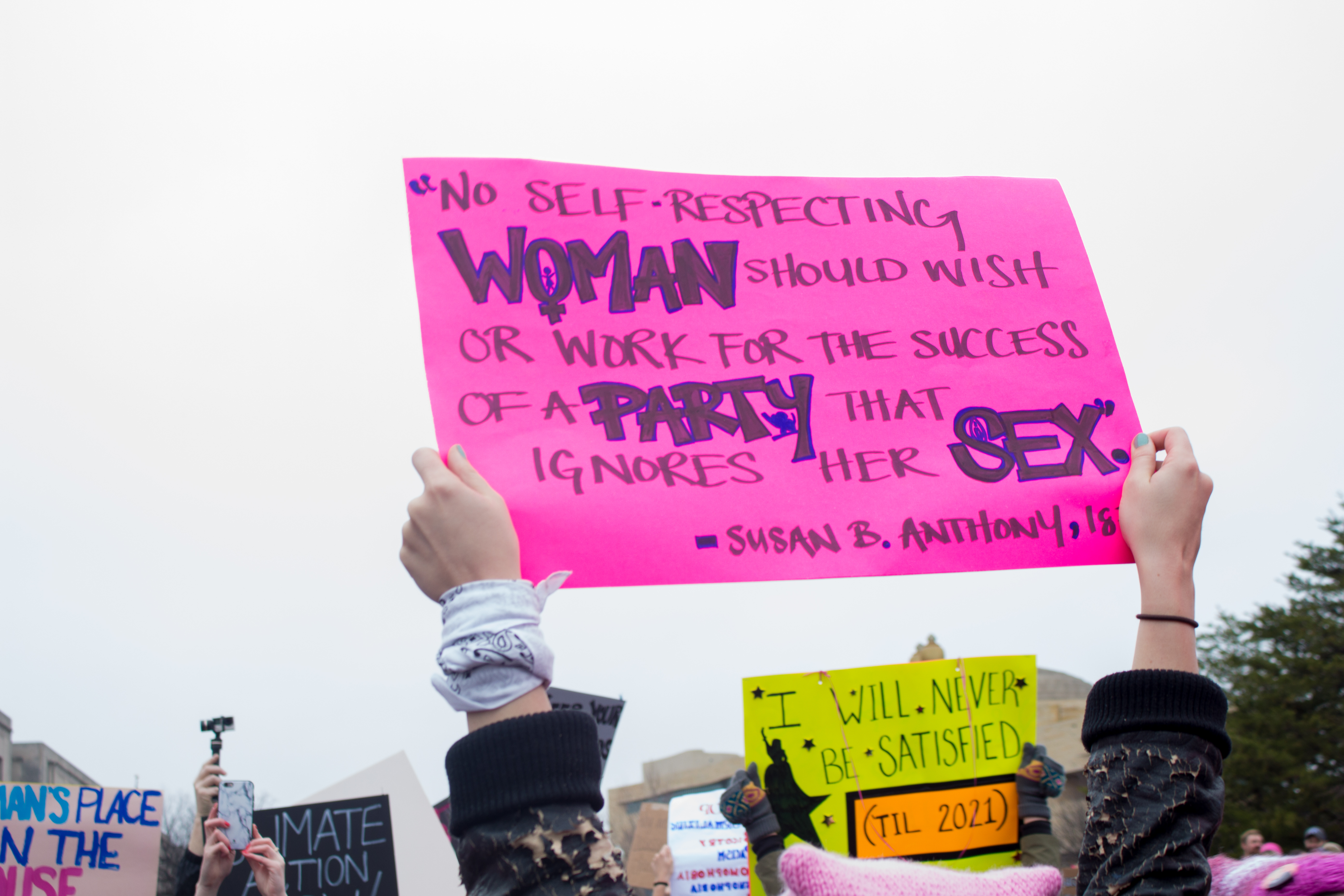 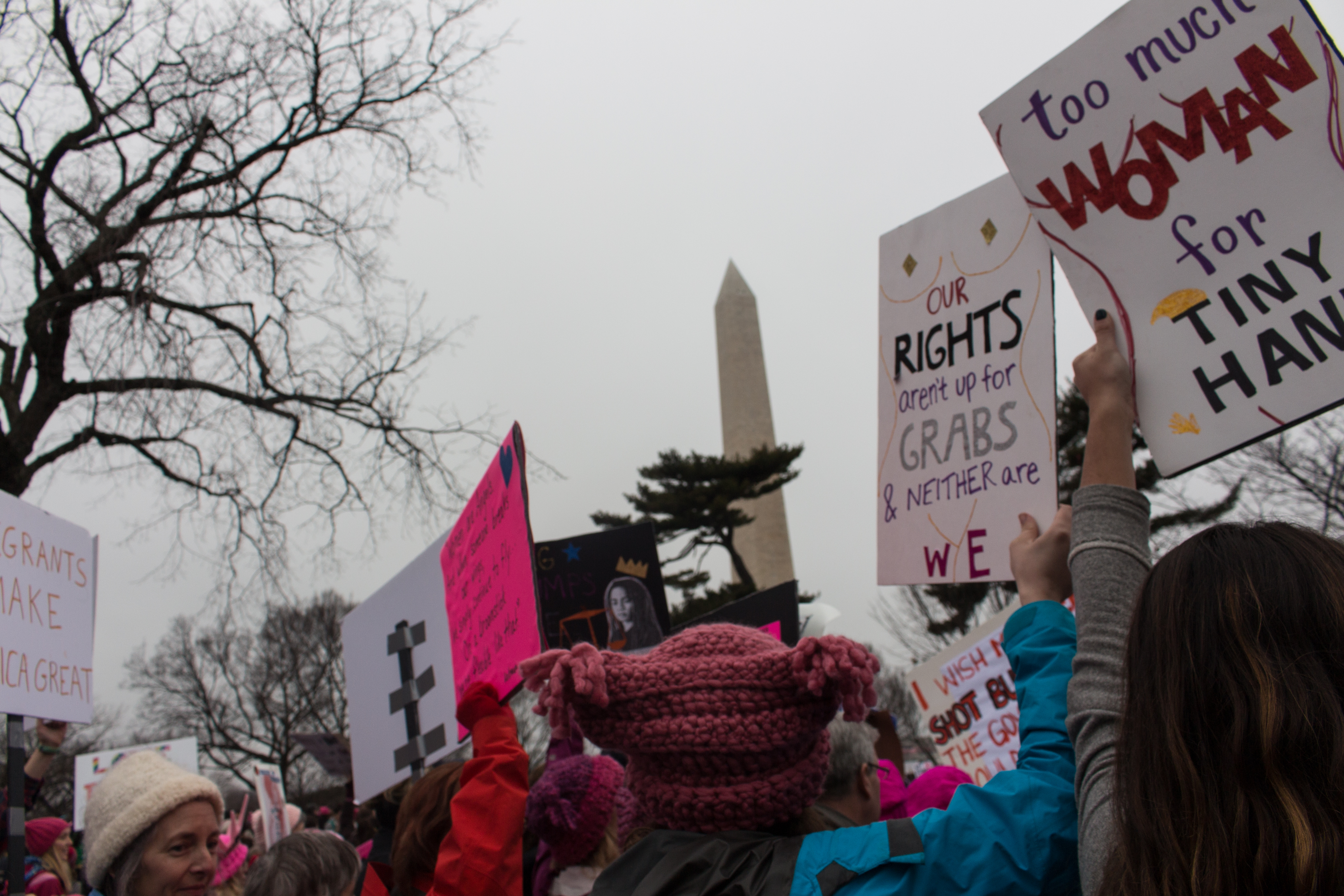