The Draught House is hosting the sixth annual Downtown Youngstown Santa Shuffle. There will be music, prizes and raffles. The event starts at the Draught House at 11 a.m. and ends at 5 p.m. on Dec. 3. The cost to participate is 10 dollars per person. 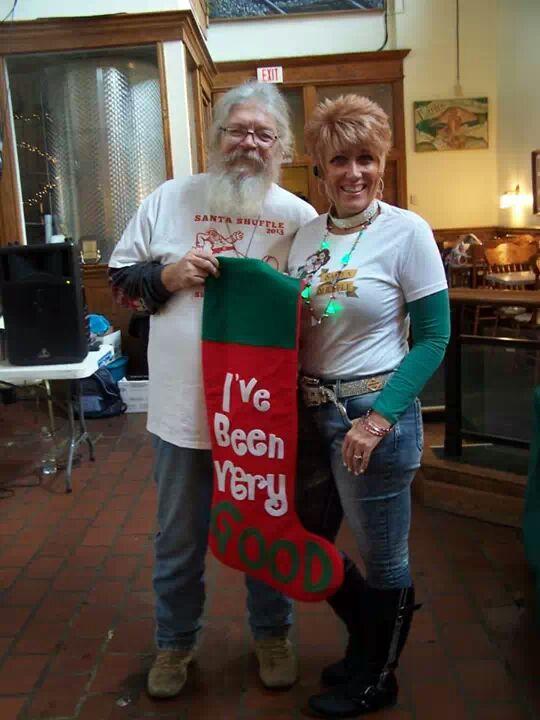 What is the Santa Shuffle?

This is the sixth year we have done it; it’s to raise money for local charities by visiting local business. We spotlight the downtown area, which has seven locations. Each location picked a different local charity to feature. The idea is you can come in and register and tell us which charity you would like your money to go to, and we will tell you which locations to spend your money at.

How did the idea start for the Santa shuffle?

There is a worldwide version that we saw. The idea behind the original Santa Shuffle is to get as many people dressed up as Santa, then they travel to each local bar singing carols, buying drinks and food. We took this idea, and we made it into something that could benefit our local community. We wanted to make something that would have a positive outcome on our community, and that is how we decided to work with the local charities. The money spent at each local business during the shuffle will benefit the business as well as the charity.

What Charities will be donated to with the proceeds from the event?

What kind of activities will be available to people attending the event?

All the locations have specials going on. There is alcoholic and non-alcoholic drink specials and food. Five of the seven locations will also offer musical acts during the Santa Shuffle. The musical acts include The Lower West Side Band, at the Avalon, Leanne Binder at The Draught House, Eddie Berg at O’Donalds, Tyrone Hornbuckle at Suzie’s Dogs and Drafts and Ryan Ross at the Tap House.

After visiting and making purchases at each location, you can make your way back to the Drought House at 4:30. We will be offering giveaways based on how many purchases you made. If you make purchases at all of the locations you will be in the running for our grand prize. This year the grand prize is a 55” Smart Television.  The amount of prizes total over 2,600 dollars, some prizes including a fit-bit, and a signed work from Chris Yambar.

The main theme is meant to help local business at a time when funds can be low. This is a tough time of year where people are spending money at many corporate companies for the holidays and this is a nice way for people to support the local businesses.