The Youngstown State University Board of Trustees approved a resolution last month stating that YSU will enforce policies prohibiting the use of medical marijuana on campus, despite the state of Ohio legalizing medical marijuana in September 2016.

The Drug-Free Environment Policy was modified by the board to clarify that the university will still prohibit medical marijuana from being possessed on campus or in dorms. 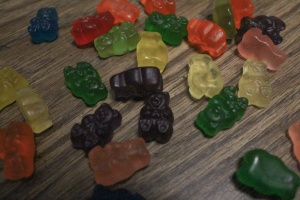 The December board meeting summary states, “… students who are legally authorized Ohio medical marijuana users and are living in university-owned or -managed housing may submit a letter with supporting documentation asking to be released from their university housing obligations.”

House Bill 523, which legalized medical marijuana in the Buckeye State, creates a conflict between state and federal law, because federal laws still prohibit using any part of a cannabis plant for medicinal purposes.

Cindy Kravitz, director of Equal Opportunity and Policy Development, explained that the university must follow federal laws to protect its federal funding, and they must establish and enforce clear policies on marijuana.

“If you don’t comply with the Drug-Free Schools and Communities and Controlled Substances Act, the university could lose all its federal funding, meaning grants, research money and financing,” Kravitz said.

Even in states like Colorado, where marijuana use is liberal, public universities still ban the drug so they can preserve their federal funding, she said.

Carole Weimer, board member, said other public universities are dealing with the conflicting legislations as well. She said she is concerned that students might wrongfully think people can smoke marijuana for medicinal reasons before getting a prescription.

“Because it’s a new law, there will be challenges in interpreting it,” she said. “We have to make sure it’s enforced appropriately. … We can’t have people standing outside Kilcawley smoking weed.”

Another conflict is that although HB 523 legalized medical marijuana in Ohio, there is no legal way to access the drug. Under the Drug-Free Schools and Communities Act, it is illegal to grow cannabis or transport it from other states, and there are no licensed medical marijuana dispensaries in Ohio.

It may be another year until patients in Ohio can access medical marijuana, which makes possessing the drug at YSU illegal, according to Cleveland.com.

Weimer said when doctors begin prescribing medical marijuana to patients, YSU’s policy will allow students to ingest the edibles or oils at home, but they still must steer clear of having it on campus or in dorms.

“That would probably affect students living on campus,” she said. “They can’t have it in their possession and use it on campus, because it’s still federally prohibited.”

Ohio public universities are reluctant to establish policies that allow medicinal marijuana because there have been no cases to set a precedent since the law is new.

Kelly Beers, director of Student Code of Conduct, said the law gives someone who is caught possessing marijuana an affirmative defense in court.

“Legalized marijuana has never really been ‘allowed’ under federal law, but HB 523 gives someone in possession a positive defense,” she said. “But we can’t supersede the federal law.”

Students caught possessing, using or distributing marijuana for medicinal reasons will be punished under the federal law. Beers said the punishment will depend on how much marijuana the student has and how the police handle the case. Punishments range from probation to expulsion.

Some students, such as Hannah Jefferson, a literature major, said she doesn’t see a problem with prohibiting smoking the drug on campus because it could affect other people, but she thinks it should be allowed in some forms.

“As far as edibles, pills or other forms go, it’s not the school’s business,” she said.

Jefferson said she is concerned because she believes the prohibition could lead to banning prescriptions like antidepressants, which can also be abused.