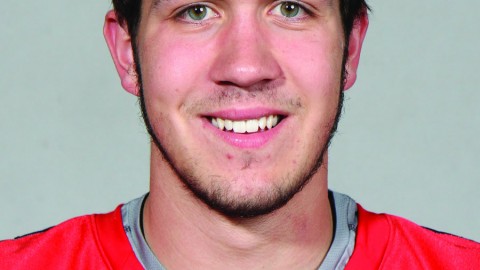 Why did you choose to come to YSU?

Did you expect to start this early?

Honesty, I didn’t. I came in — I think the plan the whole time was to be redshirted, but they always said be ready, come in and do your best.

What’s it like starting as a true freshman quarterback?

Are the players in the locker room starting to look at you as a leader?

Yeah, that’s the biggest thing. We got to go out there and do what we’re coached to do — me being a leader, it’s not always being vocal, it’s leading by example.

How does it feel going up against South Dakota State University and their home crowd?

It’s just like playing anywhere else I guess. You can’t really listen to what people say. I take it as motivation. If they want to say stuff to us, but you don’t pay attention to it when you’re playing. I forget about everything. You’re just out there playing and not focusing on what the people are saying in the stands.