An informal artwalk called Blissful Beginnings will include a pre-performance lecture by Allan Mosher on April 21 at 6:00 p.m. in the McDonough Museum of Art’s lecture hall. Mosher will give some background information on both shows and both composers, and describe how these two works fit into the other works. 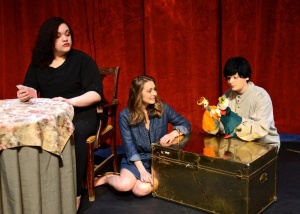 Following the lecture, patrons are invited to attend the opening night reception for the spring Bachelor of Fine Arts Exhibition in the McDonough Museum where artwork by students completing the requirements for their BFA degree is displayed. There is no charge for the lecture or art opening.

“The Medium” by Gian Carlo Menotti involves a phony medium who scams money from grieving parents with her sham séances through fake voices and apparitions. She becomes the victim of her own illusions when they begin to haunt her guilt-ridden conscience with fatal consequences. 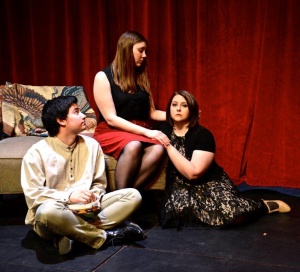 “The Impresario” by W. A. Mozart showcases an opera producer who finds himself refereeing a battle between two rival prima donnas for roles in his upcoming season. Mozart’s one-act musical-play shows us how he successfully arbitrates between the two sopranos and their egotistical attitudes that have exploded into extreme examples of “diva-tude.”

YSU’s opera program director is Misook Yun and the Dana Symphony Orchestra director is Stephen L. Gage, who will conduct “The Impresario” while graduate student Ian LeRoy is the conductor for “The Medium.”