In today’s society, video games play a prevalent part in people’s lives. Many students spend hours perched in front of their game systems, awaiting the arrival of their new favorite game. 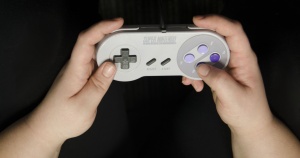 There are many controversies between which console is best, and what games are best to play on those consoles. Some Youngstown State University students shared their favorite games across consoles.

“Overwatch” is a team-based multiplayer first-person shooter video game; it was released in May 2016 for Microsoft Windows, PlayStation 4 and Xbox One.

“’Overwatch’ is a game that has a lot of hidden story to it but it’s still so great,” Johnson said. “It’s multiplayer based, and it’s a game you can find a connection through a lot of the characters and their different playing styles! It’s unique and very addicting.”

“Overwatch” puts players into two teams of six. Each player selects one of several hero characters with unique movement, attributes and abilities. Heroes are divided into four classes: Offense, Defense, Tank and Support. Players on a team work together to secure and defend control points on a map and escort a payload across the map in a limited amount of time.

“’Overwatch’ is my number one for its gameplay,” Lavender said. “It’s very diverse, and for a multiplayer game you don’t find yourself with the frustration that other first person shooter games create.”

“’Rainbow Six Siege’ is a multiplayer based game,” Johnson said. “With its simple concept, each match involves barricading a fortress to defend your team’s objective, or strategically attacking to eliminate the opposing team. Essentially, boiled down it’s a cop versus robbers game full of characters with different strengths, abilities and weapons.”

“Tom Clancy’s Rainbow Six Siege” is a first-person tactical shooter, in which players take control of an operator from the Rainbow team. Different operators have different nationalities, weapons, bombs and gadgets. The game features an asymmetrical structure — the teams are not always balanced in their ability choices.

“’Rainbow Six’ appeals to me because I like tactical gameplay,” Elkins said. “I like having to think about what move you are going to make next; it keeps my mind active.”

“Uncharted 4: A Thief’s End” is an action-adventure game developed by Naughty Dog and published by Sony Computer Entertainment for the PlayStation 4.

The game is an action-adventure game played from a third-person perspective, with platform game elements. The player is Nathan Drake, who is physically able to jump, sprint, climb, swim and scale narrow ledges to get between points. Drake can use various weapons to attack enemies. Stealth elements are incorporated into the game, allowing the player to sneak up on enemies and attack them without being noticed.

“’Uncharted 4: A Thief’s End’ is the newest and final Uncharted game just released in 2016. It’s a fantastic conclusion to the action/adventure series that has an emotional and thrilling story,” Johnson said. “The characters allow for a very connected and driving experience as you race to find a treasure. There is also multiplayer available for this game where you can continue the adventure with your favorite characters and friends.”

This game is an action role-playing game, playable from either a first-person or third-person perspective. The player can roam over the land of “Skyrim”, an open world environment consisting of wilderness expanses, dungeons, cities, towns, fortresses and villages.

Players can navigate the game more quickly by riding horses, or by utilizing a fast-travel system, which allows them to warp to previously discovered locations. The game’s main quest can be completed or ignored at the player’s preference after the first stage of the quest is finished.

“’Skyrim’ remastered is good for anyone looking for a great story and a good role-playing game,” Lavender said.