The $1,500 award is given to a first-time study abroad participant.

Tinsley, who graduated from Champion High School in 2017, said she chose to attend Youngstown State University because it was close to her hometown and the university has a well-known STEM program.

Tinsley said although she has never studied abroad, she spent her first abroad experience this spring break in the Dominican Republic.

“I knew I wanted to study abroad since my sophomore year of high school,” she said. 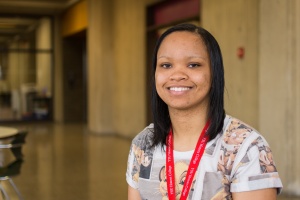 Tinsley said she chose to study in Costa Rica because of the island’s natural beauty and rainforests. The program she chose caught her attention in particular because it has a chemistry internship that she is interested in applying for.

Tinsley said she has an interest in studying the local language, Spanish.

“I’ve been teaching myself Spanish for a really long time now and I feel like I can’t obtain full fluency here, so, I want to go into a country where the locals speak the language to me constantly,” she said.

Tinsley said she is excited for the experience and hopes to take a lot away from it and try new things.

“I really want to try the food and I at least want to go on one tour,” she said.

Tinsley said she wants to form relationships with the island locals.

“I really want to meet a local friend to teach me about the culture. I don’t know exactly what about the culture I want to learn, I just want someone to teach it to me, whatever they feel is necessary that I learn.”

Diana Palardy, instructor in the foreign languages department, taught Tinsley Spanish in the fall of 2017.

Palardy said although Tinsley was a freshman, she already had an impressive knowledge of Spanish.

“She learned Spanish by speaking with native Spanish speakers and asking her teachers lots of questions,” she said. “Instead of only asking questions because she thinks the material might be on the exam, she asks about the concepts because she really wants to make sense of the language and know how to improve her fluency.”

Palardy said Tinsley is very creative with the language.

“For her Honors project, she created a board game that included general cultural questions in Spanish. I think that she will absorb a lot of the language and culture in Costa Rica,” she said.

Ann Gardner, assistant director in the International Programs Office, alerts students to various scholarships that may apply to them and gives feedback on application essays.

Gardner influenced Tinsley’s decision to apply for the Ohio International Consortium Study Abroad Nelson Scholarship. She saidTinsley’s essay was moving, persuasive and she deserved to win the scholarship.

Gardner said if a student wants to study abroad, they should attend a study abroad information session held Fridays at noon in Jones Hall 1042. They should also call the international programs office at 330-941-2336 to register.

“We explain the whole process at the session and usually have a student presenter discuss his or her study abroad experience,” she said. “Students should carefully research our direct exchange programs, faculty-led programs and partner study abroad programs to select a program that will benefit their academic and employment goals.”

Gardner said students shouldn’t put off the decision to study abroad until it is too late.

“It’s very sad to hear graduating seniors say how they wished they had studied abroad,” she said.