Cast as the lead of Tracy Turnblad is freshman Halla Henry, who is currently earning her Bachelor of Fine Arts in Musical Theater at Youngstown State University.

“Our Acting I professor, Dr. Chris Hill, was the one who told us about it back in October,” said Henry. “Hairspray is my life, and I am beyond excited to be playing Tracy! It’s a dream come true!” 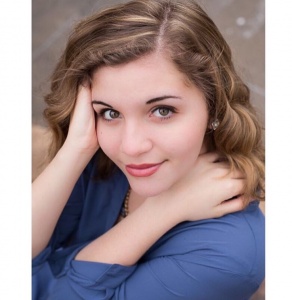 Henry auditioned for her role Jan. 28 and received a call back Jan. 29. She said it was a pretty fast process and she was surprised to get a call back so early.

“It was really funny how they conducted the auditions,” said Henry. “Initially I just had to read a few times, but then they had all of the Tracy’s compete against each other onstage individually, singing the song ‘Good Morning Baltimore’. The same thing happened with all of the girls that were auditioning for the role of Penny. It was fun.”

Also in the musical is YSU freshman AnnMarie Lowerre, a Musical Theater major as well. She will be playing the supporting female character, Penny Pingleton.

“We play best friends in the show, and we’re already best friends in real life. It’s great!” said Lowerre. “First, the directors called Halla and then myself, we were both in the same room at the time. When they called me to tell me I received the part, I screamed with joy and then replied casually over the phone to appear cordial.”

Rehearsals shall begin at the end of February, according to Lowerre and Henry, and there will be one a night for the next eight weeks for at least three to four hours.

“We do vocalization exercises and jumping jacks, both during rehearsals and the musical itself,” said Henry. “Sirens are good for the soft palate, and I always drink a ton of water, and before rehearsals, I also have this little trick of downing straight black coffee to help get me ready.”

Henry has also been involved in other productions here in Youngstown, such as A Funny Thing Happened on the Way to the Forum as well as No More Peace.

“There are a lot of YSU students and alumni that are involved in the musical as well,” said Lowerre. “Our friend DJ Davis is the assistant director and also Jessica Hirsch who plays Velma Von Tussle and is also the assistant choreographer.”

“I’m really excited to be working with Halla Henry and AnnMarie Lowerre, who my team and I cast as Tracy Turnblad and Penny Pingleton (respectively),” said Dr. C. Austin Hill, assistant professor of theater and dance at YSU.

According to Hill, it was an extremely competitive audition process with more than 75 actors, singers, and dancers auditioning for 35 roles. Of those roles, eight current YSU students had been cast.

“Both Halla and AnnMarie are very talented,” said Hill. “Their personalities shone during auditions, and they’re very versatile, but most importantly, they’ve both proven themselves to be rather fearless.”

Alongside Harris, Henry and Lowerre are working on their dance numbers for the upcoming President’s Gala.

“No matter how difficult a dance number may be, act as you know it,” said Lowerre. “I cannot stress that enough because forgetting the next step happens a lot more often than you think. For Hairspray, we act like our characters, and it’s just so much fun to watch. It serves as a powerful message because of how entertaining it is.”

There will be one play per night as mentioned in the dates above and a matinee on the Saturday dates. If the musical is proven to be a success that sells out, it’s possible it could get extended.

“I think the best part about being in a production is part of such a great atmosphere,” said Henry. “The worst part is trying to find the motivation for things outside of it, like work or school. Rehearsals can take a lot out of you, and sometimes it drains both the body and the mind.”