A week after Hurricane Irma wreaked havoc across the state of Florida, the state has begun to pick up the pieces in its wake. Registering as a category five hurricane, Irma has been called the most intense hurricane to hit the Atlantic since Katrina hit the Gulf of Mexico in 2005.

In the weeks after first responders took action in the state, several agencies in multiples counties have been making the rounds. People who have needed anything and everything have gotten it, but it is never enough. First responders have been performing welfare checks for those who haven’t been heard from by family and friends.

With unidentified bodies and a death toll still rising, it’s hard to grasp the full scope of the wreckage left behind.

While the storm’s devastation was far from Youngstown, several Youngstown State University student-athletes come from areas in Florida and Texas that were directly in the path of Hurricane Irma’s wrath. 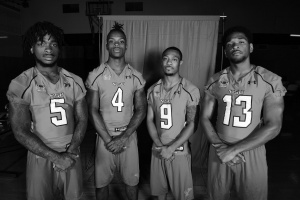 On the YSU football team alone, 13 players are from Florida including Damoun Patterson and Justus Reed. Times like these remind players that football doesn’t come before family.

For these players, the storm felt as close as ever with family and friends back home making football harder to concentrate on. All of these players get the bye week to hopefully reach out to their loved ones to see how they can help.

Three of these players will be interviewed for an extended story that will be online in the coming weeks.