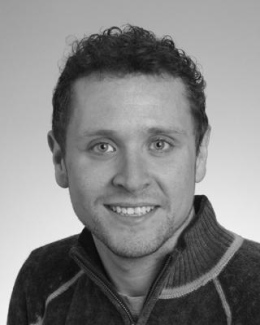 Christopher Barzak, an assistant professor of English at Youngstown State University, explores surreal fictional worlds and the surrealist art scene that created them in a new book on the virtual shelves.

“Birds and Birthdays,” released on Aug. 20, is available directly from the publisher or online bookstores including Amazon.com.

The book includes three stand-alone short stories that follow the fictionalized self-discovery of female surrealist painters. The book is less grounded in reality than his previous works.

“With these stories, they start out fantastical right from the beginning,” Barzak said. “There’s not a push and pull between what is real and what is imaginary.”

The collection also includes an essay that explores the inequalities that those women faced in the male-dominated art scene of the first half of the 20th century. The stories, Barzak said, were heavily influenced by these artists’ visual artwork.

Barzak’s previous works include two novels: “The Love We Share Without Knowing” in 2008 and “One For Sorrow” in 2006.

He said that “Birds and Birthdays” differs from his other books because it is much shorter. The book is published through Aqueduct Press. It is a smaller publishing company than Random House, the corporate publisher that launched his two novels.

“This is a collection of three short stories and an essay, which doesn’t have what a lot of people would call commercial viability,” Barzak said. “It’s not the kind of thing a large publisher would be interested in.”

“It’s a press that is interested in publishing fiction, nonfiction and poetry that speaks to feminist concerns, and this book is very much concerned with women,” Barzak said.

“He knew that I like his work,” Duchamp said. “Being familiar with the kind of work we publish, [he] had the idea of asking me if I’d be interested in considering the stories in ‘Birds and Birthdays,’ which he’d written for his thesis.”

Duchamp read the stories and advised Barzak to expand the essay at the end of the collection.

Barzak remains busy at YSU. He is on a research fellowship and teaching one graduate class this semester. He advises the Student Literary Arts Association and “Jenny,” the biannual online student literary magazine. He is also involved with the Students Motivated by the Arts, or SMARTS, program.

“Being a distinguished fiction writer is probably the most public part of what Chris does,” said Julia Gergits, chairwoman of the English department. “But he is also incredibly good with the students at the graduate and undergraduate level. He’s worked really closely with student organizations to try and help them and create their own venue for all kinds of writing, not just fiction.”

1 comments Josh Lukin Thu Sep 13 2012 21:45 As a YSU alum with a book out from Aqueduct Press and a longtime admiration for Barzak, Duchamp, and Gergits, I find my heart so warmed by this article that it’s gonna contribute adversely to climate change.