Youngstown State University was suddenly plunged into darkness around 6 p.m. on Jan. 17. The university suffered a partial blackout that affected buildings around campus. Streetlights were out, Wi-Fi was unavailable and servers were down.

John Hyden, executive director of facilities maintenance and support services, said he is unsure why the power outage occurred and doesn’t know if he ever will.

“We didn’t find anything other than a main breaker in the substation on one of our campus loops was tripped and we don’t know why,” Hyden said.

Hyden said that there are a multitude of safety systems within the power grid. Every now and then something within the system gets tripped in order to save it. Despite the situation, he was glad there was no major problems that caused the outage.

The power was fully restored by 8:30 p.m., but concerns arose from faculty and students during the outage.

Jazmynelee Irizarry, a YSU student, was in her co-op class in Cushwa Hall when the power went out. 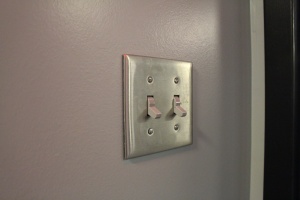 She posted a video on Twitter that read, “@OnlyAtYSU where we still had class yesterday with the electricity and heat out,” and displayed a darkened classroom where students continued to participate in a class discussion.

Irizarry said when the power went out, her professor and classmates stayed put while locked deep in a discussion and didn’t mind the darkness.

“I don’t think [walking by yourself] is safe because you just don’t know what could happen,” Irizarry said. “The parking deck was scary to me … However, it was nice to see the cops patrolling and making sure people are getting to their cars safely.”

Gary Walker, professor and chair of biological sciences, expressed his worry for the well-being of samples that were a part of experiments in his department, but reported that there was no apparent damage to any samples.

“My faculty immediately called me after the power went off. One of the faculty had gone around and unplugged the freezers. They can blow out if the power comes back on,” Walker said.

Walker said that in case of a power outage, backup generators are set in place to help some of the department’s vital instruments running for a few hours while power is being restored.

“We have vital samples that have to be stored in ultra-cold temperatures and if those freezers warm up we can lose irreplaceable samples. So that’s why we kind of panic sometimes when the power goes off,” Walker said.

Safety was a major concern for Chris Bellas, a criminal justice and forensic sciences professor, who was teaching a graduate class on the third floor of Cushwa Hall when the power went out.

Bellas said it was pitch black in the building and the elevators, and the exit signs were out as well.

He is a special needs faculty member and requires a scooter to move about campus. The elevators were his only way out of the building and the stairway was too dark to have anyone carry him down to the first floor.

“A few of my graduate students called campus police to help explain my situation and find a way out of the building. They contacted the campus escort, but they showed up with a wheelchair after the power came back on,” Bellas said.

He questioned Hyden in an email if there was an evacuation plan set in place for situations such as this one, especially for disabled faculty and students. Hyden said he would look into it.

Despite concerns, Hyden is unsure if an event like the power outage will happen again anytime soon.

“We reset [the main breaker] and it’s been holding fine, but that doesn’t mean it’s not going to happen again, and if it does then we’ll just have to continue to investigate,” Hyden said.