After a super successful 2016 campaign, the Youngstown State University men’s and women’s cross country teams will compete this weekend in the Horizon League championships.

This year’s YSU men’s team will have a large group of freshmen at the league meet. Competing at the league meet for the first time are freshmen Tyler Polman, Cole Lovett, Sean Peterson, Derek Basinger, Anthony Linert and CJ Schumacher. 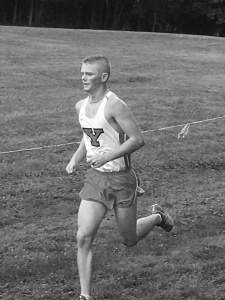 The only veteran in the lineup will be junior Derek Morrison. He finished 85th last year as a sophomore and 70th as a freshman. He is the lone returning runner from last year’s title-winning men’s squad.

Tyler Polman finished as YSU’s leader in all five races that the Penguins competed in this year.

The men will look to defend its 2016 title behind strong runs from young guys.

The women will be tasked with trying to win against after winning back-to-back titles in 2013 and 2014.

It is led by senior Michelle Klim. She was a first-team All-Horizon League selection as a sophomore in 2014. Klim has had an outstanding senior season placing in the top-10 in her last three races. She placed third at the Canisius Alumni Open. She placed second at the Disney World Cross Country Classic. At last year’s Horizon League Championships, she came in 16th place.