The program will begin at 7 p.m. and will feature music by the YSU Percussion Ensemble directed by Glenn Schaft, the Fairport High School Concert Band conducted by William Tiberio and the North Hills High School Wind Symphony conducted by Leonard Lavelle. 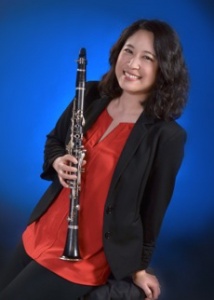 Also performing is YSU’s Wind Ensemble conducted by Stephen L. Gage, featuring solos from Kathryn Umble on the flute and Alice Wang on the clarinet.

“I’ve been playing the clarinet since I was 10 years old,” Wang said. “This is my ninth year being involved with the invitational, and I always hear positive feedback about it.”

Students from both visiting high school bands will spend the day with music professors from the Dana School of Music as part of master classes to put the final touches on their performances.

“It really is about bringing students to get to know the Dana School of Music,” Wang said. “It’s a great institution and to be part of the invitational does require a lot of work, but it’s a great experience.”

“We don’t play many Friday night concerts,” Gage said. “So it’s really exciting to bring students from other schools to get all dressed up in tuxedos and dresses to perform with our ensembles. The faculty always does a fantastic job coaching the students and our soloists Wang and Umble are just fabulous.”

Gage came to YSU in September 1993 as the director of band and has been part of the Invitational since its inception in February 2007. 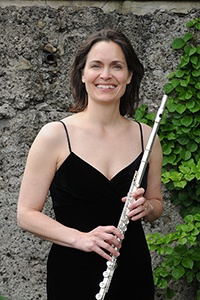 “I’m friends with the band director from Fairport High School,” Gamble said. “It’s really great to know that we’re reaching schools as far as New York, especially one with an esteemed reputation as theirs.”

Other songs being performed are “Transcendent Journey” by the YSU Wind Ensemble, and a newly composed piece by North Hills alum Thomas Starr titled “Kyrie Eleison.”

“It’s always rewarding to have high school students visit us on campus,” said Lori Factor, director of community engagement events. “To have two outstanding bands offer a great evening of music is just a bonus.”

The concert will end with a rendition of “Stars and Stripes Forever” performed by seniors of both visiting high school bands and the YSU Wind Ensemble.

“It’s so exciting to see so many events such as this happening,” Gage said. “Not just for the Dana School of Music, but with YSU in general. There’s a lot of changes taking place and it’s only the beginning.”