For Whitney Tressel, it all started with flipping through magazines as a kid. Now a successful Jersey City local, freelancer and photographer for Google that travels all over the world, she has reached near stardom by reaching for her goals. She has worked at many publications such as Esquire, Rolling Stone, Budget Travel, The Wall Street Journal and United Airlines. Tressel also teaches in five different countries for National Geographic Student Expeditions. 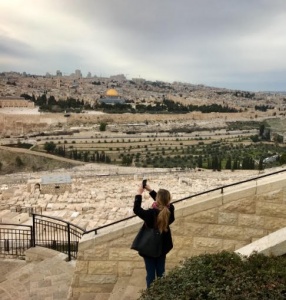 While attending Boardman High School and living in Youngstown, Ohio, Tressel worked for the yearbook staff and always thought that the yearbook photographers looked so cool hanging outside the darkroom together with their hippie camera straps, photographing events and developing film together for hours.

Tressel was motivated by Mr. Thom Fecik, one of her teachers at Boardman High School, who told her that she should become a photographer. Now Tressel travels all over the world to capture moments.

“I love traveling completely, the ups and the downs,” Tressel said. “Traveling all over the world is most definitely tiring, but it’s what I call a ‘fancy problem’ to have, and the experience always wins over the tiredness.”

The traveling photographer’s favorite places to travel tend to be the places that she has spent the most time in, like Dubrovnik, Croatia, Granada and Spain.

“We can all be photographers,” Tressel said. “We all have cameras in our pockets now and self-publishing social platforms to show our work. But can we all be good photographers?”

The photographer market is saturated and an aspiring photographer should cut through the noise and photograph what’s unique to them and what excites them, she advises. 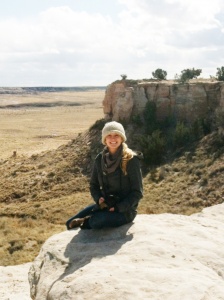 “Wake up early. Talk to that person. Ask one more question,” Tressel said. “Spend time in just one spot. Wait a little longer. Reflect. And also, don’t quit your day job. Yet.”

Jim Tressel, President of Youngstown State University, said that his daughter’s brave soul is only one of the many reasons he is proud to be her father.

“She’s always thinking about the next adventure,” President Tressel said. “We’re awfully proud of her and she works really hard to be good at her craft. She’s fearless.”

Sarah-Marie Land, who is a close friend and colleague of the shutterbug in the National Geographic Student Expeditions program, has traveled a great deal as well all over the world. Paris is one of Land’s favorite places that she has been to with Tressel. 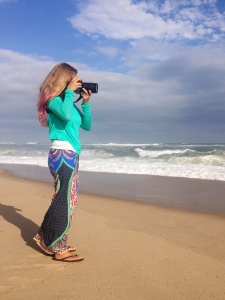 “In the words of Hemingway, from the book A Moveable Feast, ‘If you are lucky enough to have lived in Paris as a young man, then wherever you go for the rest of your life it stays with you, for Paris is a moveable feast,’” Land said. “Traveling expands one’s knowledge, horizons and understanding of a culture.”

Tressel is currently happy with where she is at with her work right now, but she said she is always pushing herself further and plans to make it to all 189 countries.
“This ambition stems from both my parents, Carol and Jim, and my older siblings, Zak and Carlee, all whom kick ass in their fields,” Tressel said.