Some blast it in cars and others bump it in headphones. The rap and hip-hop genres are arguably the most popular genres of music with fans across the globe.

The two genres may be cut from the same fabric, but some believe there is a difference. Local artist, Ron Johnny, spoke about the main difference between rap and hip-hop.

What happens when the widely-known rappers are switched out with local products, like Johnny, trying to make a name for themselves, and if this global fan base is magnified into fans from Youngstown? Are these rappers receiving any support from these local fans?

Clarence “Grizzzly” Gordon sits at Suzie’s Dogs & Drafts and questions the Youngstown environment, and whether or not it can create a platform for him to accelerate his rap career.

Gordon got his first taste of the stage performing in different pop-punk and metal bands as a front man, which led him to perform at, most notably, the House of Blues in Cleveland.

As the different bands faded, Gordon found himself still wanting to perform as well as explore different genres. He dropped his first rap album, “Space Camp”, when he was 21. His most recent album, “Bipolar”, was released in 2013.

Though he is currently dedicated to rap, he is still involved in shows consisting of artists from his previous genre. Gordon said many of his early shows were with pop-punk bands and as of late, they have mainly been with other rappers. 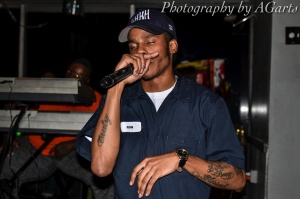 What Gordon has witnessed during his time as a rapper is a decline in inclusiveness amongst different places downtown willing to let him perform.

“I feel like the raw truth is downtown is a little exclusive of rap music,” Gordon said. “In 2011, rap was performed three times a week at the Lemon Grove, but since then it feels like I’m not getting any shows.”

Johnny said local venues aren’t always willing to stick their necks out to give rap and hip-hop artists a chance, but many places have open-mics where anyone can go on stage and perform.

On top of this, Johnny and Gordon both agree the rap and hip-hop community can sometimes lack just that: community.

“We don’t always support one another and it can feel like a dog-eat-dog situation at times,” Johnny said.

Gordon compared the hip-hop community to the rock and heavy metal communities, saying he felt rock is more of a brotherhood, where hip-hop was more about getting money.

Sterling “Da Bopman” Smith is a Youngstown producer and DJ. Having worked with what he said were hundreds of artists, he feels there is a small community of rap and hip-hop artists in Youngstown.

During his time in the studio, Smith has listened in on many different rap styles and noticed Youngstown doesn’t really have a defined sound.

“Being that we’re in the Midwest, we take from the west coast, east coast and southern styles of rap,” Smith said.

This replicating of others’ sound is something Gordon has an issue with. 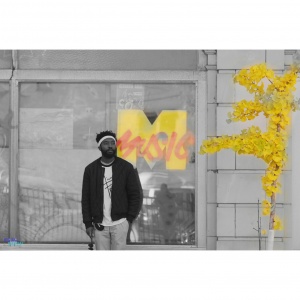 “Instead of stealing other rappers’ blueprints, rappers need to take the time to make their own blueprint,” Gordon said.

Gordon broke the Youngstown rap sound into two categories, one that could be described as a gritty street rap that is comparable to the Detroit rap sound.

The other is where he places himself, a more artistic sound that proves you don’t always have to rap about committing crimes and what life is like on the streets.

Johnny said there are local artists who just copy whatever is currently popular, but then there are artists who are just themselves. He simply defined his style as “real life.”

“You’ll never hear me rapping about cars, money or girls I don’t have,” Johnny said.

Both Johnny and Gordon admit there are disadvantages of being Youngstown rap and hip-hop artists, but neither would want to be doing anything else, anywhere else.

“I enjoy it,” Johnny said. “If you can build a following here then you can pretty much do that anywhere.”

“I want to put Youngstown on [track],” Gordon said. “I want to build skate parks, performance halls for kids and help defeat poverty and if I’ve done that then I’ve won, even if I have nothing.”

Gordon’s next show is July 13 at JR’z Pub while Johnny and Smith will be performing together on April 21 at All City Sports Bar & Grill.