“You aren’t just playing a piece of sheet music. From when you start until you end, you have no idea what is happening,” John Anthony, a music teacher at McDonald Local School District, said. 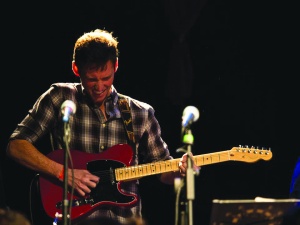 working together to present a TED Talk in January about the importance of musical improvisation.

Anthony met Davis while he was studying toward his Master of Music in Jazz Studies. Davis holds both a master’s degree in Percussion Performance as well as a Bachelor’s of Music in Music Media.

The duo frequently perform together in two different bands, The Vindys and Costley Ct. They also take part in tribute shows for artists such as Miles Davis and Vince Guaraldi.

Davis said that the two were asked to give a TED Talk after one of their mutual friends saw them play with The Vindys.

“We put ourselves in situations all the time where we are trying different kinds of music from pop, to country or jazz music … we were doing a lot of Miles Davis fusion, which really focuses on improvisation,” Davis said. “It [features a] repeated musical idea that you keep adding onto, and we want to show how [improvisation] can bring a whole new different light to the music …”

Davis feels that jazz drumming has made him into a better musician. 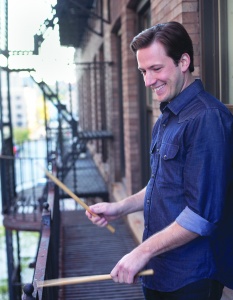 “Jazz drumming is the origin of the instrument to me, it has developed as the present of tech beat. I still find it to be the most challenging to practice and I found it a great technique and show of prowess. So much listening and dynamic is involved when playing jazz and improv music, and it helps with everything else I play.”

Anthony said that the key to improvisation, and its importance, is that it teaches musicians to communicate nonverbally using their instruments.

“Our conversation is going to be looking at the idea of improvisation and how we as a group can talk to one another and communicate musically … Instead of talking or having a preplanned idea [in the music], you communicate nonverbally,” Anthony said. “… You are starting a song with a small idea or no idea at all and how do you create music on the spot.”

Davis said he hopes that because of this TED Talk, more people can understand the true art of improv music, especially jazz.

“Jazz can be intimidating to a lot of people,” Davis said, “and we want to show them how fun it can be. We want to show people how we communicate with each other and how great it can be to play jazz.”

Anthony adds that although improv is found mainly in jazz, it can contribute itself to most other genres of music as well. He said that he thinks learning the art is helpful for any musician and their career.

“… Improvisations [are found] in pop, country and especially jazz,” Anthony said. “How do we create better improvisations? Like that, [learning]. Using the TED Talk, we hope to shed some light on improvisation and educate the students on how music is built and how certain instruments work.”

Using this talk, Anthony said he and Davis wish to help the audience better understand improvisation and how it’s influence still effects music to this day.

“We want to break down these ideas of creating music on the spot and help [the students] understand the concepts and specifics behind [making music],” Anthony said.