Wise, who has a computer science and mathematics double major, will use the award money to pursue a doctorate in Software Engineering at Carnegie Mellon University this fall. She will receive a $34,000 annual living stipend for three years and $12,000 towards her university tuition cost. 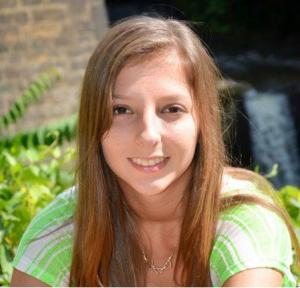 “[This stipend] is very helpful, so that I can do research as soon as possible,” she said.

Only 2,000 of the 13,000 applicants were selected for the national fellowship. The National Science Foundation awards science, technology, engineering and math students who are pursuing a research-based master or doctorate degree at U.S. accredited universities.

“(NSF)’s goal is to fund students that they believe are going to make a huge impact in their field,” Wise said.

Alicia Prieto Langarica, an associate professor in the Department of Mathematics and Statistics, said Wise is a great candidate for the fellowship.

“She is one of the smartest students we have [in] the mathematics department,” Langarica said. “But in addition to her undeniable talent, Jenna is also a really hard working student who is very committed to the scientific community.”

Wise wrote a research proposal for her application to expand on her senior project, iTrace, which collects eye movements of developers when they’re reading code.

This is not the first scholarship Wise has received; she was a recipient for the Barry Goldwater Scholarship in 2016, among other awards. She has also done numerous internships at institutions such as the Massachusetts Institute of Technology.

Wise said her goal is to become a computer science professor after she graduates from Carnegie Mellon University. She tutors at the Math Assistance Center and said she loves to help others learn.

“Another goal of mine is to work with outreach in minorities in computing because there are not that many women and other minority groups in my field,” she said.