Russ Nolan, a New York-based jazz saxophonist, will perform and host a workshop at Youngstown State 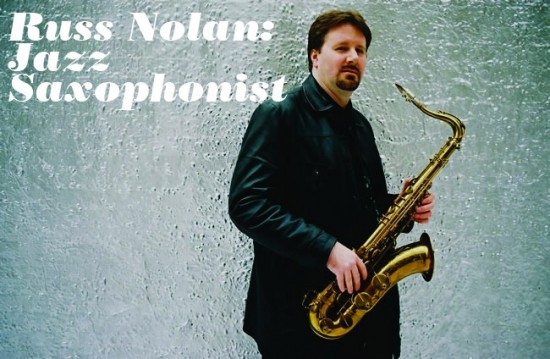 University and play at Christopher’s Downtown in downtown Youngstown on Friday.

Theron Brown, YSU’s instructor of jazz piano, has a trio that will back up Nolan for the master class/performance. The performance is 1 to 3 p.m. in the YSU Dana School of Music.

Nolan will be performing some of his original tunes and arrangements for YSU students. The purpose of the class is to discuss composition techniques and ultimately encourage students to go out and create something of their own.

“In other words, I’m taking them through the creative process,” Nolan said.

Christopher’s Downtown is located at 100 Federal Plaza East in downtown Youngstown. Nolan’s performance at Christopher’s is 6:30 to 10 p.m., with a jam session involving YSU students mid-performance starting at 8 p.m.

“They’re good people at Christopher’s, so we should have a really nice time,” he said.

Aside from his performances in Youngstown, Nolan will be playing a jam session in Akron at BLU Jazz+ with Brown on Thursday. On Saturday, Nolan is performing at BOB STOP at the Music Settlement in Cleveland from 8 to 11 p.m.

“First of all, I never planned to be a musician,” Nolan said. “I wanted to be a professional athlete — I’m sure that’s not unusual. Baseball was what I thought I had a chance of doing beyond high school.”

After trying out for some minor league baseball teams, Nolan decided to become a musician, studying at the University of North Texas.

“The great thing about New York is that the world’s best come there to play and study,” Nolan said. “The ethnic influence you have from all parts of the world — they come and they infuse their music with jazz. It’s a great thing.”

Toronto is the next stop on Nolan’s tour. Later in the year, he will be teaching in Savannah, Georgia, Houston, Texas and then Toronto again.

“But it’s amazing,” Nolan said. “The education system is good, and people are interested in learning and performing jazz. There are still some jazz clubs remaining down in that area.”

Some of Nolan’s albums are “Tell Me,” “Relentless,” “With You In Mind” and, his latest release, “Call It What You Want.”

More information about Nolan’s exploits, releases and upcoming shows can be found at http://www.russnolan.com/.

“I’m excited to meet everybody in Youngstown — check out the scene, hang with the students and play with the great musicians,” Nolan said. “It’s going to be a fun time.”