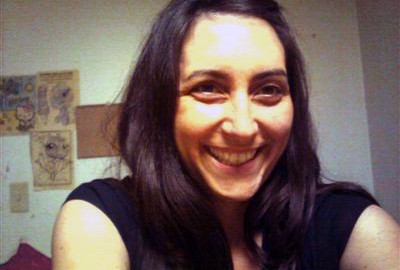 Though Youngstown State University holds quite a number of exceptions, the average 20-something college student is still wavering between the life of a teenager and the life of an adult; the safety net, for many, is still in place. College is the last bastion of freedom with limited responsibility.

Zone is a non-traditional YSU student and a single mother, who chooses not to have a partner at the present time. Zone is also on government assistance.

She said she is judged for choosing to go to school, remaining single and requesting government assistance and she has been called “white trash” and “man-hater.”

Zone told a story to highlight her point. After watching the movie “Frozen” with her daughter, she made the comment that she loved how the princess saves herself instead of having a man or prince save her.

Her dad overheard and asked her why she was a man-hater. These words shocked her.

“This was not the first time someone had used the term ‘man-hater’ with me. People feel very free in saying things to people who seem to be living their lives in a different way, but each time these things — man-hater, white trash — have been said to me, it was always in the wake of me doing something productive for my life,” Zone said. “I was going to school, so I went on government assistance in order to put forth my full energy into learning so I could come out on the other side strong enough to have the career I wanted.”

She added that her choice to remain single has encouraged quite a bit of unwarranted guesswork out of friends as to her sexuality.

“I had married friends, who were having marital issues at the time, ask about me to other friends — ‘Why isn’t she searching for a relationship? Do you believe that she is sexually confused or just a lesbian?’ — when I was trying to sort out my life,” she said. “Honestly, I still don’t understand how any of those paralleling conversations — man-hater, white trash/going to school, homosexuality/not-dating — can connect, but it confuses people to see people acting in a way they are unaccustomed to.”

Though the words still bite, Zone said she has a system to deal with the speakers.

“The day I stopped letting other people get to me? They still do, sometimes, sadly, there are no quick answers with that … I mean, I am human, but I know how to let it go and not allow it to stick. It just may take longer than other times. Those other times I just stare at someone who decides to put their judgment upon me — because I never know what to say to these people,” Zone said. “I don’t take the judgment personally anymore, either way. I have found that people generally only say something negative because they are scared, they see something in someone else that is so familiar to them, but yet so uncomfortable they don’t know how to deal with it. Or they are very unhappy with their life, so they have to point out what they deem a flaw or oddity in another person to justify their lifestyle choices. I have found that judgment is never really an attack on a person so much as it is a personal attack of one’s own character.”

Zone also gave advice to people who fall into social stigmas that are not deemed as “normal” and are therefore not easily accepted.