Located on Lincoln Avenue in Youngstown, DNA Studios is a piercing and tattoo parlor owned by Roy Schmidt. DNA Studios is open for the public to experience the inked and pierced works of the Fellows family.

Joshua Fellows, a tattoo artist and piercer at DNA Studios, said he started this line of work in high school. He said he was noticing tattoos on people that caught his eye, but was also exposed to people getting bad tattoos.

“It made me sad,” Joshua Fellows said. “I was doing good art, but I didn’t know how to tattoo, so I just kind of dove in.”

Joshua Fellows said he started tattooing himself, family members and friends and has learned along the way from mentors. When it comes to creating an idea for a tattoo, he said some people bring in references to be taken as an idea, and they will add their own twist to it.

“Each artist is definitely going to have their own feel, their own style in their artwork,” Joshua Fellows said.

Joshua Fellows said he generally tries to steer people toward art. He said a lot of people think that something may look good on paper, but it might not look good on skin. 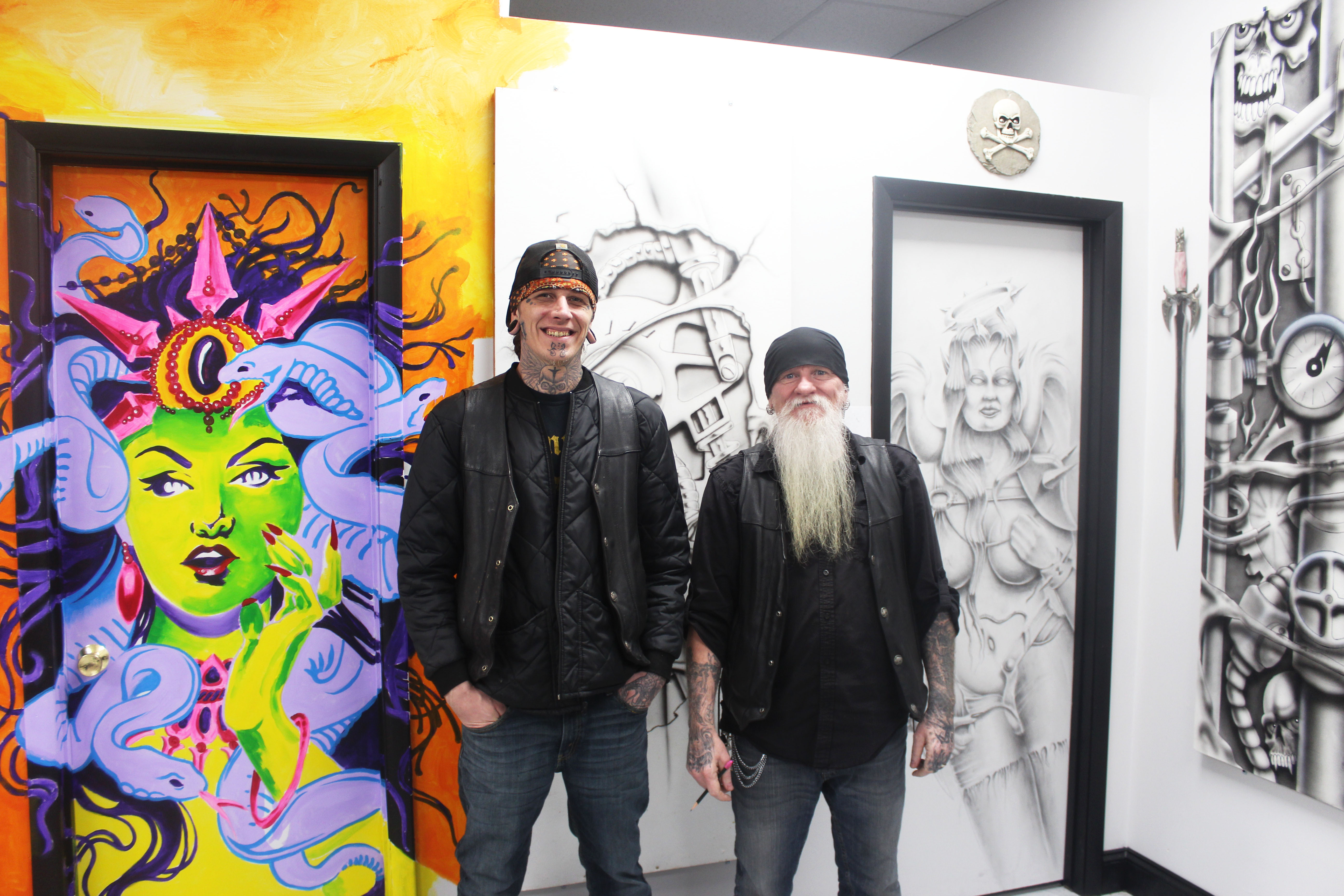 “I try to educate people in just getting good artwork,” Joshua Fellows said. “I think that every artist here is going to do that for you.”

Joshua Fellows said he and the rest of the DNA Studios employees are here to serve the community through piercings and tattoos to make sure they’re giving people the best.

“Every day, we’re in 100 percent,” Joshua Fellows said. “We also want to do collaborations with different art galleries, artists, whatever it is.”

Joshua Fellows said collaborating on projects as a community and benefitting certain non-profit organizations are goals, but DNA Studios’ main drive is art.

“That is our goal,” Joshua Fellows said. “Good art, all the time, consistently.”

Joshua Fellows said if anyone is interested in learning more or contributing to DNA Studios, they shouldn’t hesitate to either stop in or just hang out.

Mark Fellows, father of Joshua Fellows and a tattoo artist at DNA Studios, said he’s been in this line of work for 14 years. He said he’s been an artist ever since he was a kid, and although he is a musician as well, he said he has kind of kicked that aside for the art.

“This is really what my passion is. I’ll do anything, but I really enjoy black and gray work,” Mark Fellows said. “You can’t pick and choose what you want, but you just gotta do what comes along.”

Mark Fellows said he and his son Joshua Fellows have been wanting what they have now for years. He said they used to work in other shops together, but when the DNA Studios opportunity opened up, they took it.

“This came along and it’s like, this is us,” Mark Fellows said. “This is us, so we’re digging it.”

“We want to make sure people are getting quality ink and quality piercings,” Exists said. “We’re able to provide that.”