Pete’s Planners is a student organization at Youngstown State University that helps organize, run and maintain campus-related events. The group helps put together events such as Welcome Week and homecoming festivities.

Wyatt Miller, sophomore computer science major, is an outreach coordinator for Pete’s Planners and was responsible for setting up the open mic night.

“I had originally pitched the idea when asked in a meeting what we would like to have happen during Welcome Week,” he said. “I participated in several last year and am very fond of them.”

Miller performed two pieces from Bach’s “Six Cello Suites” on his cello and played “Gravity” by John Mayer on his guitar.

“I’ve been playing the cello for a little over nine years,” he said. “I got into [it] before middle school because students had to choose either band or orchestra.”

Miller said future events are still in the planning process, but he hopes for more mic nights in the future.

Hannah Rosser, freshman musical theater major, also attended and said she had a great time. Rosser sang “Friend Like Me” from “Aladdin” and “Take on Me” by Ah-Ha.

“This was the first open mic night I’ve ever been to,” she said. “I’d definitely go to another one on campus.”

Rosser said her performance of “Friend Like Me” was the first time she’s performed it in front of other people. She said she hopes to refine it, as she will be using it for future auditions.

“My best advice to people who get stage fright is think of how you’ll feel after,” she said. “You’ll feel so good and so confident after you do it.”

Rosser performed “Take on Me” with Makayla Contestabile, a freshman biology pre-vet major.

Contestabile said she started singing when she was younger. Her mom sang to her when she was a child, which led her to take an interest in singing.

She gave advice for people who feel nervous to perform in front of crowds.

“Go with friends,” Contestabile said. “It’s good to go with a support system. It makes it easier.”

Contestabile said she enjoyed the Welcome Week festivities and YSU has helped her make many new friends. 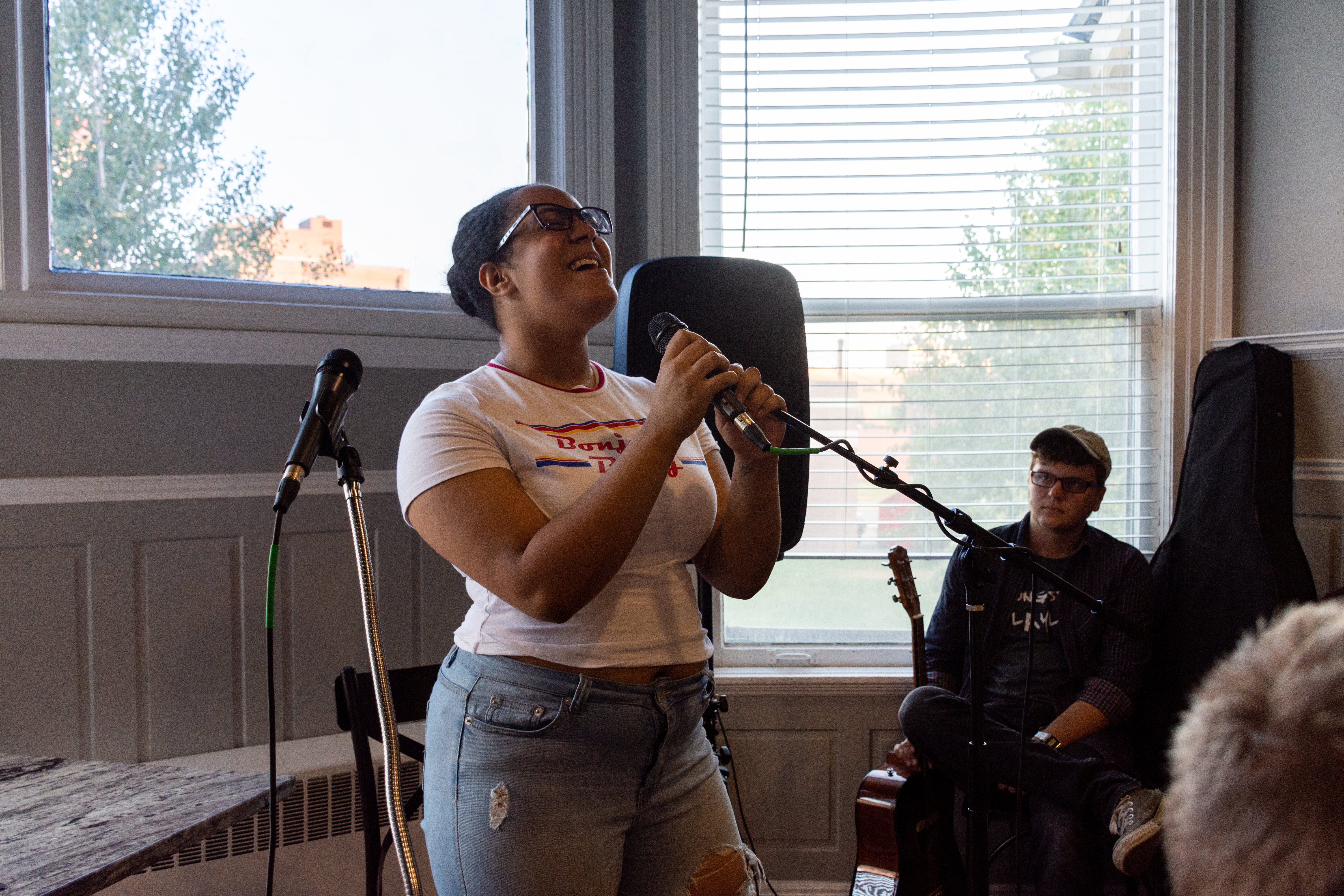 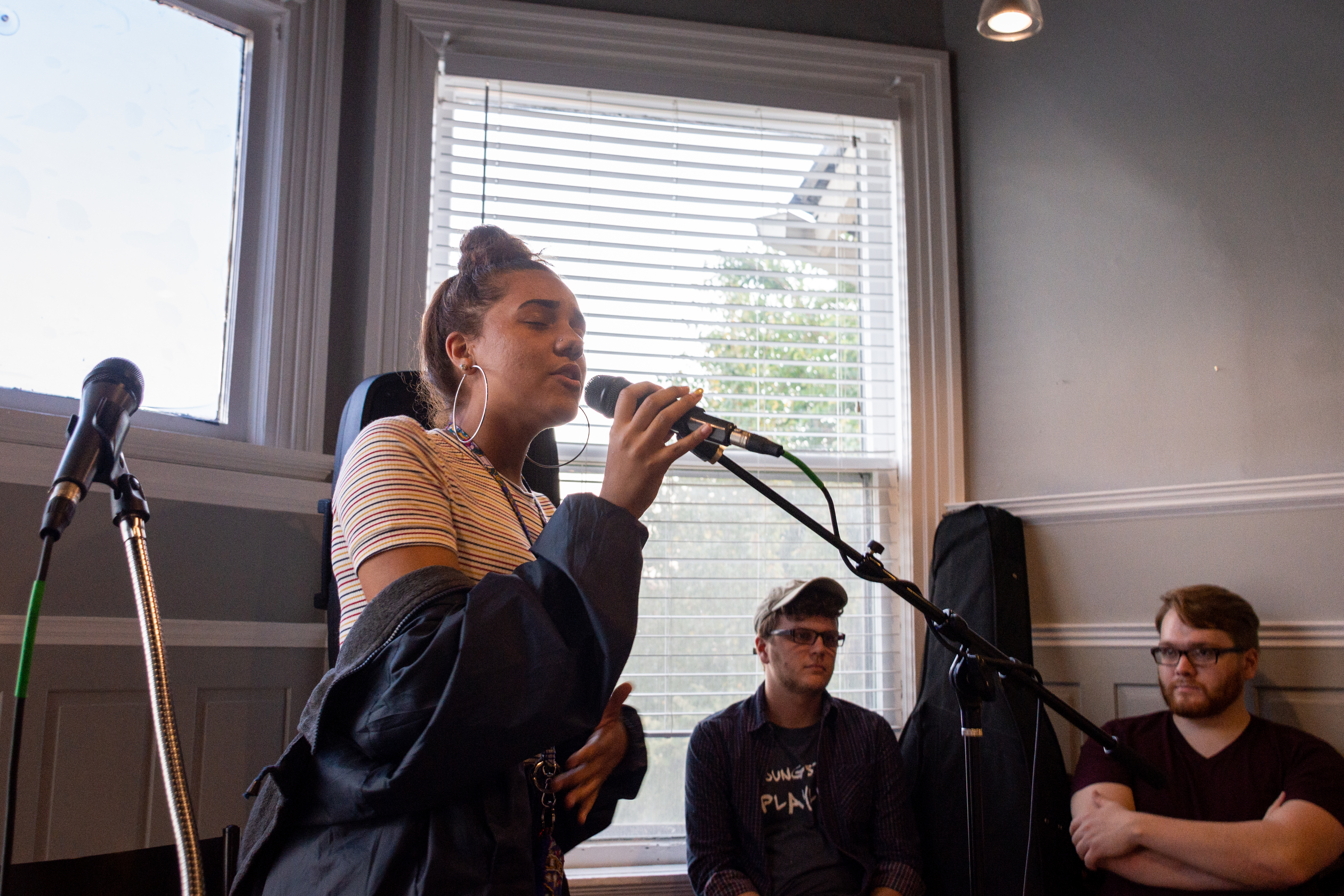 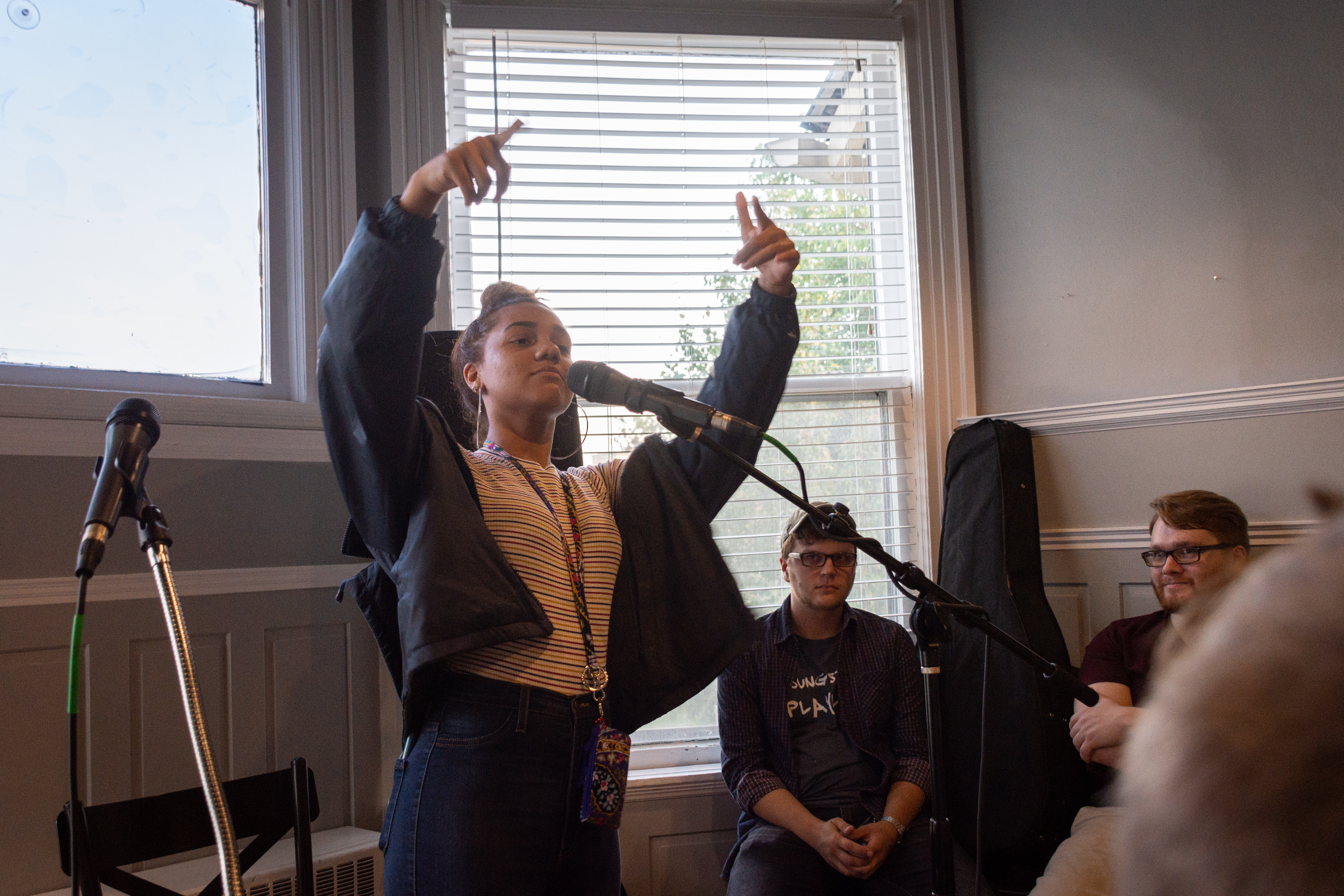 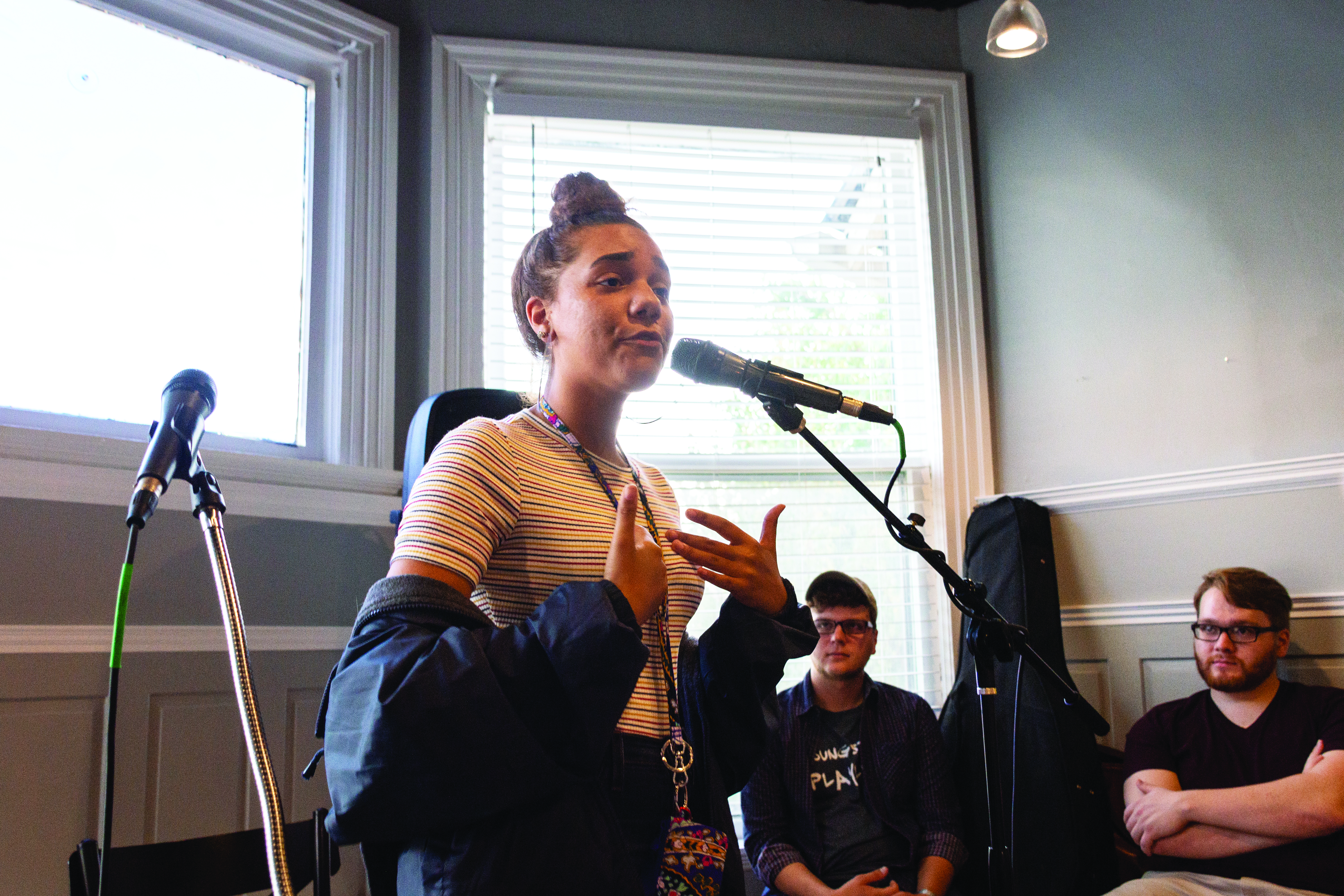