On Friday night, in his room at the Marriott Pere-Marquette near Macomb, Illinois, freshman guard Gavin Wiggins was thinking about the Youngstown State University football team’s upcoming game against Western Illinois 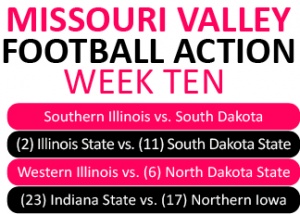 Wiggins was about to make his first career start for YSU. The Penguins had a 2 p.m. kickoff against the Leathernecks but Wiggins had trouble sleeping. His roommate Cole Newsome tried to calm his nerves heading into Saturday’s game, and it looks as if it might have worked.

“The night before I couldn’t sleep,” Wiggins said. “I was just pacing back and forth in the hotel room. My roommate was like, ‘You have to get some sleep or you’re not going to play at all tomorrow.’”

With the playoffs on the line, the Penguins were able to settle their nerves and pull out a 23-21 victory over
Western Illinois.

Two weeks ago, YSU head coach Bo Pelini said, “In certain areas, some guys are going to need to step up.” Last week’s game against the Leathernecks allowed several players, including Wiggins, that hadn’t seen time early in the season to get their first taste of college football. 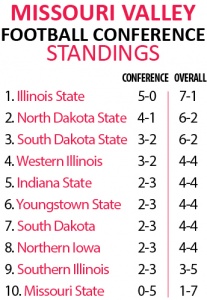 Freshmen and sophomores like Lee Wright, Armand Dellovade and Darien Townsend have stepped up in the last couple games. Pelini has been trying to find the right combination of players to give the team the best chance of winning, and with recent roster changes to the starting rotation, younger players will be relied upon heading into the end of the season.

“Injuries happen, different unforeseen things happen and that’s part of the game. We’ll just have to see how it goes,” Pelini said. “I take it week to week, we’re creating competition in practice, guys have opportunities and it’s what they make of their opportunities.

“It’s not always a perfect science, but last week we had some true freshmen step up, and a number of guys who started the game for the first time or played more significant minutes — and that’s a week-to-week thing. We’re going to need different guys to step up as we finish out the season, as we keep progressing through the season.”

Now, the Penguins are back at home for two of their final three games this season with Missouri State University next on the schedule.

Missouri State (1-7, 0-5 in the Missouri Valley Football Conference) has been a thorn in the Penguins’ side during their visits to Stambaugh Stadium. The Bears have a 2-6 record at YSU and have won the last two games in Youngstown, 2009 and 2011.

YSU beat Missouri State 14-7 last season. This year is considered a rebuilding year for the Bears. The only win on the Missouri State schedule came after a 21-13 win over Chadron State University.

“They have a couple good backs. They hang into a number of games early on,” Pelini said. “I think they’ve had a hard time putting together four quarters of football. It’s obvious that they’ve really got remarkably better when I went back and watched some of their early games. They’ve got a lot better as the season’s gone on. I think they’re searching for some consistency, but they’re playing a lot of young guys.”

“They’re rebuilding right now. At times they show that they’re very capable of playing good football. At the end of the day, I’m not real concerned about Missouri State — I’m concerned about us. I’m concerned that we continue building on some of the things that I thought were very important for this program this past Saturday.”