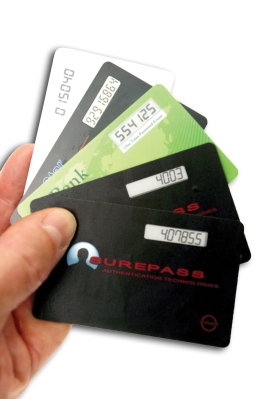 Junior Maria Brockman has carried her Home Savings and Loan Visa credit card for almost a year. She uses it to pay for her parking pass, books, food and gasoline.

“As long as you control spending, a credit card is a good thing,” she said. “I don’t look at it as a bad thing because it can build credit.”

While Brockman responsibly pays her credit card bill, the same cannot be said for most college students.

According to “Financial Literacy and Credit Cards: A Multi Campus Survey,” 70 percent of undergraduate students have at least one credit card — but that 90 percent of those students failed to pay their bills off in full each month, leaving an indeterminable amount of accrued debt.

The study, conducted by researchers from Texas, Oklahoma and Massachusettes, also found that fewer than 15 percent of students claimed to know the interest rate they were paying.

Brockman said she understands the responsibility that comes with having a credit card. She employs several practices to ensure responsible spending.

“I don’t carry my card with me if I’m going shopping, so I’m not tempted to use it. Actually, I just keep it in my room,” she said. “I also make sure that I pay my bill on time.”

The Jambar conducted a nonscientific survey of 100 students in DeBartolo Hall, Williamson Hall, Cushwa Hall and Kilcawley Center. The survey asked if students have a credit card, how long they’ve had it and what purchases they make with it.

Some students, such as junior Zach White, don’t have a credit card. He prefers to use cash and his debit card to pay for items.

“I don’t think I need one. I’ll probably get one after I graduate,” he said. “I’ve never had any problems because I didn’t have one. One time I needed a hotel room, but I ended up paying cash after check-in.”

Junior Josh Fuchs doesn’t have a credit card and said he has no plans to get one.

Fuchs said he has not run into any issues due to not having a credit card.

“I have built credit with my truck loan, and if I need to use a card, I’ll just use my debit card,” he said.