Youngstown will be home to a new amphitheater, an outdoor concert venue for people to see live performances exclusively outside the Covelli Centre. 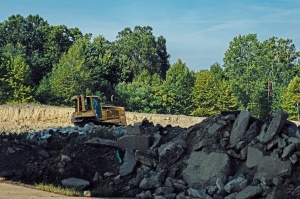 “We continue to move dirt onto the site to establish the proper elevations. I expect next month bids for the construction of a new 84 sewer line that will go on the back of the site from one end all the way over to the Covelli Centre,” McNally said.

JAC Management, the group that runs the Covelli Centre and brought the Zac Brown Band to Youngstown, will serve as managers for the project.

McNally said construction will be done by next year or early 2019, with concerts appearing there shortly after.

“Given the pace of how it’s going, I’m hoping that construction will be completed by the end of next summer, but I think, realistically depending on how the seasons and construction go, it could stretch into 2019 as well,” McNally said.

David Bozanich, finance director for Youngstown, said the project will cost about $8 million.

Bozanich said the city will not be issuing any long-term debt from the project. 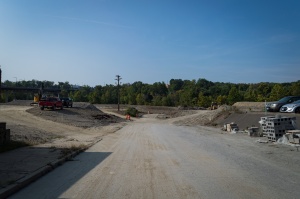 Michael McGiffin, events coordinator for Youngstown, said the amphitheater is being built to improve the quality of life for residents and visitors, economic development and to stimulate the downtown area.

“What the amphitheater will do is allow for people to compete and draw events in the second and third quarter,” McGiffin said. “A lot of events that go into arenas such as the Covelli Centre, whether they are concerts or shows, will only do indoor shows in the colder months so it’s a lot of outside venues that are able to buy acts and buy shows during warmer months.”

The amphitheater will save a lot of money on bringing concerts and events to the Mahoning Valley, McGiffin said. 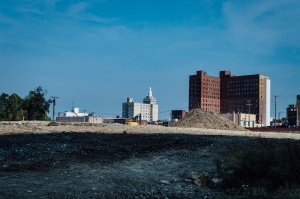 “It’s going to act as a turnkey venue for a lot of the events that occur within the downtown area,” McGiffin said. “We’re building a venue in the middle of the street, so some of these street festivals and concerts that we put up in Central Square are very expensive to do because we’re building a venue every time an event happens. Having an amphitheater will eliminate that need to spend money on production infrastructure.”

McGiffin said this will be another mark of downtown Youngstown thriving again.

“We got over 2,000 people working in downtown on a regular basis. We have 12 new bars and restaurants that weren’t here 13 to 14 years ago and I’m in firm belief that we have already started making a comeback and we’re just continuing to work on it,” McGiffin said.