According to a 2011 Brookings report, Youngstown had the highest concentration of poverty in the nation with 49.7 percent of people in poverty.

Youngstown State University student group Bridges Out of Poverty Student Union often holds a poverty simulation to show people what living in poverty is really like.

The poverty simulator will be at 2 p.m. in Kilcawley Center in the Chestnut Room on Feb. 3 2017. 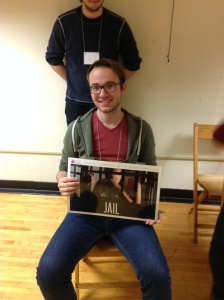 The age and gender of participants is randomly assigned, and some may be given a baby to care for. The end goal is to survive one month in poverty; every 15 minutes equals one week and the simulator lasts four weeks.

Faculty advisor Karla Krodel said, “The people who are going to participate in the poverty simulation are actually going to be discovering and learning about poverty because they’re going to take on the role of a person in a family who is in poverty.”

Participants start as low income, just on the poverty line, and must complete certain tasks every week. They must keep their house secure, feed their family, consider transportation to get to work or take children to school, pay the bills and more.

“It’s not a game; it’s a simulation. It simulates the pressure and stress that having a low income puts on people,” Krodel said. “It shows how your choices can be narrowed down and you might find yourself making choices that you wouldn’t normally make.”

Krodel said most people find the simulation eye-opening and difficult, but she has never had anyone tell her they didn’t like it. 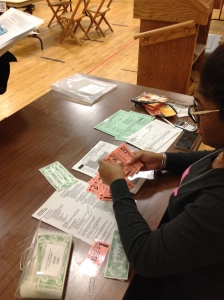 “At the end when we do questions, they said it’s different,” said Mecca Sims, a YSU student who has helped with the simulation in the past.

At the event, ‘community resources’ will be staffed by students like Sims working with BOPSU and other volunteers.

“They would be welfare, daycare, pawn shop, utilities and other stuff,” Sims said.

In a previous poverty simulation held for the honors college, Krodel said students learned just how important having reliable transportation is. In the simulation, you can’t visit any of the resources without a transportation pass, as one of the students quickly found out.

The unnamed honors student did not give up, and like many she did figure it out.

“By the end of the simulation, people are finding other ways, and that’s what’s interesting,” Krodel said.

Krodel said she hopes the poverty simulator helps people understand what life in poverty is like and motivates people to help reduce poverty.