Joseph Mosca was named the interim provost and vice president of academic affairs at Youngstown State University by the Board of Trustees on Thursday.

Mosca, who has been the dean of the Bitonte College of Health and Human Services since 2009, was recommended by YSU President Jim Tressel and the University Affairs Board of Trustees Committee to serve in the position.

According to the University Affairs Agenda for June 6 and 7, Tressel suggested Mosca because “he has the experience and knowledge to advance the University’s academic mission at this time.” 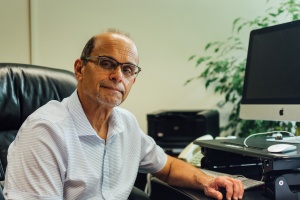 The YSU News Center states Mosca has been part of the faculty at the university for 31 years.

Former Provost Martin Abraham resigned from his position on May 11. He returned to his position as a tenured professor in the Department of Civil, Environmental and Chemical Engineering.

Tressel said the process to recruit a new provost will take between six and 12 months. He and the Board of Trustees will appoint a search advisory council for recruitment.