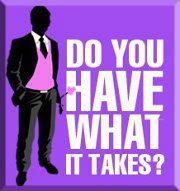 The pageant will be held in the Chestnut Room of Kilcawley Center from 6 to 10 p.m.

John Monroe, a Sigma Chi brother, said he first participated in Xi Man in the spring of 2011, which was also his first semester involved with Greek Life.

“It was a wonderful way to integrate all the chapters together, and I got to know a lot of great people from other fraternities and sororities,” he said.

After this year’s event, one man will be crowned the Philanthropy Champ and another as the Xi Man Overall Champ.

Autism is a developmental disorder that typically begins in children in their first three years; it is characterized by trouble communicating with others, difficulty forming relationships and behavioral patterns involving repetitions of restricted focus.

“Our job is to just do whatever we can to help find a cure and to bring attention of how bad autism can affect our society today,” she said.

Kayla Micco, the philanthropy chair of Alpha Xi Delta, said this year’s theme is “If I Could Be Anyone, I Would Be … ” Participants will dress as their choice for the pageant.

Monroe said he is keeping his persona a surprise.

“The only people who know are myself, my coaches, Laura Krcelic and Sara Pretoka, and the sisters of ZTA, whom I am representing in the competition,” he said.

Aside from the silliness the pageant may bring, the sisters also impart an important message about autism awareness.

“It used to be 1 in 105 children have autism. But today, that number has changed to 1 in 88 children that have been diagnosed with autism,” she said.

Monroe said the disorder has both economic and physical effects.

“More people need to realize how expensive it is to pay bills for the disease,” he said. “That’s why it is important to raise all the money we can.”

In the week leading up to the pageant, the Alpha Xi Delta sisters will set up informational tables in Kilcawley Center to spread the word about autism awareness.