A northern Ohio mother called recently to thank me for taking a public stand against Issue 1 on this fall’s ballot. She wanted me to know that a drug court has been the last resort for her addicted daughter. Issue 1, she said, would shut down the only institution that has helped her daughter, and would tie the hands of the people helping her. That was a reference to a judge and his court personnel.

Her knowledge of the problem was deep because she’s lived the life of an addict’s mom.

“It takes the brain more than a year, 18 months at least, to recover from opioid addiction,” she said of her daughter. “Until she was charged with a felony, she had no help. She needs time for her brain to get better.”

A drug court and medication-assisted treatment, known as MAT, was seeing her daughter through. Issue 1 would shatter this system in Ohio.

This caring mom got it right — not because she’s a medical professional. She’s not. It’s because she is living the painful reality of mothering the child she loves and living through the ups and downs – mostly downs – of an addicted child.

She sees clearly the one way out for her child – a caring judge, a functioning drug court, and medication-assisted treatment.

Many Ohioans probably don’t know about the drug-treatment infrastructure we’ve built over the past decade to fight addiction and save lives. They are called drug courts and we have 170 of them in our state. They are designed to take extra steps – through extra caring, concern and focus on the individual addict.

This system is working. The problem is huge, so the progress of drug courts isn’t always apparent to the casual observer. But in county seats around our state, drug courts are putting people first, and helping them win back their lives.

Why would Issue 1 devastate these courts?

Issue 1 is a proposed constitutional amendment. It would carve into legal stone the right to possess small but deadly amounts of some drugs and face only a misdemeanor charge for those who get caught. Possession of less than 20 grams of fentanyl – the synthetic opioid ravaging our state – would be a misdemeanor. Yet, 19 grams can kill 10,000 people. This drug is so dangerous that first responders face sickness and death just by breathing it.

The fortunate addict is the one who is arrested and enters a drug treatment court, incentivized to complete the program because not doing so would bring a felony conviction and prison time. Take away the felony and where is the incentive?

I agree with those who say that, for too long, we have tried to arrest and incarcerate our way out of the drug problem.

But with a more-enlightened way of thinking about addiction comes a new way of addressing its treatment. This means treating addiction as the disease that it is. And it means having social structures in place to help the addicted. That’s our drug courts.

Accountability is where the courts come in.  Judges should not be precluded from exercising their discretion when they have a drug-addicted defendant before them. That’s what Issue 1 would do. It would take away the discretion of prosecutors to charge and judges to judge – and care. And because it would be a new part of our constitution, our legislature couldn’t change it.

Issue 1 is a disaster that would worsen our opiate crisis. I implore Ohioans to reject it when they enter the voting booth. 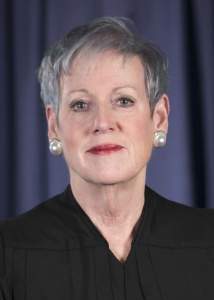