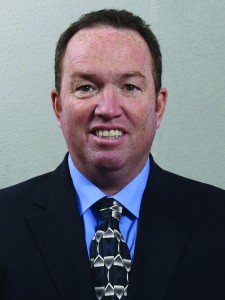 Last spring, the Youngstown State University baseball team experienced a magical late-May run. After finishing the regular season with a 12-36 regular season record, the Penguins swept through the Horizon League Tournament in four games to capture the conference championship and earn a bid to an NCAA Regional in Bloomington, Indiana. There, YSU lost to host Indiana University in its first game before upsetting Indiana State University, 5-2, in its second contest. The Penguins 13-day run, in which they went 5-2, finally came to an end with a loss to Stanford. Now midway through their fall practice season, head coach Steve Gillispie recently took some time to discuss last season’s incredible ending, the benefits that have resulted from that run and where the team goes next.

How surprising was the Horizon League championship and NCAA Regional run to you?

I felt that all along that the ability was there and that maybe we just didn’t show up on a day-in day-out basis in the regular season. But watching the way we played, it wasn’t too surprising because several of the young guys played really well at the end and that’s one of the reasons we recruited them. We thought they the ability to do those kinds of things. Then some of the older guys really accepted the challenge to go out with a bang.

What did those accomplishments do for the mindset of the program?

I think we kind of broke the ceiling that maybe we can now push through a little easier, not looking around and wondering if we belong and can compete. I think our guys now see with who we played there at the end — and it wasn’t like it was a bad year in the league — to do that with those teams, hopefully it will show that we turned the corner.

Having took over the YSU head coaching position two years ago, is the timeframe of the rebuilding process on schedule with what you initially imagined?

It was probably a little quicker to get to some of the achievements that we had — some of the wins we had and some of the people we’ve met — than what I thought. But I think it’s been a fairly decent timeframe of what we thought we can do. We thought we could at least improve the talent level in a short period of time. Then it would just be a matter of how we played. So it’s happened maybe a little more quickly, but about what we thought.

What are the goals for the program moving forward?

Obviously the goals are a regular season championship in the league, having a winning record overall and then down the road, hopefully we can compete in Regionals and have a chance to win it. So there are still goals ahead of us, but I think as long as we keep striving for those, we’ll be more consistent in what we’re doing. We want to be a program that nobody’s going to look at and say ‘That was a fluke. They just got hot at the right time.’ We want it to be a thing where there’s day-in day-out, year-in year-out respect for the program.