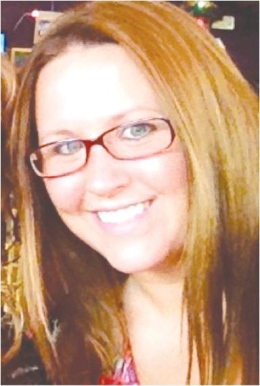 Six days after returning from the salt-sprayed sands of South Carolina, Amanda Binion said she felt a pain like nothing she ever felt before.

She was admitted to a local hospital and transferred to intensive care at the Cleveland Clinic for 16 days, only to find out she was suffering from a fatal illness called acute necrotizing pancreatitis, which is the inflammation and eventual destruction of the pancreas.

Doctors told Binion the disease came after she had her gallbladder removed during finals week in the spring. Her pancreas became infected. Her body was filled with gallstones.

Binion’s pancreas was ultimately destroyed, but about 90 nutrient pills a week are keeping her alive.

Cysts remain from the deteriorated pancreas.

The pancreas controlled her blood sugar, and Binion now suffers from diabetic symptoms. She will need a transplant as a last resort.

Binion’s family is no stranger to hardship. Binion’s father lost his job this summer after RG Steel closed.

Her mother is a stay-at-home mom, so Binion is left with the medical bills. However, she’s unable to work due to the side effects of her condition.

Requiring special medical care at home, Binion rarely leaves her house. She can no longer exercise, but she recently stopped using a feeding tube.

The 22-year-old was pursuing a degree in nursing at Youngstown State University. She expected to graduate this spring, but after succumbing to this unexpected illness, her nursing degree is on hold.

“She has not been in school this year, and she misses it. I know she would love to come back,” said fellow nursing major Ben Roberts.

Roberts is just one of Binion’s friends, family and nursing classmates who are raising money to help her pay medical bills.

The nursing students will host a bake sale on Thursday in the Cushwa Hall lobby from 8 a.m. to 3 p.m. There is a spaghetti dinner fundraiser set for Nov. 18 from noon to 4 p.m. at Ciminero’s Banquet Centre in Niles.

Tickets are $10 for adults and $6 for children ages 4-12. Tickets can be purchased in advance, and they will also be sold at the door.

“We’re trying to say the YSU community should help each other out,” Roberts said. “We want to show YSU nurses care about people in the program. Nurses are supposed to be proactive people, and we want her needs to be met.”

Roberts has hope for Binion to return to school, saying her condition has improved.

“But she’s not out of the woods yet,” Roberts said.

Binion said the process has been mentally stressing and that she’s anxious to complete her degree.

Binion said she won’t give up hope because she wants to eventually graduate and go back to a semi-normal life.

“I am motivated to get back to school and become who I used to be,” Binion said. “I’ll never be 100 percent or as healthy as I used to be, but everyone has been really supportive, and it helps me feel like I am getting stronger.”