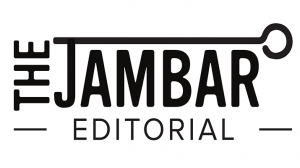 Full-time faculty members may go on strike Monday, due to Youngstown State University board of trustees’ rejection of the fact-finders report last Monday night. The report was created by an impartial mediator after contract negotiations stalled this summer. The fact-finder suggested the faculty receive a 6% pay raise over several years, and rejected an “Act of God” clause that would allow the university to cancel the contract under circumstances beyond their control—such as a pandemic. Contract negotiations resumed Wednesday, so discussions aren’t over yet.

Though both parties stated they don’t want the strike to disrupt our education, one of two things will occur. Either the university will bring in substitute teachers—which seems unlikely, given there are 340 unionized full-time faculty members on campus. Or, classes will stop. During this time, on-strike faculty members will lose all access to their YSU emails and offices. Courses taught by adjunct and part-time faculty members will not be officially disrupted.

Under the control of content a professor has over their classroom, they are not required to accept work done under a substitute teacher once re-hired. However, not attending class or ignoring homework is a risky game. Some professors may choose to let the work stand. If, unthinkably, faculty are not re-hired by the end of the semester, all work done under a substitute will stand. Will we even be able to learn without the teachers we’ve gotten to know? A lot of problems arise from the strike. One thing we shouldn’t do is blame the teachers for fighting for what they want or for what they are entitled to.

While a strike would be nice to give us a break from the exhausting experience of Blackboard, Webex and Zoom, we hope both sides come together and resolve their differences. This year has been confusing enough.