Several university employees analyzed comments from last month’s open forums to discuss the results of the campus climate survey, and many respondents would like to see a radical change in management style or the complete removal of the provost. 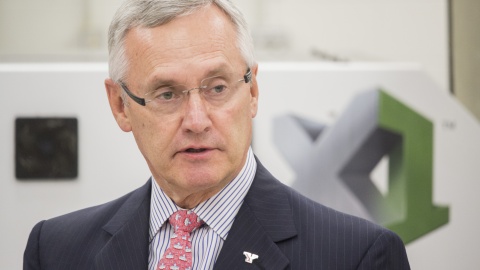 Jim Tressel, president of Youngstown State University, said the provost position is one of the most difficult on campus, and Martin Abraham stepped into the position during a time of challenges, including declining enrollment, decreased state funding and a budget deficit.

He acknowledged that the provost, as well as himself and the rest of his administration, needs to communicate better with faculty and staff regarding decisions that affect the university. He said they are looking for ways to address this.

“Part of my objective is to make YSU better,” he said. “I’m always interested in getting better personally.” 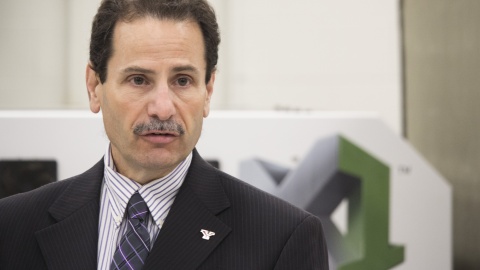 A large number of comments received during the open forum process expressed frustration with Abraham. Respondents also disapproved of the way Abraham has hired, without going through the search process.

Tressel took responsibility for the decision. He said problems needed addressed immediately, and he thought the university would be better served by forgoing the search process.

The report also expressed a desire for better communication and pay equity.

Tressel said the items need to be prioritized based on how they affect the entire university, not just the Board of Trustees, senior leadership or faculty and staff. He acknowledged that the university has been going through challenging times the last few years.

“When you face those realities and do what you need to do to get the enrollment and retention rate going back up and the budget deficit erased, that can be a painful time,” he said. “Unfortunately that’s where we were.”

Now that the university is improving on those fronts, Tressel said they can address concerns raised by the survey.

“We had to gain stability,” he said. “I feel good about the fact that after two years we gained good stability but that doesn’t mean there aren’t going to be challenges.”

Gabriel Palmer-Fernandez, chief negotiator for the faculty union, said Tressel and Abraham inherited a mess, but they haven’t remedied it.

“Once Tressel and Abraham took over the senior leadership, they brought to the university leadership styles and conceptualizations of power that adversely affected an already strained institutional culture,” he said.

“The unsurprising result is a rather negative campus climate marked by low morale, absence of shared governance and a widespread sense of lack of respect,” he said.

A need for shared governance has been a repeating theme in the discussions of the campus climate survey. Abraham said senior leadership wants to improve communication, but they’re not sure how to go about doing that as of yet.

Chet Cooper, chair of the Academic Senate, said faculty and staff desire to be consulted by senior leadership in decision making — especially when it affects them.

“If you consult with people and collaborate with them, even if you have to make a decision that’s not popular, people are more likely to accept that then if you make a top-down or arbitrary decision,” he said.

The report asked senior leadership to attend training on shared governance, visit the various department offices, follow campus policies and institute a monthly communication process to send updates and changes before they are implemented.

In the report, respondents pointed to a “culture of fear” that prevented them from voicing their concerns to senior leadership.

Cooper said that perception hasn’t gone away yet, but success in creating change will allow people to more readily take part in governing the university.

“From now on, people must engage in the process of changing the campus climate and holding everyone accountable to move forward,” Cooper said. “We can’t afford to slip backwards anymore.”