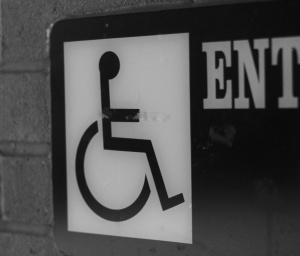 Youngstown State University’s student security was short at least five employees at the beginning of the semester.

Student Security Service Aides [SSSA], sponsored and trained by the YSU Police Department, escort students and faculty from one campus location to another during campus hours.

Full staff for fall 2015 is 16 aides, according to Justin McMenamin, student security supervisor.

Five aides were hired but were not able to start until the third or fourth week of the semester.

“At the beginning of the semester we were still in transition from the people that graduated in the spring because summer doesn’t require a lot of hours,” McMenamin said. “Lt. Randall Williams, who is our boss, is the one that was hiring people and we had to wait to get them approved from payroll and complete the background checks.”

The Jambar reached out to Lt. Randall Williams on several occasions and was unable to obtain an interview.

The number of escorts has increased with the addition of the tram of 2013.

“When we first started out, the tram was strictly used for those who were pretty much wheelchair bound or limited mobility,” McMenamin said. “The numbers have gone up.”

According to McMenamin, in 2012 there were approximately 35 escorts every Monday, Wednesday and Friday and 20 escorts every Tuesday and Thursday. That totals 145 escorts a week. There was no tram in 2012.

2013 saw an increase to approximately 55 escorts every Monday, Wednesday and Friday and 42 escorts every Tuesday and Thursday. Total escorts jumped to 249 per week with the addition of the tram.

Not only was there a substantial increase in escorts, the tram requires two aides per transport for safety reasons, one to drive and one to watch the occupant.

The number of escorts per week stayed the same for 2014 [249], while the staff was reduced to 400 hours total. The student security staff consisted of 16 aides, but hours were increased to a maximum of 25.

This fall, the approximate number of escorts is 176 and there are 11 staff members working a maximum of 25 hours, or 275 staff hours.

“We suffered greatly from essentially being understaffed for a while,” McMenamin said. “The first few weeks of school people are still getting situated and we had a lot of returning escorts from the spring into the fall; we have a lot of routine people that we escort from day to day … So, there were negative consequences through the chaos, through the workload and everything, only having 10 to 11 people.”

According to McGranahan, you always have somebody who complains, and usually the complaint is that they [security] are late, but usually they are late because they have unscheduled people, so they become overburdened.

The “tram,” as it is referred to, is an extended golf cart with a wheelchair ramp and tie-downs. Storm flaps can be attached for inclement weather.

“The tram was donated by Hine Memorial Fund for students and visitors of YSU that are medically disabled,” McMenamin said. “However, from time to time, many of the students and athletes on campus that are temporarily injured, such as sprained ankles, knee surgeries, etc., request our services.”

This is a free service offered by Student Security Services. They have several wheel chairs that they utilize to transport escorts if they require them.

“Prior to the tram service, before I started here back in 2012, they had something similar; it was a golf cart but it wasn’t really a tram, and when I started working here in 2012, there was nothing at all,” McMenamin said.

Disabled students were physically pushed from class to class: up the hills, down the hills or through any weather.

“I think that it is very important for our students that use it, especially in the winter, because it is hard to keep everything clear when you are clearing one end of campus and it is still snowing at the other end, and then vice versa,” McGranahan said. “But it is also for safety; I think safety wise, a student riding on the tram is a lot safer than in a wheelchair or walking.”

While other universities offer disabled students transportation in accessible minivans or vans similar to YSU’s shuttle, YSU is one of a few utilizing a tram.

Stanford University is another. According to their website, “Golf cart-type vehicles at Stanford may only be used for the following purposes: business uses authorized by the University, and transport for persons with temporary or permanent disabilities.”

“It is really something that I know is particular to YSU, because when we go places and other campuses hear that we have it they always ask questions,” McGranahan said.

Student security is now up to 15 staff members.

“We do the best that we can on trying to provide the best service possible,” McMenamin said.