The SOAP Gallery is set to change its artistic approach from sight to sound as they welcome folk musician Demos Papadimas on March 3. Before Papadimas steps on the stage, local guitarist Jeremy Heavener will start the show at 7:30 p.m., followed by Kentuckian Charles Walker.

“It’s going to be a good night of music in Youngstown,” Papadimas said.

Owners of the SOAP Gallery Stephen Poullas and Daniel Rauschenbach have always been for using the gallery in any artistic way possible.

“We think of SOAP as a culture gallery,” Poullas said. “Anything artistic, we love to host and promote, and because we are a venue devoted to just that, there tends to be more contemplation on the amazing artistic effort put into all compositions, both musical and visual.”

This will be Papadimas’s first time being incorporated into the revolving art scene. He said it’s important to experience different venues because it helps branch out to a different audience and these audiences can be introduced to different creative arts.

Papadimas said people normally describe his music as Americana or folk, but since starting in the genre he’s gone further away from the bluegrass influence of the genre. 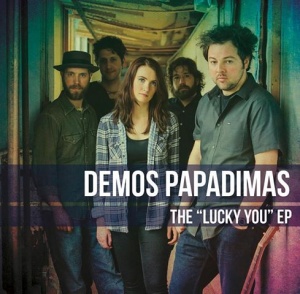 Folk driven music has surrounded Papadimas since he was a child, which is what he attributes to his reason for exploring the genre.

“I’ve always been interested in roots music and I grew up surrounded by it as well as Greek influenced music,” Papadimas said. “I decided to go deeper in the genre when I started playing.”

One attribute of this music is its simplicity. Papadimas compared this characteristic to punk music where most of the genre revolves around three or four chords, so it comes down to the musicians and their different intentions.

“There’s a real emotion behind it,” Papadimas said. “Playing folk or blues music makes for good expression, but it takes a real honesty out of you.”

“It’s a timeless sound,” Papadimas said. “If it’s an older age group listening, it may remind them of music they’ve heard while a younger age group may be hearing and enjoying it for the first time.”

Papadimas encourages people to attend the show because it supports the growing music scene of Youngstown; something he believes has grown even in the last year. Rauschenbach has been glad to be a part of the spike in music in the area. 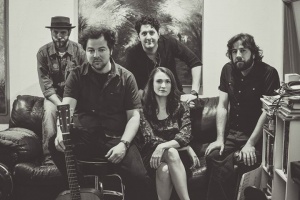 “We are happy to participate in the cultural beautification of the city,” Rauschenbach said.  “If we could choose a color, it would be the one that would grab your eye the most, and we hope to be that support with everything we do for a long time.”