The Youngstown State University football team earned its second win of the season on Saturday. They avoided starting 1-4 with a 17-14 comeback win over Southern Illinois University.

As always, each week in Missouri Valley Football Conference is a huge test. This week is no different as the Penguins go on the road to face number two South Dakota State University.

“I thought we took a step back offensively,” YSU Head Coach Bo Pelini said on last week’s game. “We made too many mistakes offensively especially early on really hurt us in the first half. We didn’t play very efficiently in the first half. Like I said before, Montgomery [VanGorder] didn’t have his best game but we didn’t really play well around him.”

Pelini said that the defense has taken a positive step but hasn’t gotten to the level that he would like.

VanGorder has played well as YSU’s starting quarterback. He has 10 touchdowns to five interceptions, while throwing for 1,148 yards. He has completed 54.5 percent of his passes after going 15-for-36 against SIU.

“You have to play four quarters versus any team,” offensive tackle Charles Baldwin said on what they learned of themselves last week. “We are tough up front and we have to come with it in every aspect of the game.”

Baldwin started at right tackle for the Penguins in the win. He helped lead an offense that ran for 156 yards with Tevin McCaster rushing for 116 and a touchdown.

Quarterback Taryn Christion is having a quality year so far. He has thrown for 1,082 yards with 15 touchdowns to just one interception. The high-powered offense will be a tough task for the YSU defense that is giving up 389.4 offensive yards per game.

“I learned that there is a lot of potential on this team and when we put our minds to it, anything can get done,” linebacker Chrispin Lee said. “We showed that Saturday with a tough win. The team stuck together and fought through and came out with the win.”

Lee is second on the team behind Armand Dellovade with 36 tackles. Dellovade has 43.

Defensively, the Penguins have been improving as Pelini said. If the West Virginia University game is taken away, the Penguins defense would rank 24th in the country in total defense. They currently rank 54th with 389.4 yards. Against FCS opponents, YSU gives up 330.5 yards.

“There were a couple of times that we weren’t on the same page defensively because once again two guys are getting hand signals and not filling guys in,” Pelini said. “I always say that if we are all playing the same thing, we can play anything. A couple of times that happened and it didn’t hurt us. It will hurt because we were fortunate in a couple situations.”

Pelini said that a lot of the guys are getting comfortable where they are in the defensive scheme.

“Just take it play by play,” Baldwin said on the upcoming game. “Don’t think about the drive or getting in the end zone too fast. Just go play by play and make sure you do your assignment each play. Everything else should work itself out.”

The defense will be the biggest key to YSU’s success against SDSU. Beside slowing down Christion at quarterback, YSU must slow down the 13th-best rushing attack in the FCS at 252.5 yards per game.

Isaac Wallace is the team leader in rushing with 417 yards and four touchdowns.

“The past few games we were kind of struggling,” Lee said of YSU’s defense. “That [getting a few early stops against SIU] boosted our confidence and we carried that out for the whole game.”

YSU will look to upset the second-ranked Jackrabbits at Dana J. Dykhouse Stadium in Brookings, S.D. on Oct. 13 at 3 p.m. 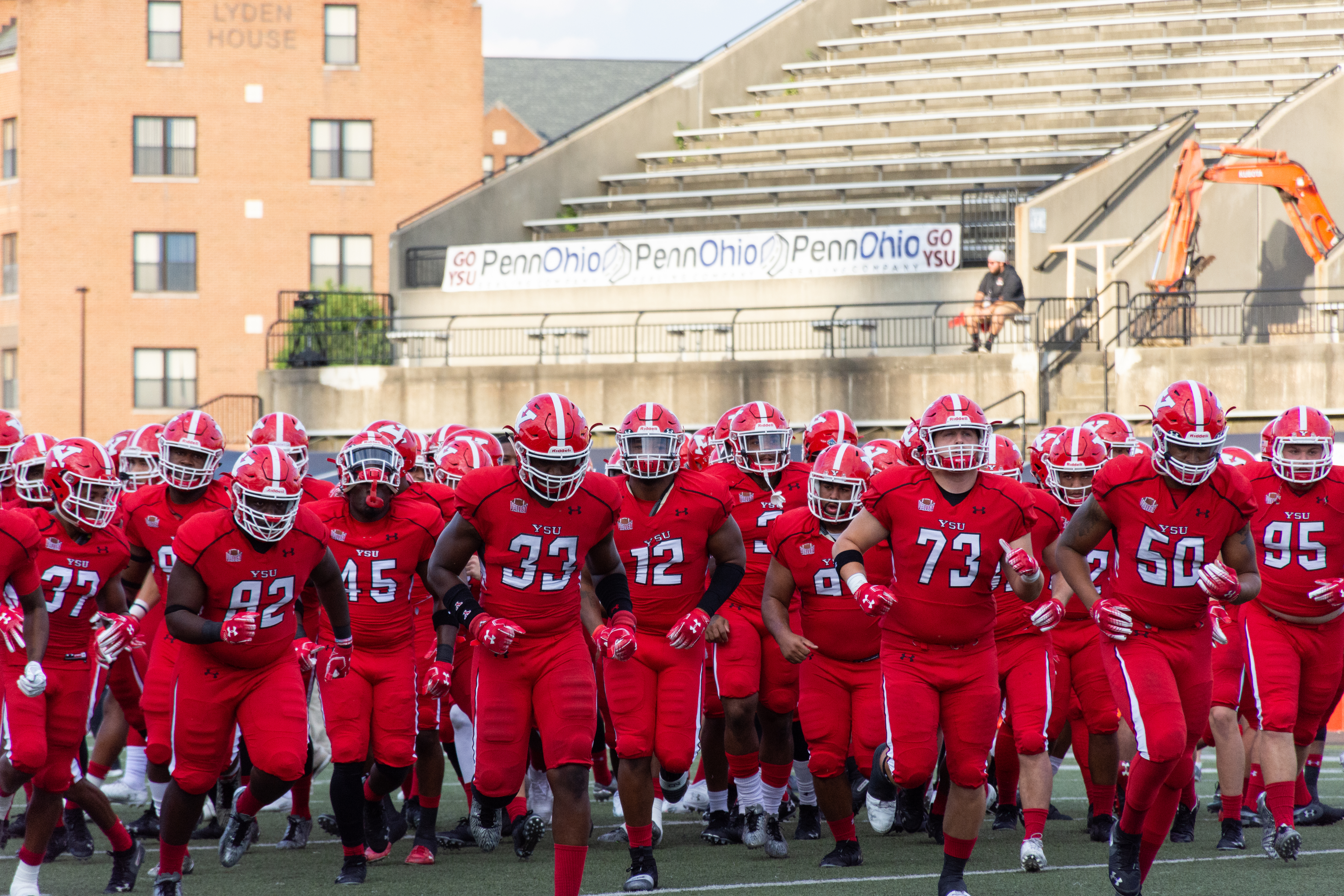 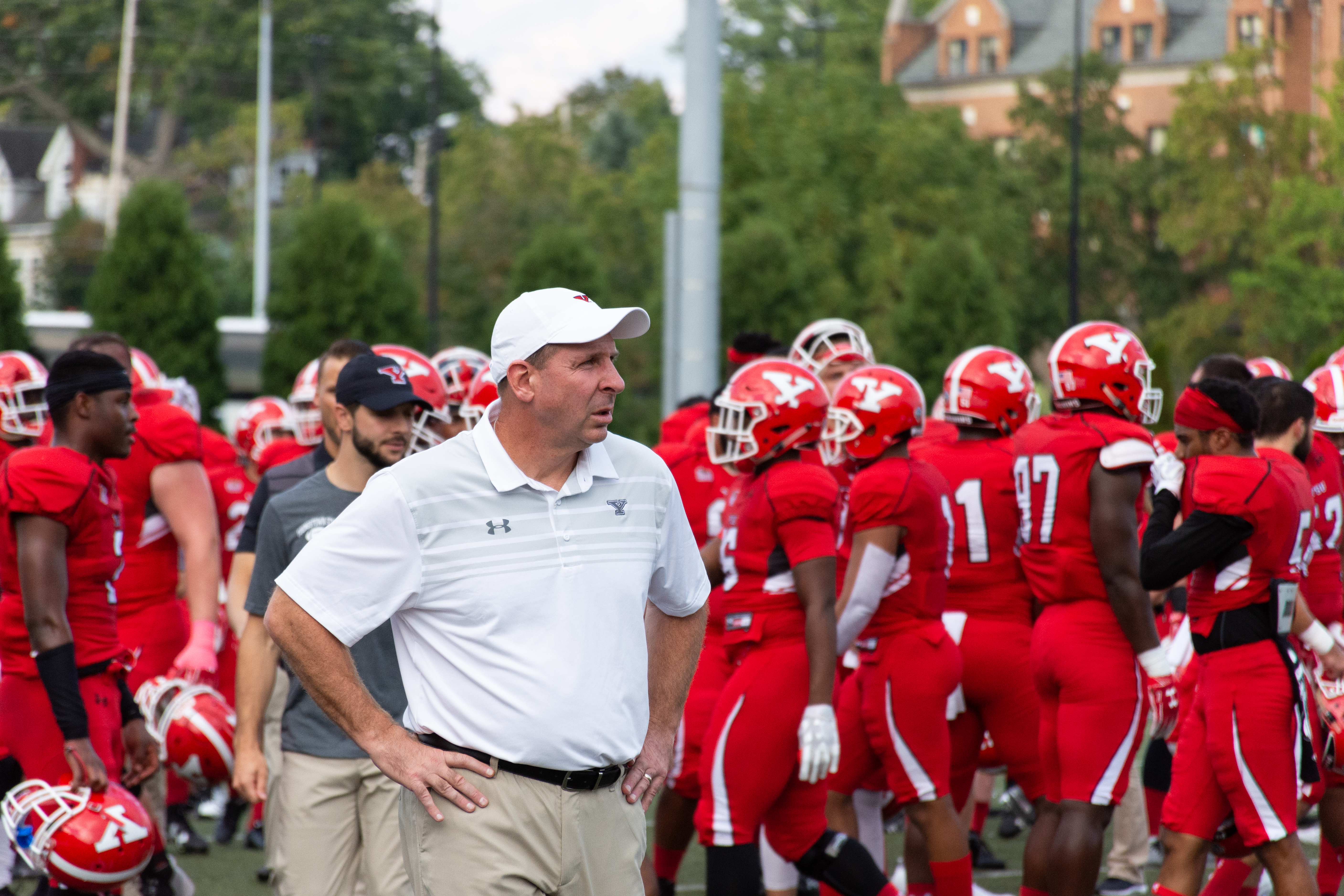 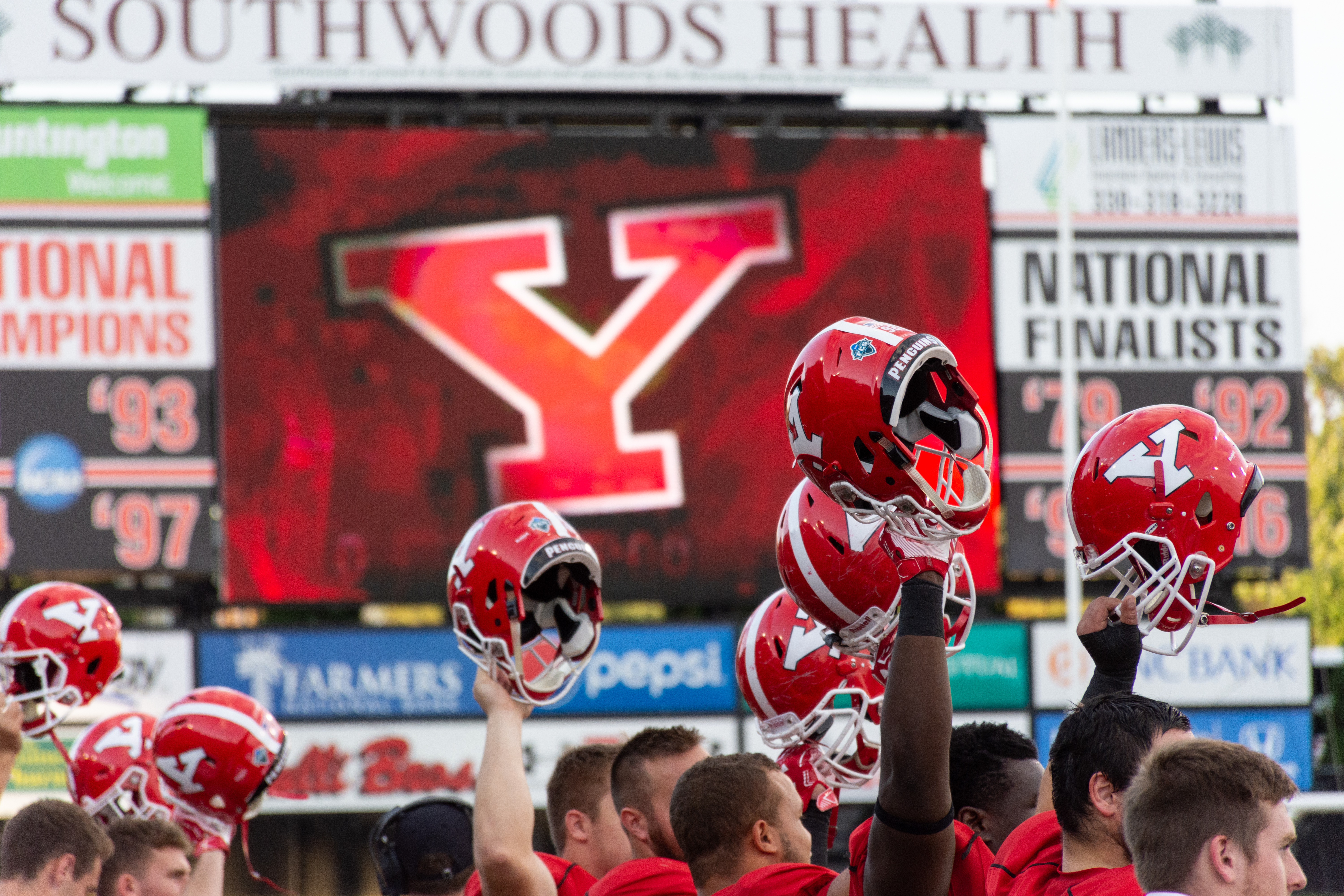 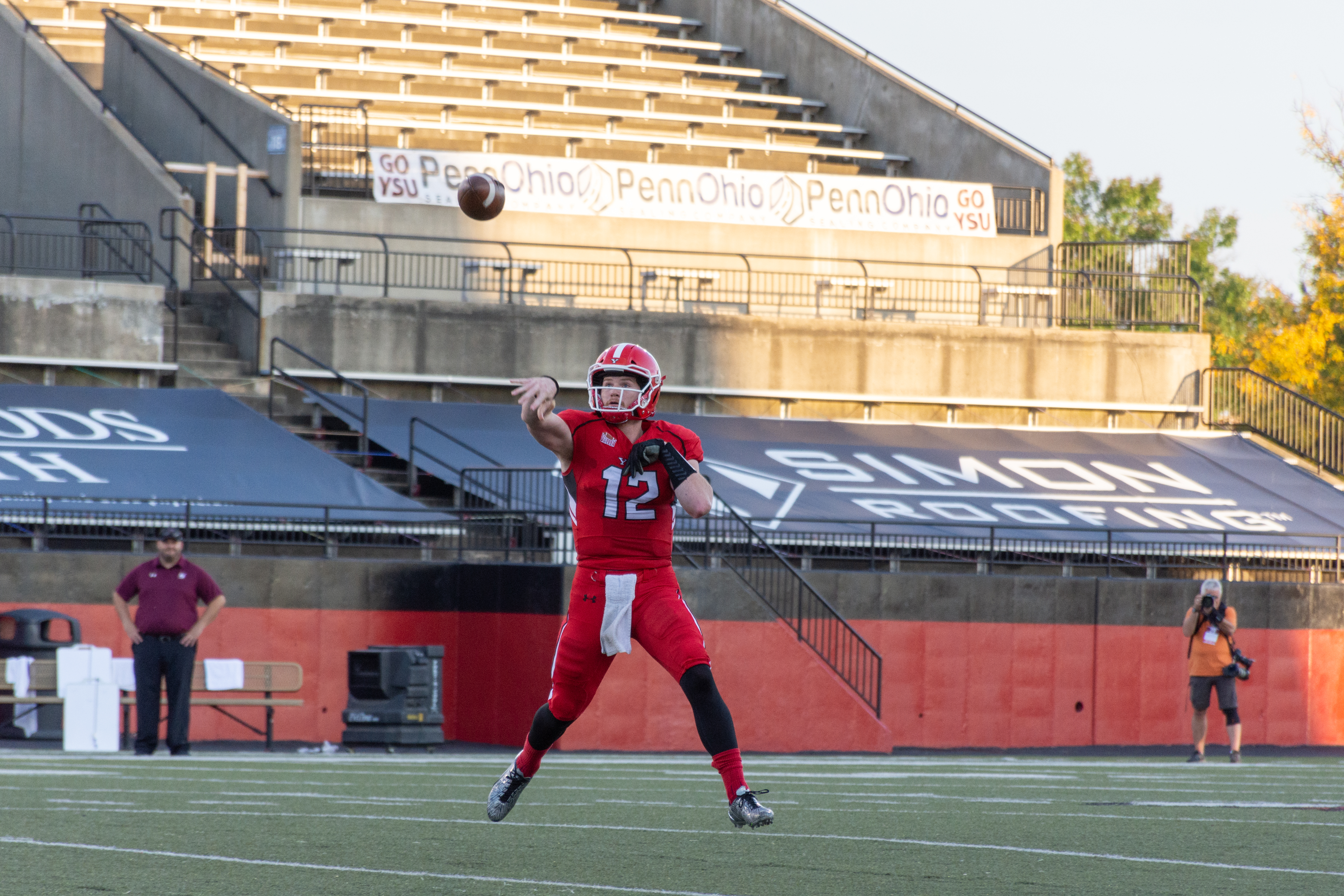 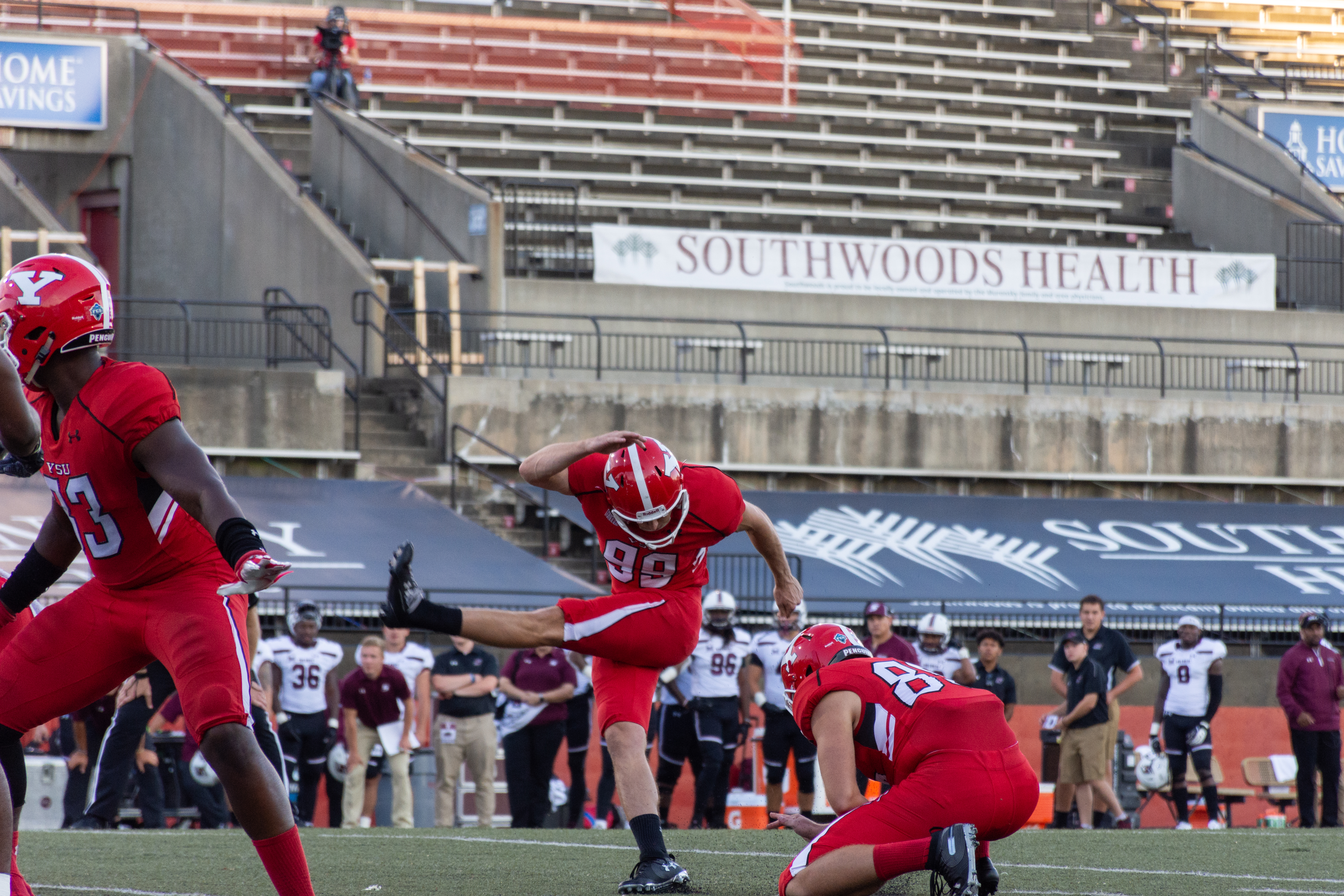 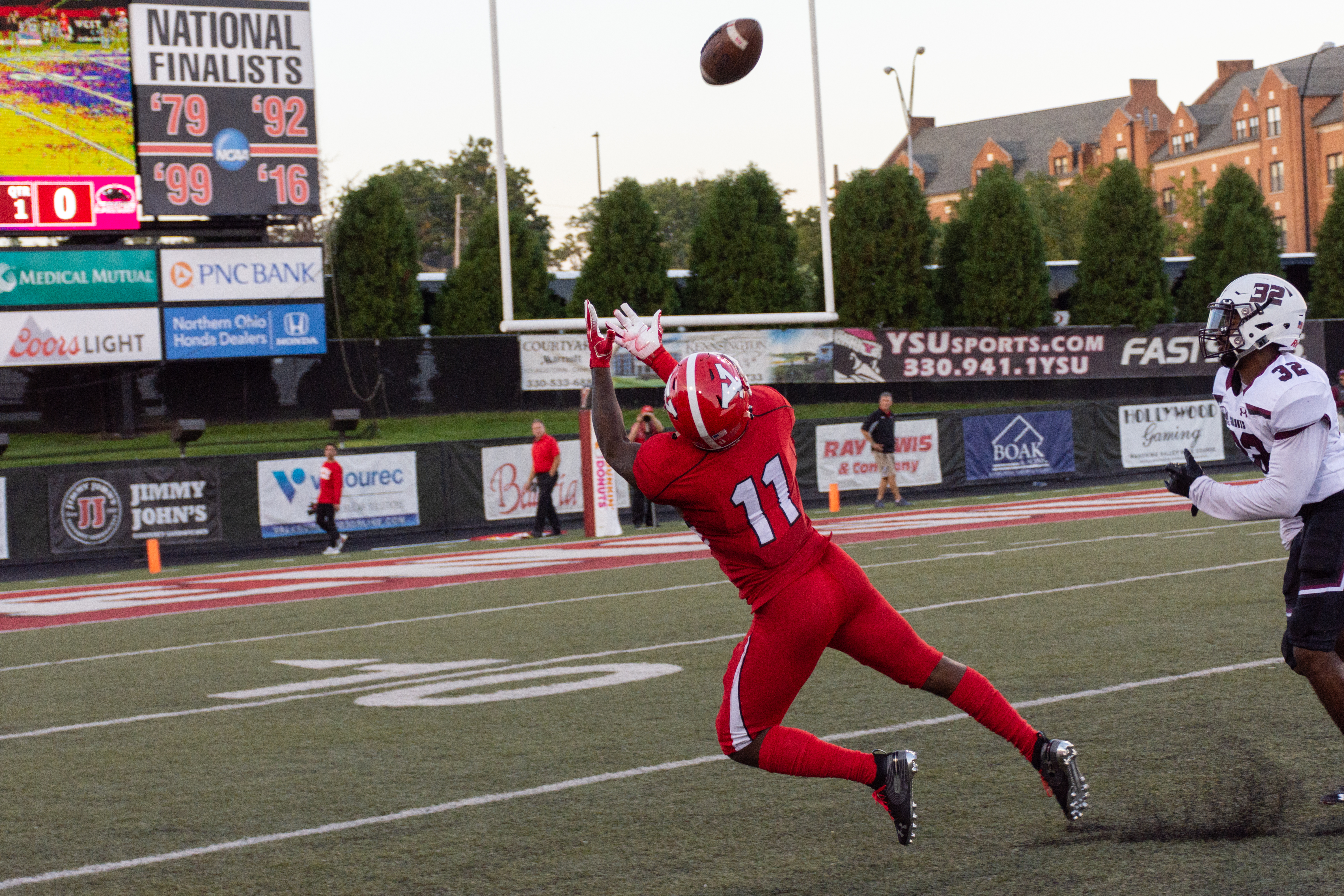 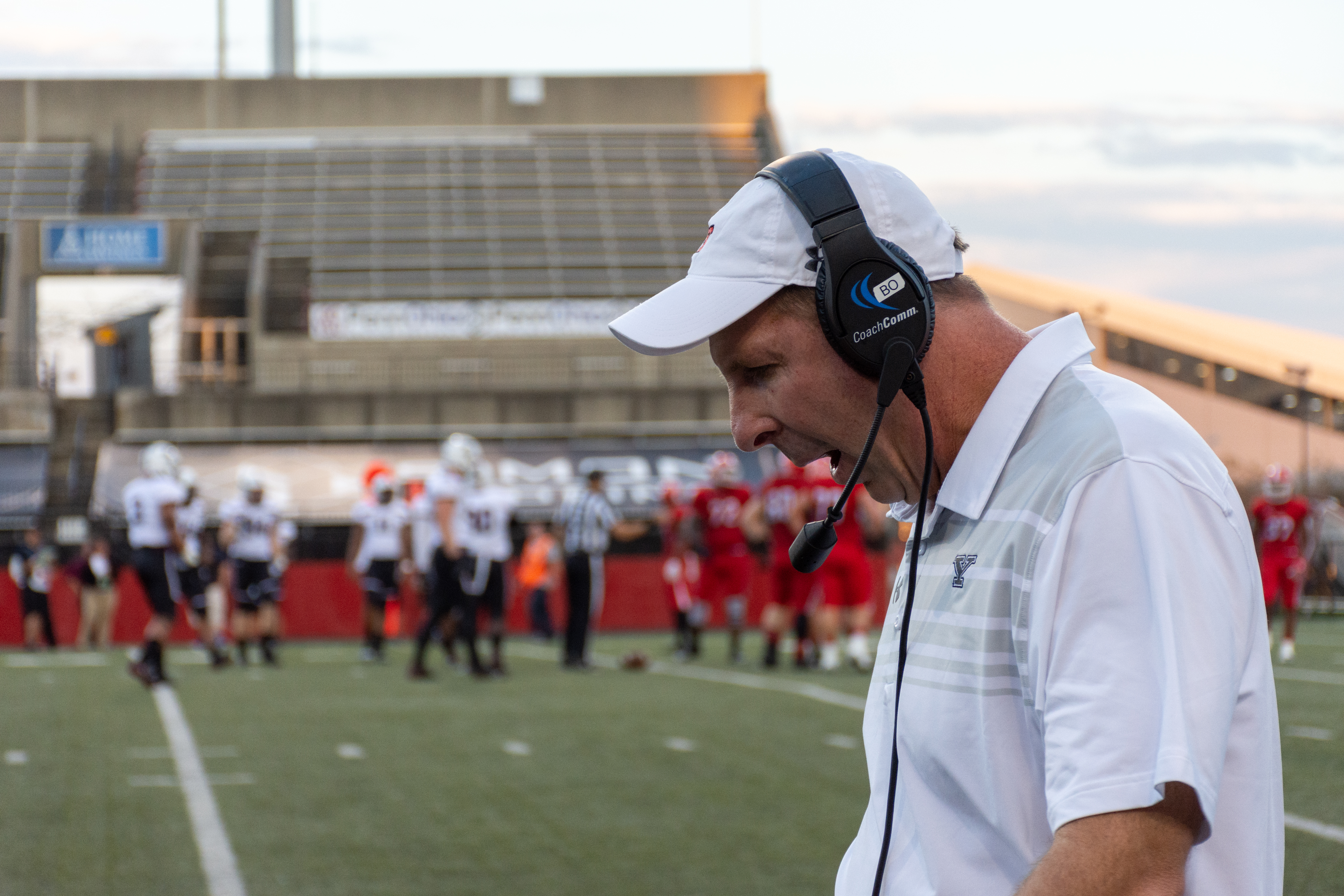 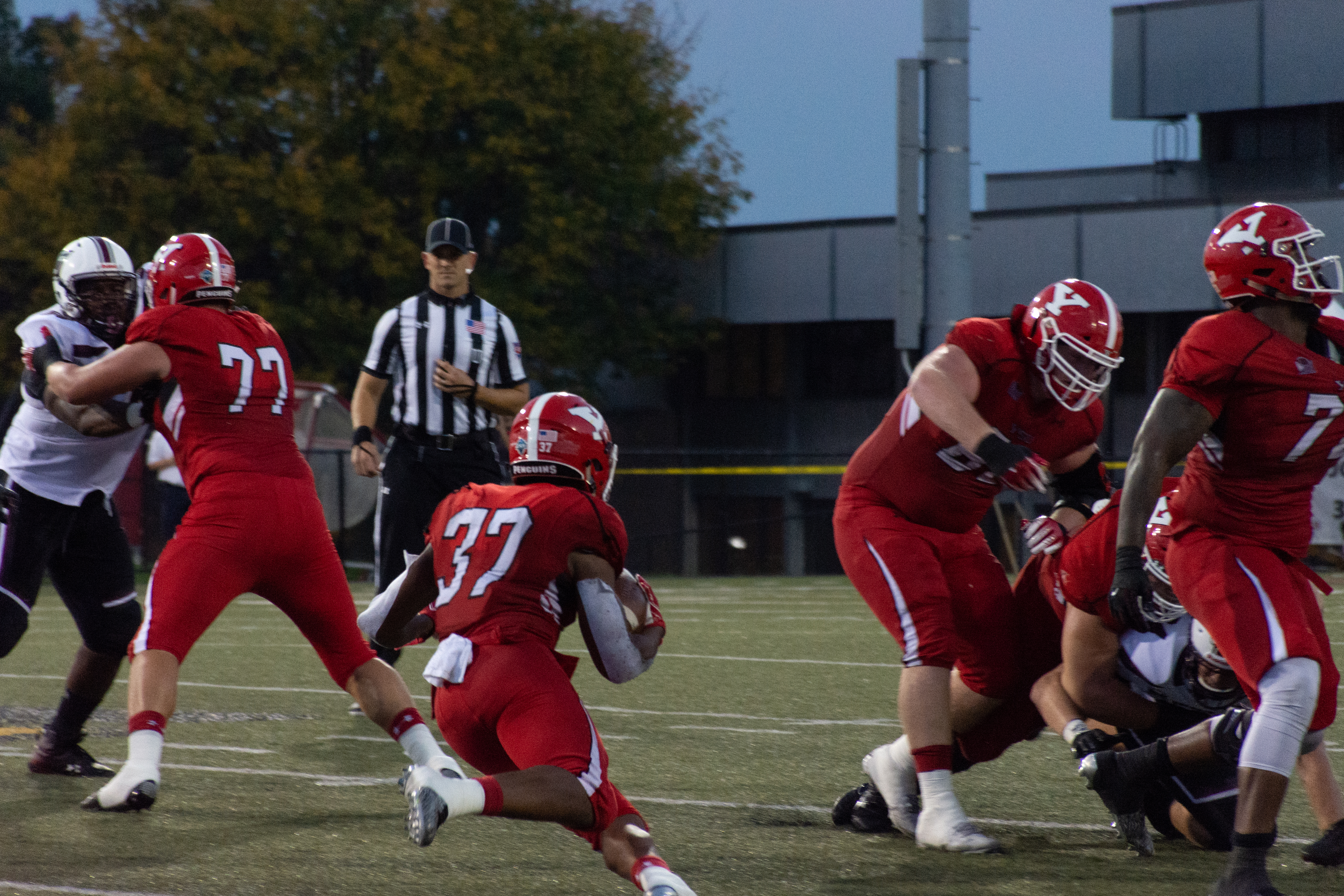 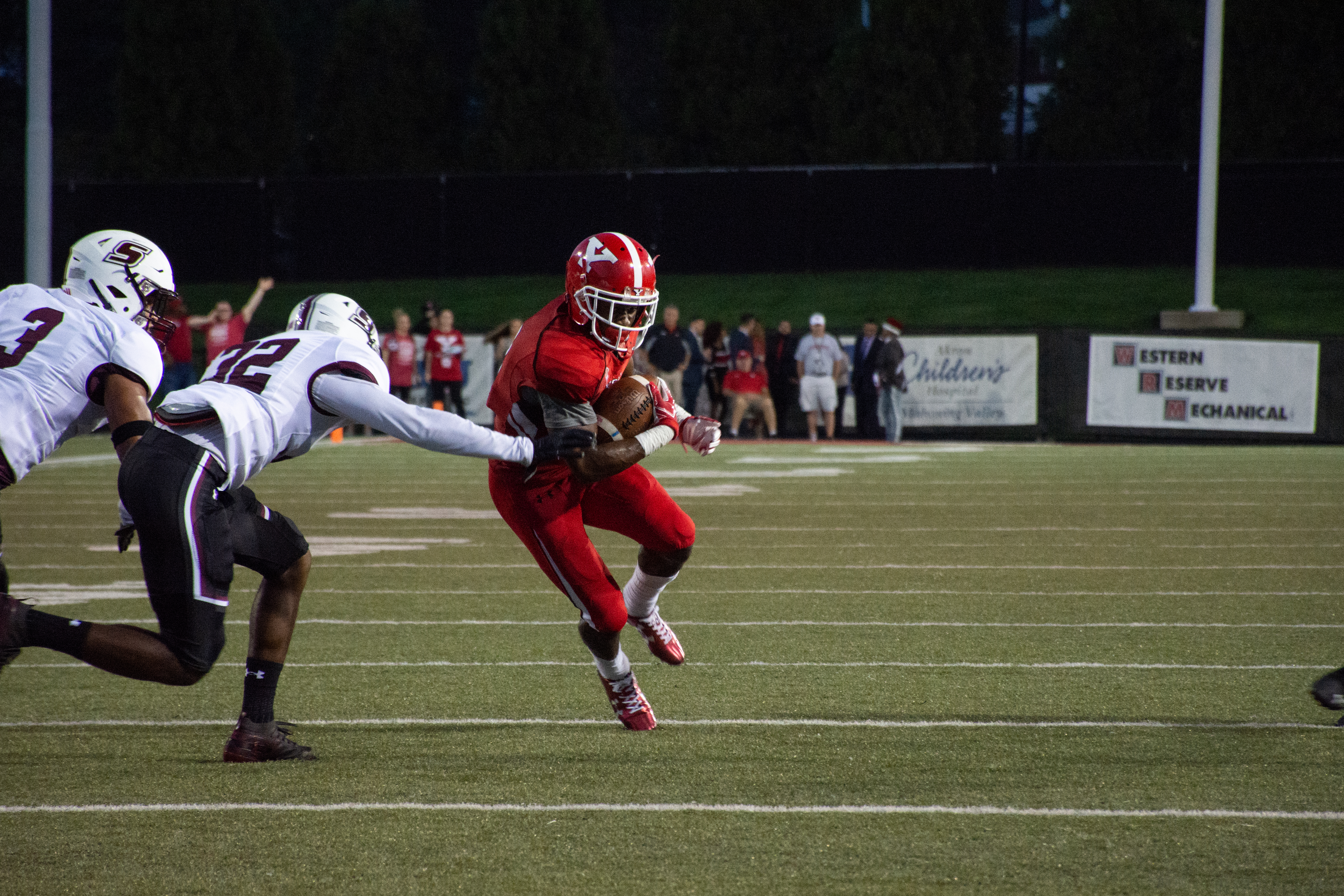 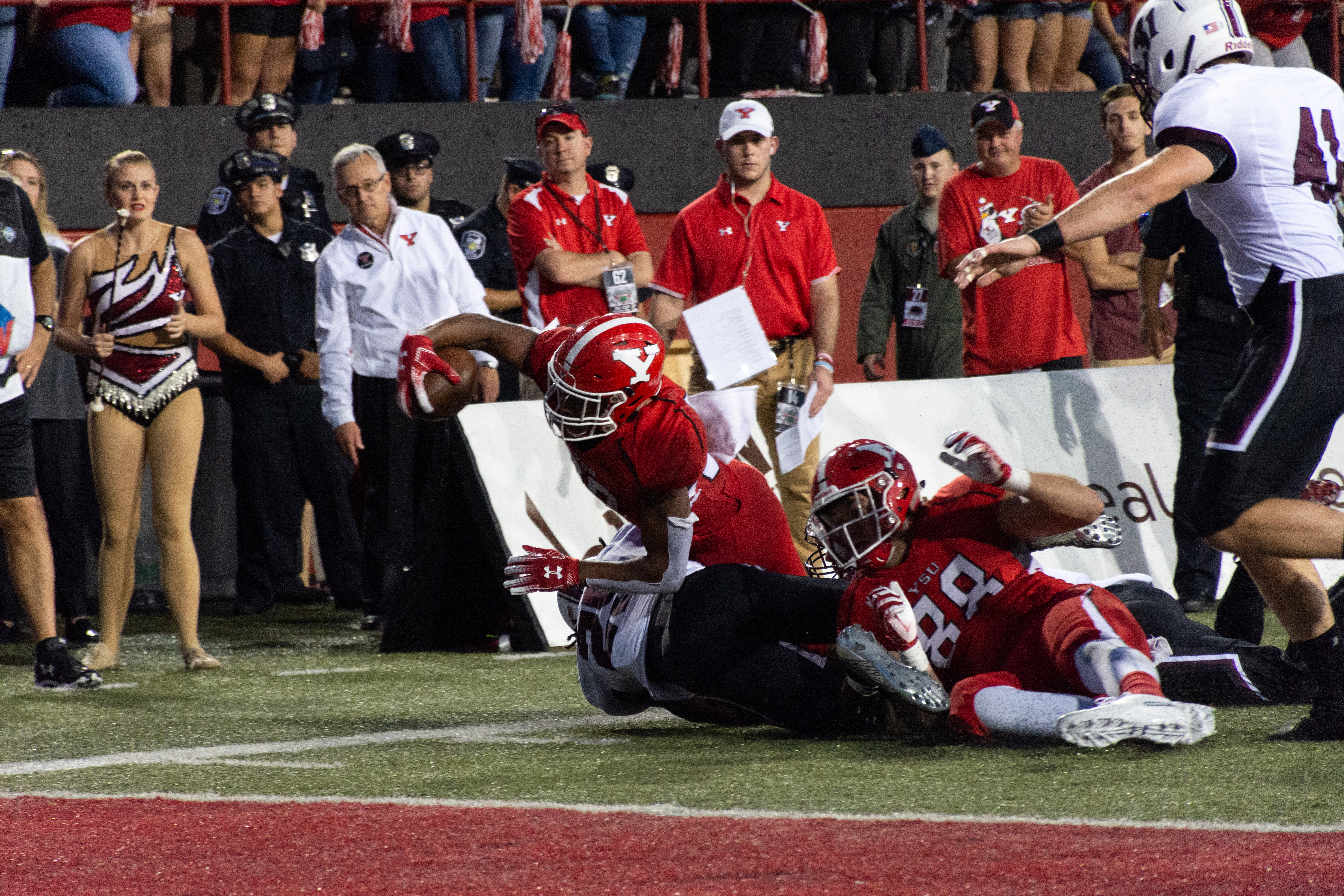 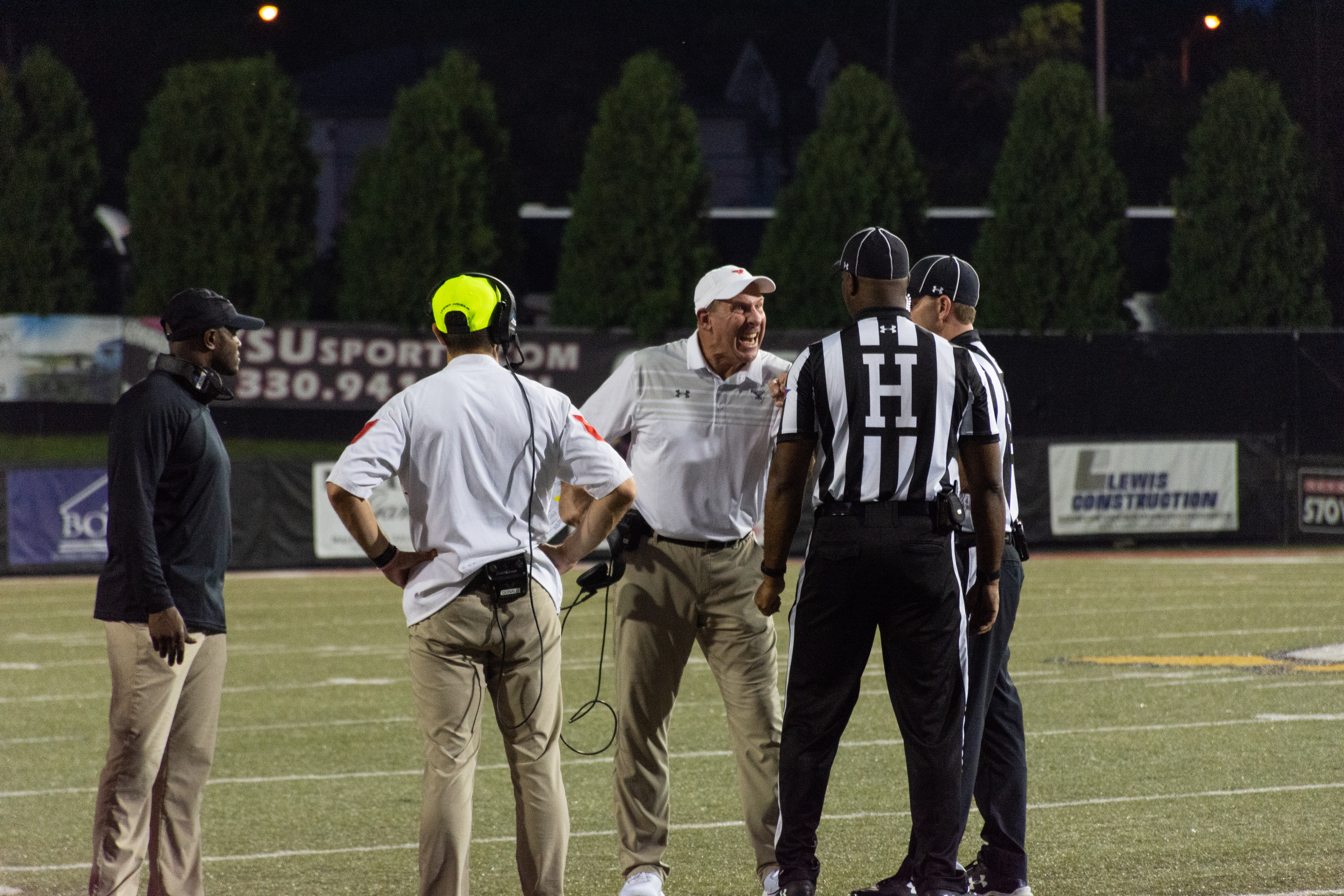 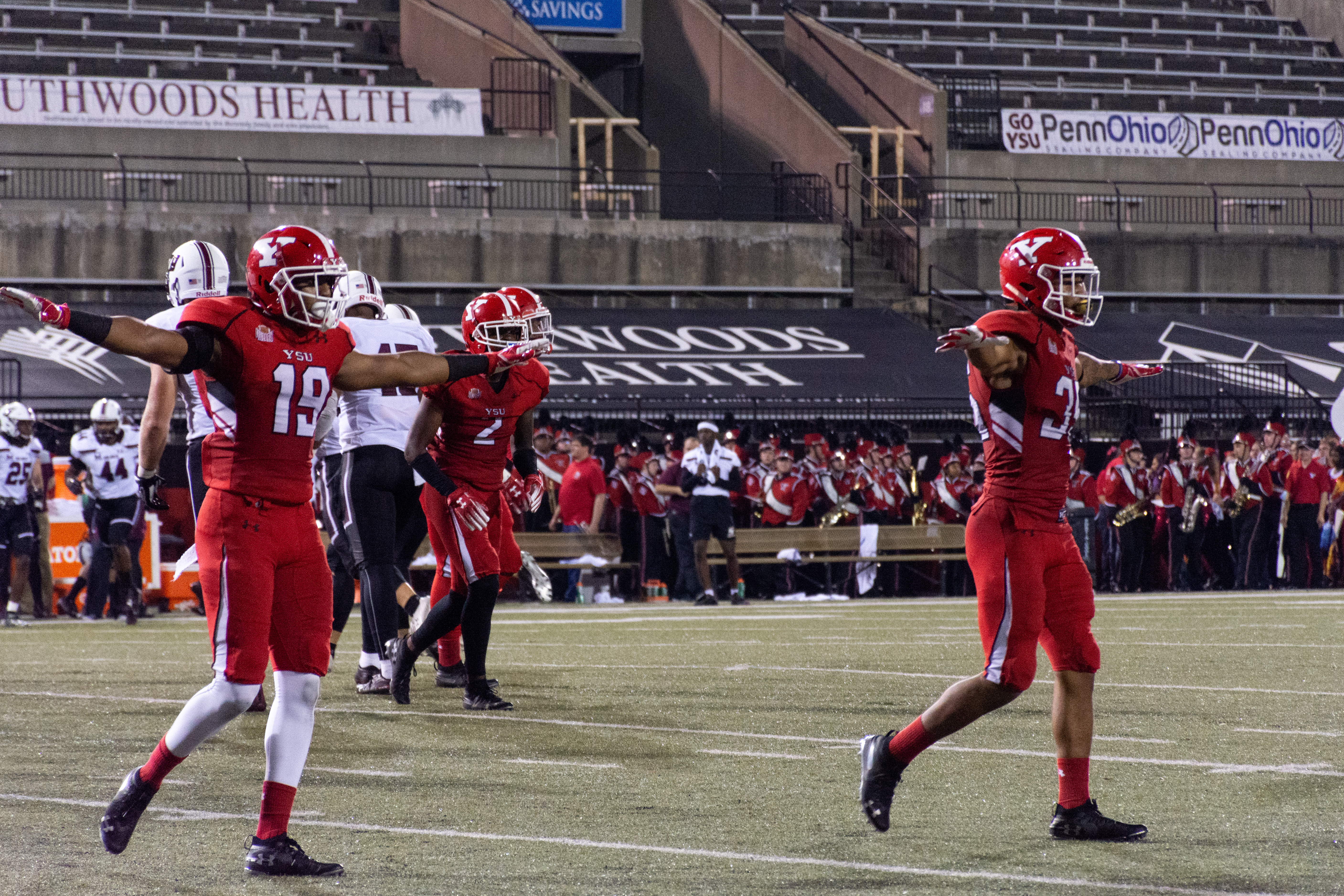 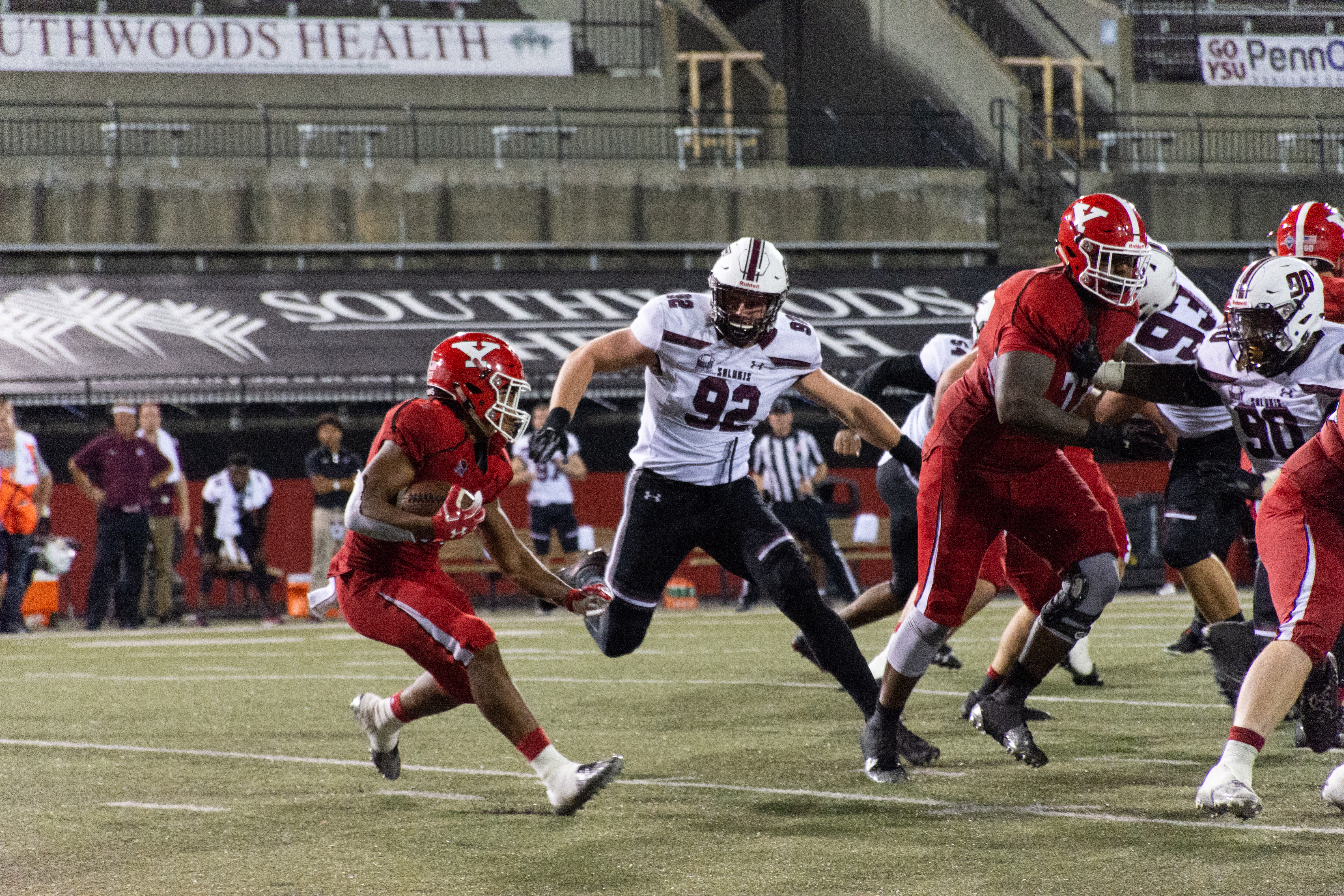 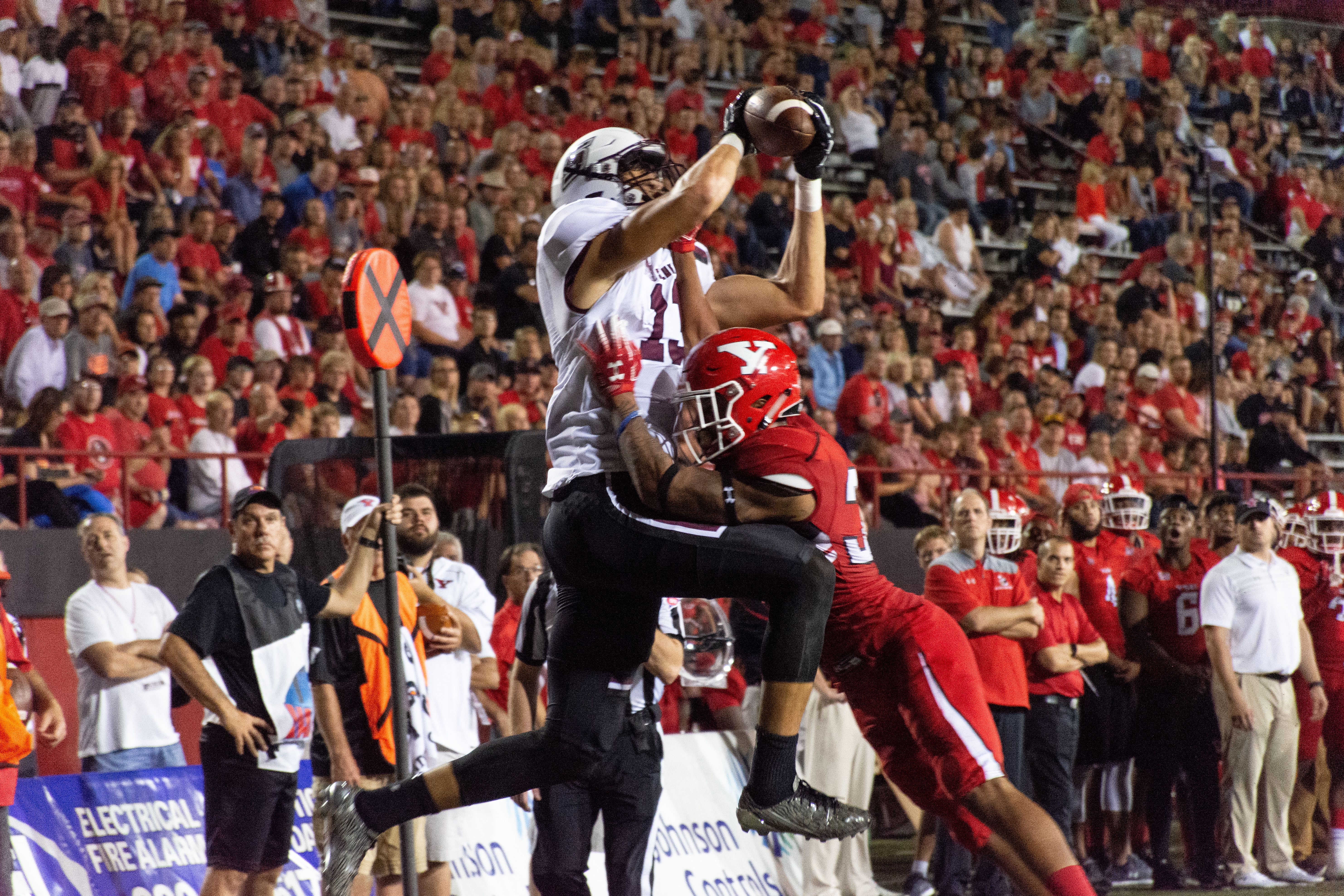 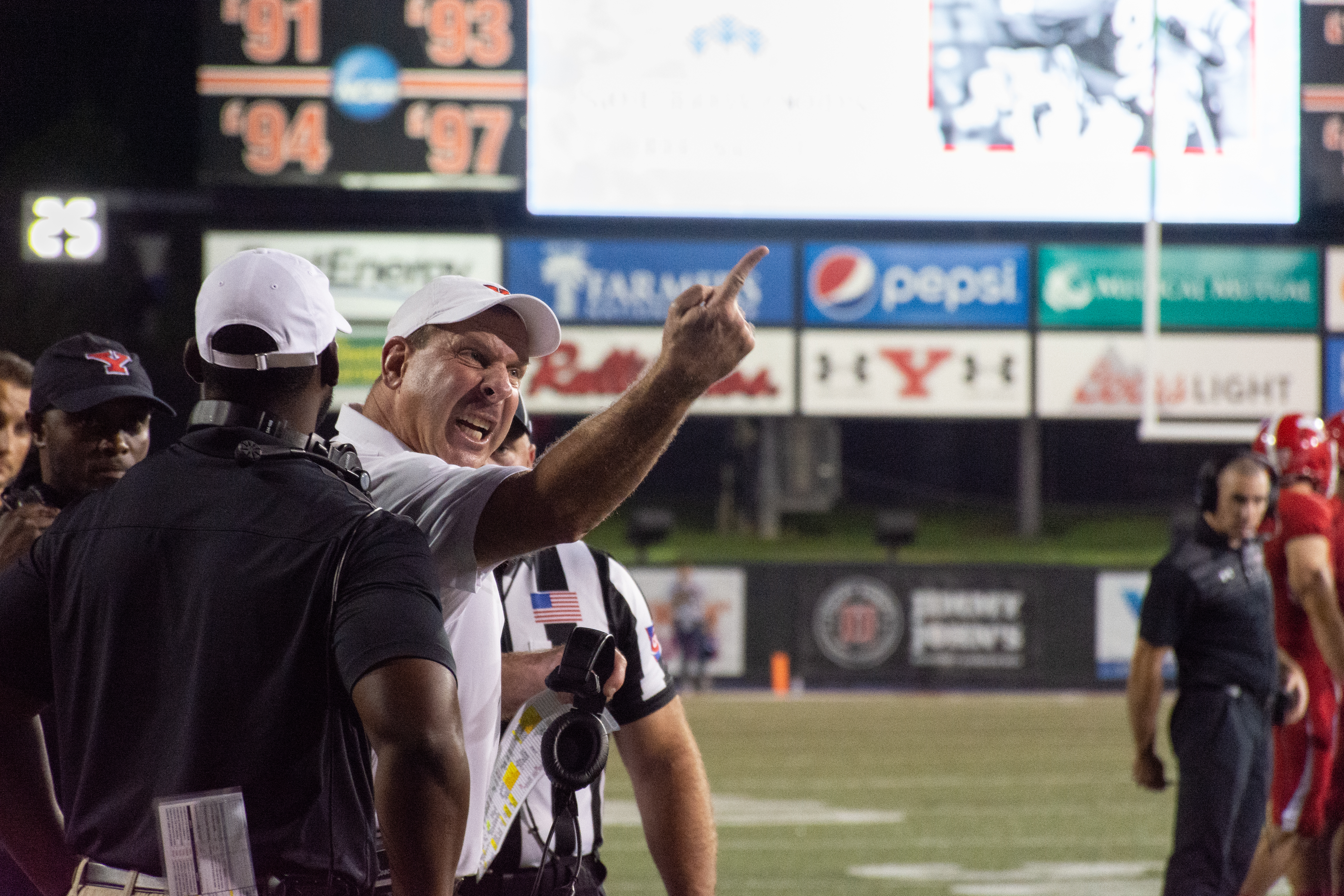 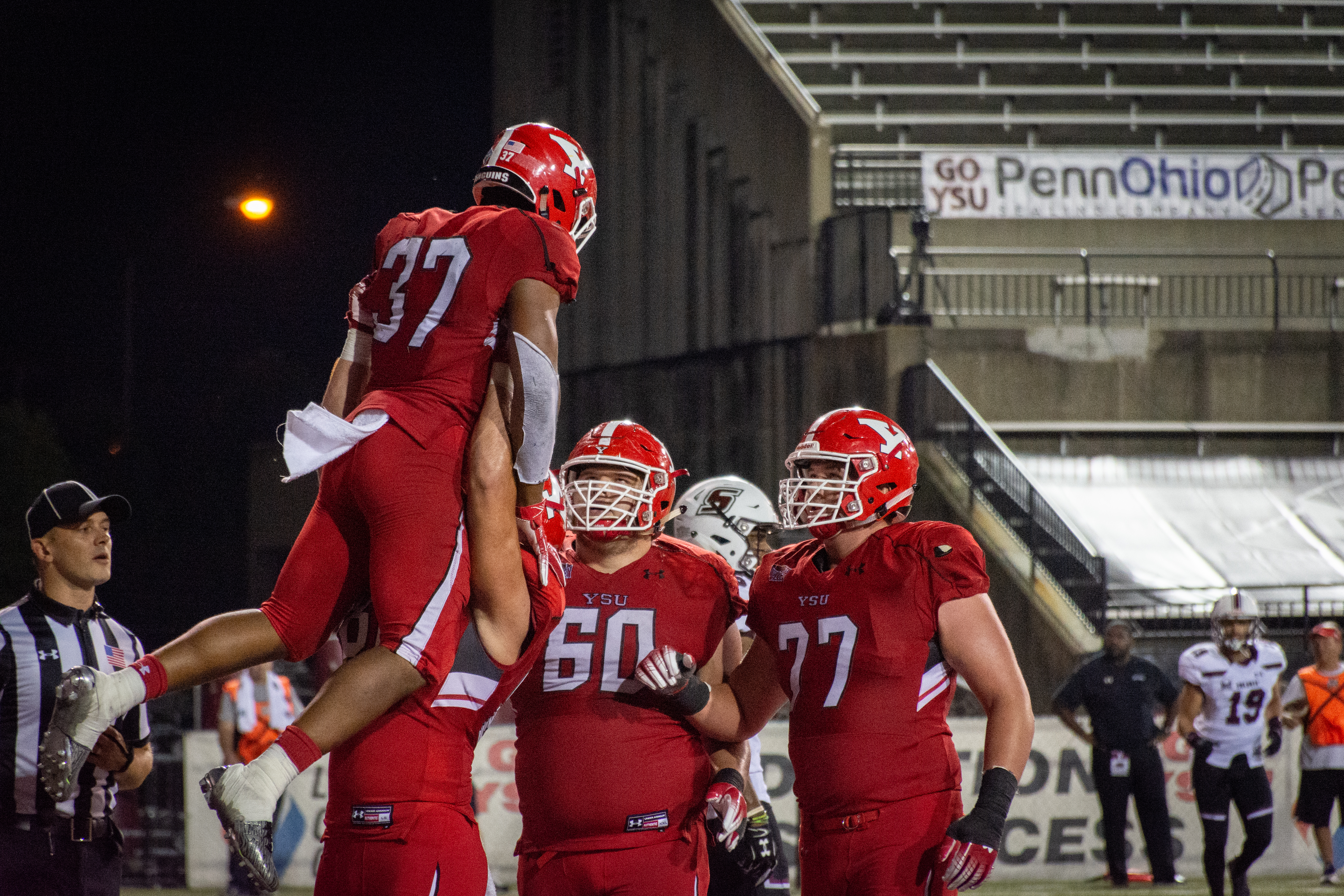 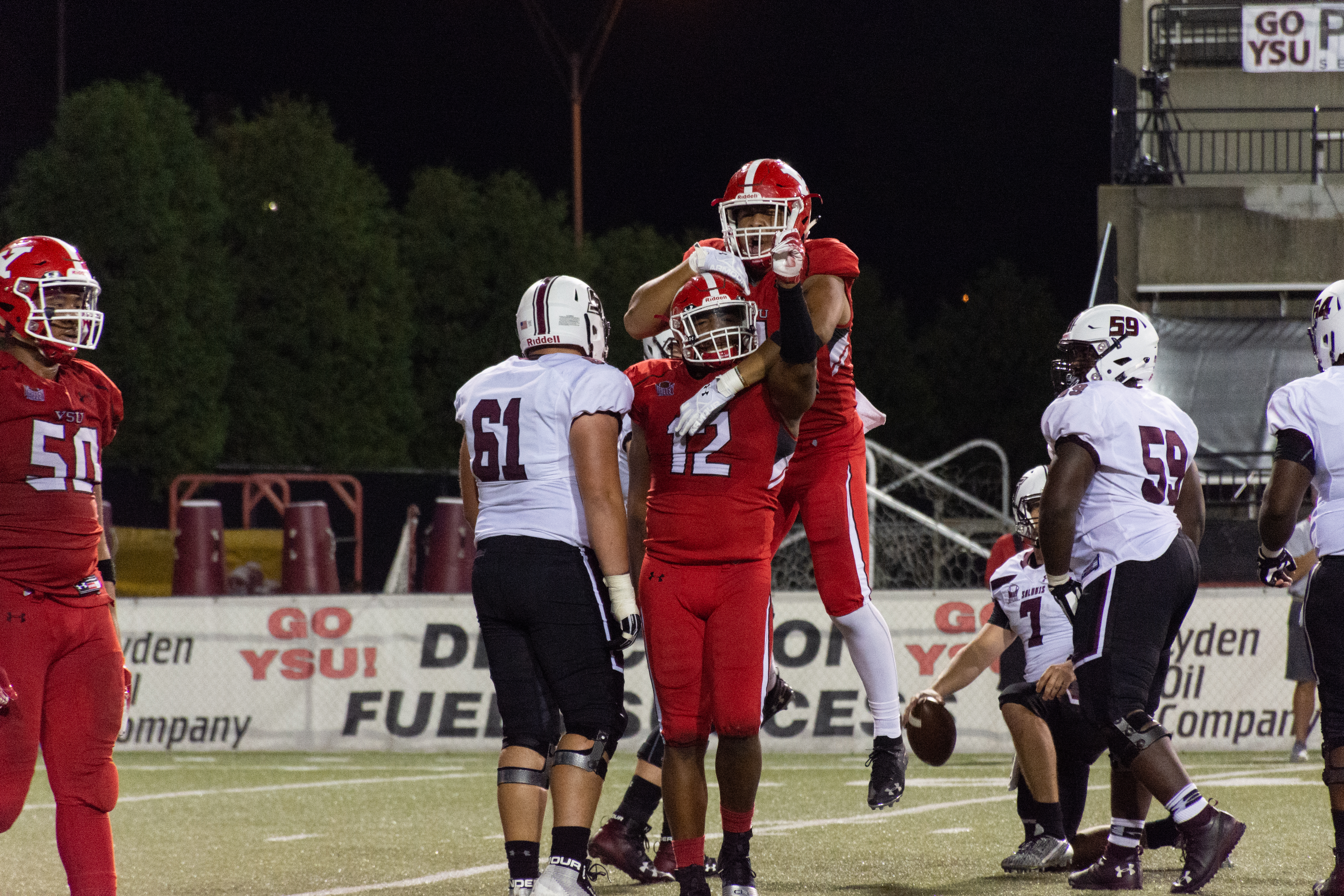 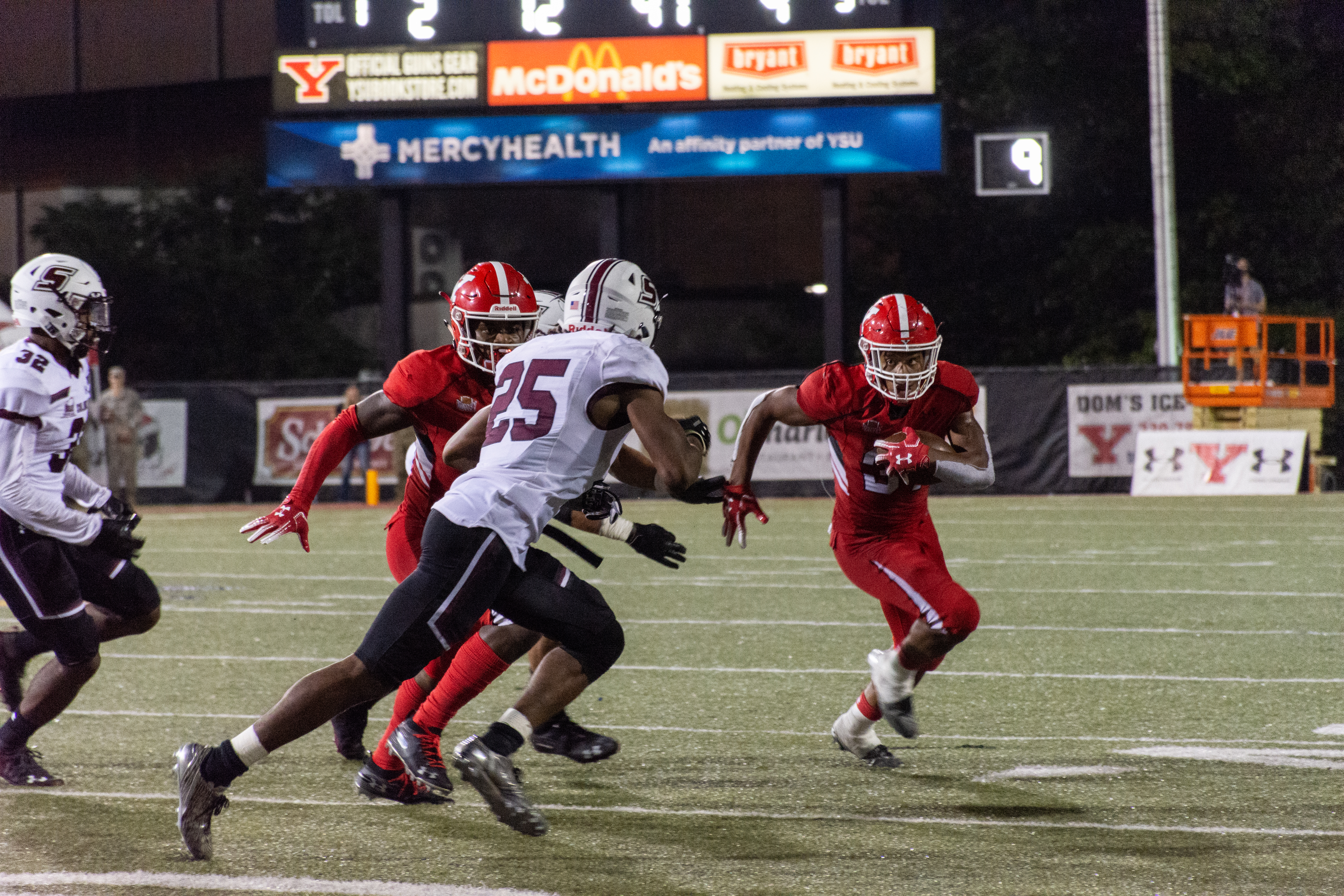 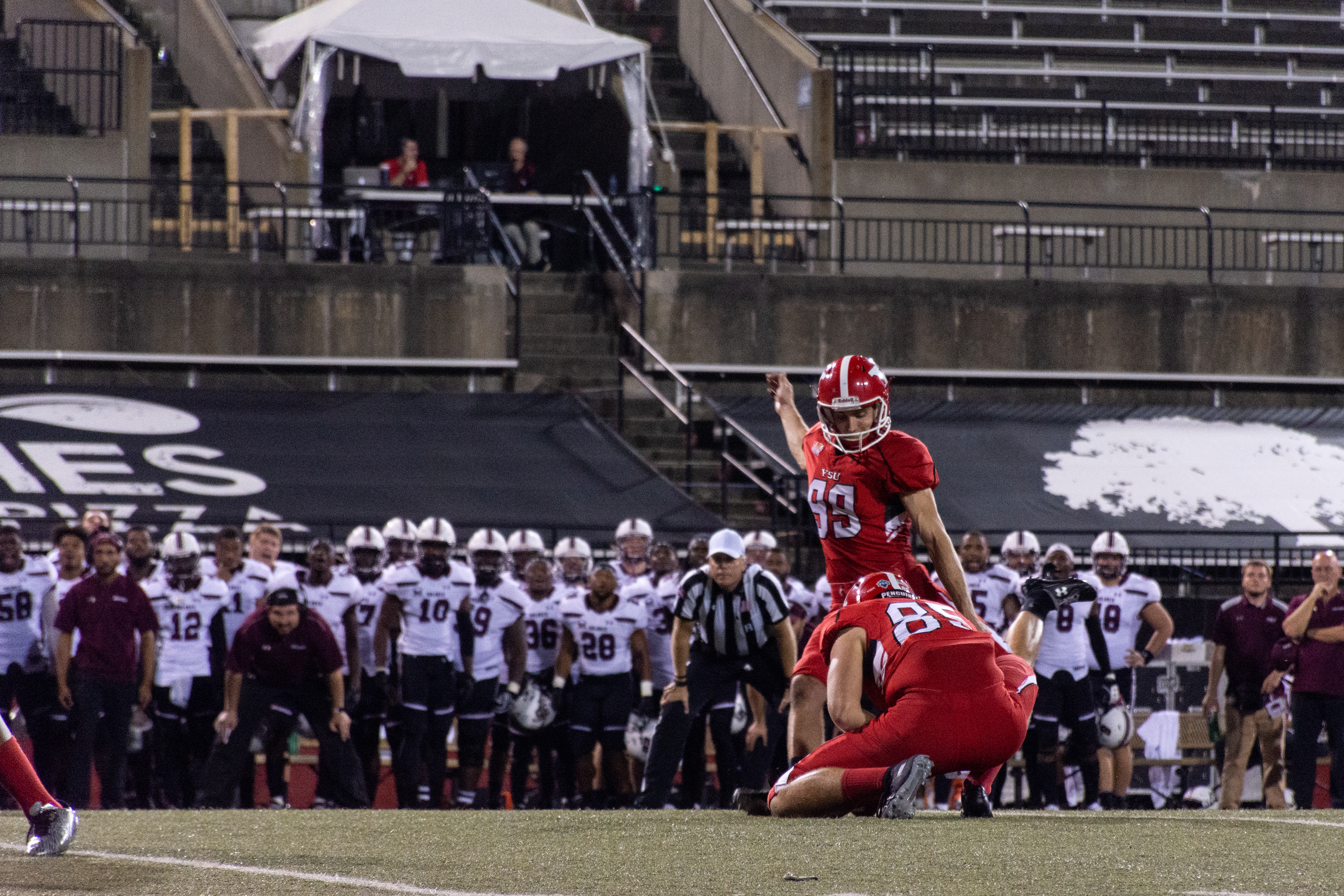