Youngstown State University alumnus Candace Campana released her song “Pink Ink” worldwide in December. The song was written to give hope, strength and courage to people and their families dealing with cancer.

Campana worked in admissions at YSU from 2015 to last October and she is currently working in engineering. A question and answer was conducted to cover more about her newest single “Pink Ink” and her music career.

Q: How did you get into the music industry?

Q: What thoughts ran through your mind when “Pink Ink” was released worldwide?

A: It makes me feel so proud of myself. That’s a song I wrote myself on my front porch in Struthers, Ohio. For somebody to think that it’s good enough to record, release and sell – to me it was everything. That’s something that came from me from start to finish, so it wasn’t like it was someone else’s composition that I just happened to do the vocals for. Everything in it came from me, and for somebody to think it’s worth it, really says something to yourself as a songwriter. 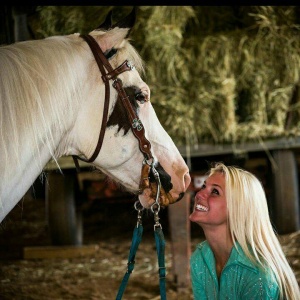 Q: Where did the idea of “Pink Ink” come from?

A: It’s actually kind of funny because YSU helped. I was a student worker and my boss had given us all pens to do our work with, and mine was pink. The first thing that came to mind was a love letter written in pink ink or something like that, and I was like, I don’t want to blend in and make another love song. I kind of did a twisted love song. It’s a love and hope, but it’s not in the traditional form.

Q: How did you want to move people who listen to this song? What was your main goal?

A: I wanted to make people feel more empowered. Anybody who has any tattoo for cancer, any bond with the disease, any parent that they have suffering from it, any sibling. Just a way to show them you can help without having to be in the situation. You can be in the situation with them just by showing them that you want them to have strength, so to me, I wanted people who do have associations with this terrible disease to know that there is hope. I wanted people to know that I’m listening, I hear the stories and it drove me to write  something like this.

Q: How do you think someone overcomes cancer?

A: It could be through music. They could listen to songs that help them relate, or say they lost a loved one from cancer, they could hear this song. A lot of people do get tattoos to honor people they’ve lost or people that are currently fighting. To me, either way, you could hear something that makes you think of it and think, “Wow, I was through that too,” or in remembrance, get something as permanent as a tattoo and say, “I did this for you.”

Q: Do you have any plans and motivations in the near future with where you would like to go as a musician?

A: “Pink Ink” is just one form of cancer. I thought about diving into the other colors. The green, the purple, the other people who need help too, because not everyone suffers from breast cancer. I’ve been thinking of writing different variations of the same idea. I’d love to dive in and help more people. I want to thank God for giving me the idea and for helping me pursue it, and make it into something that is official.