The participants of Chi Alpha’s Café Crawl explored what downtown Youngstown has to offer in coffee related activities on Aug. 29. 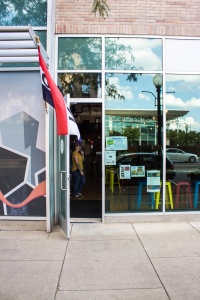 Joe Weser, Chi Alpha pastor, said the coffee crawl was similar to a bar crawl, but it was an alternative to drinking alcohol for students who want to drink coffee.

“We’ve done several of them in the past,” he said. “We’ve done them during Alcohol Awareness Week to give students another option.”

Weser said the Café Crawl was an opportunity to drink quality local coffee, hang out with other students and build relationships.

The group did not have to do a ton of preparing for this particular event. In the past, Weser said the organization would alert the coffee shop they’re planning on attending.

“It’s sort of self-sufficient where we just show up at a coffee shop and go,” he said. “For the most part, if our numbers are too big we’ll split up and go to different ones at different times.” 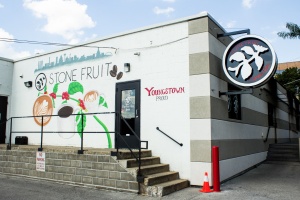 “We always have food at the end,” Weser said. “Pressed has the best food and after drinking all that caffeine, you need it.”

Judah Siekkinen, a senior geography major and crawl participant, said Chi Alpha prepared for the crawl by advertising the event. He said they do some online promoting through Twitter and when the YSU app came out, it was a big help.

“We tried Instagram for a while without a whole lot of success,” Siekkinen said. “Other than that, it’s just word of mouth. People are interested in coffee and talk about it.” 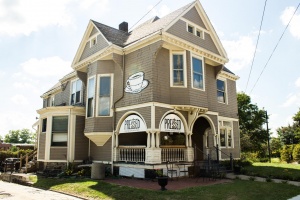 The crawl gave YSU students a chance to venture off campus. Siekkinen said he thinks YSU students have a fear of leaving campus and exploring downtown. He said it’s less so the older students get.

“I think it’s good for people to see the rest of the city,” Siekkinen said. “Plus, you get to taste the best places for coffee around here.”

Tyler Longwell, a junior pre-business finance major, crawl participant and treasurer of Chi Alpha, said he loves coffee. He said he heard about the event through the YSU app and Facebook and loved the event.

Chi Alpha showcases other events and service-based activities including the involvement fair, Games on the Core, group cookouts and cookie giveaways on campus.