People are gathered together on folding chairs in the back of the Nove Gatto art gallery in the Erie Terminal Place building. The sound of ragtime piano emanates through two speakers on a folding table and echoes throughout the room. Passersby walk on the sidewalk outside. The crowd erupts in laughter as Buster Keaton eludes a police officer through novel use of an elevator in the 1921 short film “The Goat.”

This is The Little Youngstown Cinema.

David Pokrivnak was inspired to start The Little Youngstown Cinema — a pop-up repertory theater screening films around the city on a semi-monthly basis — by uniquely New York experiences.

“I lived in New York for a little while and saw that there was culture around every corner,” Pokrivnak said. “And I would go to the Nitehawks Cinema where they would have bartenders and food servers kind of crawl under the screen and take your order while you’re watching art house films, and I felt like I couldn’t really get that around here.”

He returned to Youngstown after deciding it was where he wanted to raise his daughter, and saw an opportunity to add something to the cultural landscape of the city.

“I love living here, and I don’t regret it, and I don’t feel stuck or anything, but I do want to sort of make my own contribution to making it better,” Pokrvinak said.

He said there have been a lot of efforts to bring culture into the city, but a lot of them have been too broad. 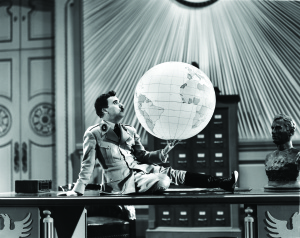 “I feel there needs to be more focused efforts on specific things. I know it’s hard to do that because the population here is more limited than trying to do something in Cleveland, or Pittsburgh, or even Akron,” Pokrivnak said. “There’s a lot more support you can get behind niche ideas because there are more people that are probably interested, but that doesn’t mean that we shouldn’t do things like that. It just means we need to cater to the appropriate proportion.”

Pokrivnak chose to make the project a pop-up cinema because the reduced overhead will allow it to operate on a smaller scale.

“I’m hoping I can get people that would appreciate this sort of thing,” he said. “Especially [to] have younger generations of people come and experience these films the way they need to be seen, instead of on a little iPad.”

Pokrivnak got into film after starting his first job at Hollywood Video in Boardman as a teenager.

“[They] actually had a pretty decent selection of somewhat obscure DVDs. It was an untapped section in the corner. So, the first kind of avant film I ever watched was ‘Zardoz.’ It [has the reputation] of being one of the best and worst movies ever made,” he said.

“Zardoz” is a sci-fi film from the ‘70s that is notorious for featuring Sean Connery in an outfit only slightly less revealing than a Speedo.

“I think that was kind of my gateway because I had always been into sci-fi reading, and I was a big Star Wars fan growing up, and so it kind of showed me that a film’s palette can be a lot broader than what I knew it to be, and that made me want to explore deeper,” Pokrivnak said. “And then I got into more classic cinema and saw that there was this whole repertoire out there and wanted to dig in.”

From there, he started to work through the canon of classic and art house films.

“‘The Great Dictator’ was one of the first ones that really resonated with me,” Pokrivnak said.

“The Great Dictator” is a satirical film directed by Charlie Chaplin that follows the travails of a Jewish barber who is mistaken for the dictator Adenoid Hynkel, an unmistakable stand-in for Adolf Hitler.

“It just kind of blew me away that I could really understand something from so many generations behind me, as a piece of modernity even,” Pokrivnak said.

He also gravitated towards Hitchcock.

“Hitchcock’s amazing and always will be, and was so underrated for the longest time,” he said. “He was completely taken for granted until the likes of [Francois] Truffaut started listing Hitchcock as an influence.”

He then started exploring the French New Wave films of Truffaut and Jean-Luc Godard, as well as other “classic mid-century directors” such as Ingmar Bergman. He cited the Bergman classics “The Seventh Seal” and “Wild Strawberries” as influential, and Vittorio De Sica’s masterpiece of Italian neorealism, “Bicycle Thieves.”

“Bicycle Thieves” is about a man who pawns his prized possessions in order to purchase a bicycle he needs to accept a job that will help him support his family, only to have it stolen.

“That’s still to this day such a poignant story. I love that film so much,” Pokrivnak said.

Pokrivnak’s tastes are not limited to the classic art house films of the ‘60s and ‘70s.

“Later I saw [Jim] Jarmusch films and things like that, and I’m a big fan of his too, so I like modern directors as well,” he said. “I also really like documentaries, like ‘Harlan County USA’ is another super good one.”

He said he comes to different films for different things.

“I can watch Steve McQueen movies and that will give me a certain thing. I love those. I don’t know if it reminds me of some fondness with my dad, sitting at home watching ‘Bullitt.’ I just love film, and if it’s done in a way that has some sincerity to it, and is aware of its craft than I’m probably behind it,” Pokrivnak said. “I’m also a quintessential hipster, and I like ‘Buffalo 66’ and some mumblecore movies, where you’re just kind of along for the ride for a section of time. I kind of like that.”

The subtleties in art house cinema appeal to Pokrivnak.

“There’s more of a delicate hand with the art of it. So it’s not beating you over the head with a hammer with a plotline, or some sort of development or story,” he said. “In a lot of mainstream films, they have to be pretty broad with who they’re aiming at and what they’re trying to do, and then they don’t want to alienate anybody by not having them get all of the information, so everything’s spoon fed to you.”

He said this is what keeps him from blockbusters. 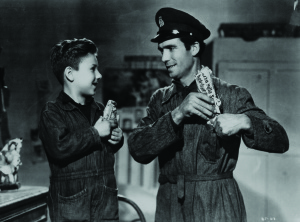 “I like a more nuanced film where I actually have to be engaged with it, and follow it as it goes, and not just be there to witness the predictable rhythm of every Michael Bay film I’ve ever seen — the hyperstimulation of it all,” Pokrivnak said.

He said he thinks that people would gain something from sitting down and watching these films.

SHARING CINEMA WITH THE CITY

This feeling contributed to the creation of The Little Youngstown Cinema. Pokrivnak had previously tried doing something similar at Cedars Lounge a few years ago.

“We tried to do that for awhile, and the venue wasn’t ideal, and we tried to make it work, and it didn’t. And then Cedars closed and moved, so that didn’t work out,” Pokrivnak said. “But this is The Little Youngstown Cinema, so it’s a little more broad in that I’m not stuck with one location. I’m doing it as a pop-up cinema, so we can get a feel for what’s comfortable and what works because it takes a pretty specific environment to really show a film the way it needs to be shown.”

He said this effort is more about the thing itself rather than a specific place, and that he’s incorporating some marketing and branding principles he’s learned from working in advertising.

There is also a desire to keep it focused.

“This is more of an archival project. I do get messages once in a while from local filmmakers who want to do something, and I hope someone puts something together that can be a platform for that. It’s just I’m pretty set on what I want to do with this, and I want to keep it pretty manageable on my end,” Pokrivnak said.

This has also led him to zeroing in on the Criterion Collection, which includes several of the mid-century foreign films that were influential to him like “The Great Dictator” and “Bicycle Thieves.”

“They are very accommodating in their licensing fees and everything, and I want to stick to Janus and Criterion because of what’s there,” Pokrivnak said. “It’s affordable to screen, and there’s such an unlimited array of options of what I can show, so that’s what I’m showing.”

He said he’s hopeful about the project, but he wants to take it slow.

“I’m seeing this project kind of. It might take awhile to fall into place. I’m a little nervous about opening night because I have to rent chairs — which I don’t know how comfortable they’re going to be, and that’s tough when you’re talking about people sitting through a film,” Pokrivnak said. “I’m not showing ‘Seven Samurai’ or anything, so it’s not so bad. I just have a feeling it’s going to take a couple months to really settle in to the location that works best for us and the arrangement and everything.”

A permanent home at a downtown theater is a possibility as well.

“There’s talks of maybe getting into where the Oakland was because they have theater seating, and that would be wonderful,” Pokrivnak said. “I don’t have any delusions about trying to start a multi-million dollar movie theater downtown. I just want to show some good films.”