On Monday, the Dana School of Music presented a faculty recital featuring Stacie Mickens on the horn at the Bliss Recital Hall. 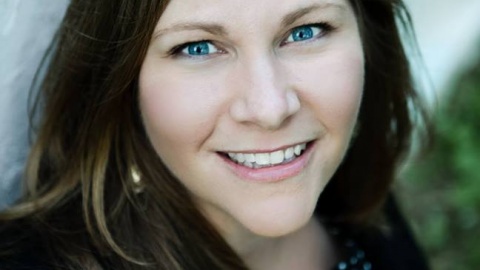 Stacie Mickens is an assistant professor of horn at the Dana School of Music at Youngstown State University, where she teaches horn, coaches’ brass chamber ensembles and performs with the Dana Brass and Dana Woodwind Quintets.

Every music faculty member has the option to book a recital. They can choose whom they want to perform with.

“I scheduled and put the whole recital together myself. I chose Allan Mosher and Diane Yazvac to accompany me during the recital,” Mickens said. “I worked with Yazvac a lot in the last four years and felt she was a good choice. Mosher is one of our voice faculty, and he also has a degree in theater, so he seemed like a natural choice to do this narration part.”

There were four parts to the recital. Some of the featured songs were childhood favorites such as “The Tortoise and the Hare,” “The Mouse and the Lion,” “The Wind and the Sun,” “The Dove and the Ant” and “The Mule,” better known as “Aesop’s Fables” by Anthony Plog.

There was a world premiere of a piece written for Mickens by James Wilding, a professor at the University of Akron. The song is titled “Distill” and was based upon video footage captured by South African pianist Wilding in a distillery.

Mosher was honored to play a part in Mickens’ recital. He loved having the opportunity to tell stories since he is a vocal instructor at YSU.

“The narration appealed to me, because I love telling stories that everyone can enjoy,” Mosher said. “Aesop’s Fables” are indeed timeless, and the settings of them are musical gems. It was a lot of fun to do them.”

Yazvac, adjunct faculty member at YSU in the Dana School of Music, has spent the last four years working closely with Mickens. She enjoyed her artistry and was happy to be a part of the recital.

“Mickens and I have worked together since she started teaching at YSU,” Yazvac said. “Mickens gave me the opportunity to accompany her during her recital. I played piano for the opening selection “Tre Poemi” and during the closing selection “Aesop’s Fables.”

Mickens has become a favorite teacher in the music department. With her specialization in French horn, she is a real asset to the Dana School of Music.

“Mickens is a consummate professional and a pleasure to work with,” Mosher said. “She has, in just a few short years, become well-known for her artistry on the French horn in this part of the country, and students are flocking to her studio.”