The B&O Station in Youngstown is starting off a summer full of outdoor concerts on May 20 with headlining electronic dance music act TrollPhace.

The event, promoted by Cumulus Entertainment, was booked by BeeHive Productions, a local production company started by Liam Jones of The Bees Trees and John Janczewski. 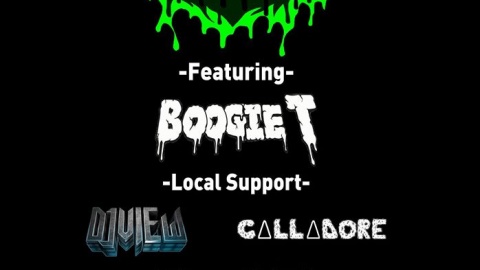 Janczewski has been booking electronic shows in the Youngstown area for the past two years and is event coordinator and manager of the Boom at Bobs EDM night at Irish Bob’s Pub.

After seeing Basslights, an internationally renowned EDM act in 2014, Janczewski said he and his friends knew they needed to bring the excitement of electronic music to the Youngstown area.

“We realized all there was in this area to do was go from bar to bar, and see the same things every week,” Janczewski said. “We wanted to switch it up, and give the people in this area something new, something exciting and something very different than they were used to.”

So he and a few of his close friends purchased a small sound system and some lighting and began hosting shows.

“Less than a month after Basslights we threw our first show in January of 2014. It consisted of one of our friends playing a 4 hour set, and it was a big success for us,” he said. “We have now grown to booking internationally touring DJs.”

Amy Komara, manager and event coordinator at the B&O Station, said that the venue and BeeHive Productions often work together and the two are planning to host a multitude of shows this summer.

“We are expecting a huge turnout for [TrollPhace]. It’s the start of summer 2016,” Komara said.

“The station has several more events like this [planned] throughout this year with BeeHive and several other promoters as well.”

This event is being held on the outdoor stage, so costumes, LED lights or gloves, hula hoops, face paint and other rave wear, including totems, are permitted.

Tickets can still be purchased for the event at universe.com/DERAILED. Pre-sale is $17 and tickets at the door are $22.

Janczewski said that this isn’t the only big EDM show he and the B&O Station have planned for the summer. BeeHive Productions is bringing back Fusion Fest for its second year on August 13.

“Fusion Fest is a compilation of local to international touring bands and DJs. The fest is a one-day, 2 stage event, he said. “We have not announced the line up yet, but we are bringing out some big names in the scene.”