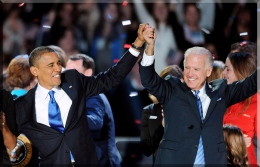 At roughly 11 p.m. on Tuesday, projections indicated that Obama would retain the presidency after capturing 18 additional electoral votes in Ohio. This ends a long and dramatic campaign between the president and Republican challenger Mitt Romney.

The race for the White House was one of the closest in U.S. history. On Election Day, both candidates were locked in a statistical dead heat with 48 percent of voters supporting either Obama or Romney.

Gallup and Washington Post-ABC News polls from Monday showed that the economy remained the top issue for voters. This reflected the viewpoint found on Youngstown State University’s campus the morning after the election.

Drew Webster, a self-described conservative Democrat, was not persuaded by Obama’s appeals to students during the campaign.

“I’m disappointed with his victory Tuesday night,” Webster said. “His education policies won’t affect me, but the economic policies will.”

Specifically, Webster said he was critical of the expected increase in taxation that his family will face.

General student opinion toward the election was positive, with many students expressing relief.

“I’m glad it’s all over,” sophomore Chelsey Hammond said. “I just didn’t like Romney. I didn’t like him as a candidate and none of his policies.”

The enthusiasm wasn’t unanimous throughout campus, though.

“I’m a little disappointed in the result, but I hope we move forward,” Don Rogers said.

Like Webster, Rogers was less concerned with education proposals.

“I don’t know if it affects me as a student, but his other polices are going to have a larger impact on my life,” Rogers said.

Overall, Obama pulled a 2 percent margin of victory in the popular vote over Romney, 50 percent to 48 percent.

Obama capitalized on the momentum gained following the second and final presidential debates, winning Ohio and Virginia, which gave him 18 and 13 electoral votes, respectively. These prizes add 31 electoral votes to his cache, pushing him comfortably and indisputably past the 270 mark needed for election.

“I wish all of them well, particularly the president, the first lady and their daughters,” Romney said. “I ran for office because I am concerned for America.”

Romney indicated this will be his last foray into national politics as a candidate, ending a nearly two-decade-long career in electoral contests, which began with a 1994 Senate race in his home state of Massachusetts.

Obama took the stage roughly 30 minutes later in Chicago and delivered the concluding speech of the campaign.

“Tonight, in this election, you, the American people, reminded us that while our road has been hard, while our journey has been long, we have picked ourselves up, we have fought our way back and we know in our hearts that for the United States of America the best is yet to come,” Obama said.

Obama will be inaugurated for a second term on Jan. 20, when he and Vice President Joe Biden will take the oath of office for the second time.