Several artists and speakers will visit Youngstown State University this month as part of the department of Africana studies’ Black History Month celebration.

There are four major events: a month-long exhibit in the Solomon Gallery in Bliss Hall, an African marketplace in the Chestnut Room on the 6th from 12 to 3 p.m., “It’s Showtime at Pete’s Apollo” featuring student performances in the Hub on the 11th at 8 p.m. and a keynote speech by Angela Burt-Murray in Williamson Hall on the 24th at 2 p.m.

Tiffany Anderson, director of the department of Africana studies, said an effort was made to appeal to both campus and the community. 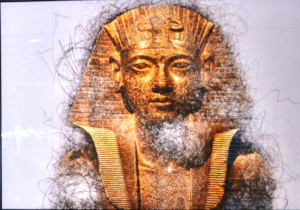 “I feel like the Africana studies department has this unique opportunity, unlike other departments in the university, to really engage the community because of … Black History Month,” Anderson said.

“It’s Showtime at Pete’s Apollo” is entirely student-centered, with students organizing and performing in the event. The department of mathematics and statistics is holding an academic-focused colloquium with Shelby Wilson, who will talk about how math can cure cancer on the 19th at 3 p.m., and the African marketplace is community-focused.

They chose Angela Burt-Murray, former editor-in-chief of Essence magazine and co-founder of Cocoa Media Group, as the keynote speaker because she will appeal to all three groups. Her presentation is entitled “Black Voices Matter: Race and Gender in the Age of Social Media.”

“We have this movement called Black Lives Matter, and either people feel disconnected to the movement or don’t understand how they can participate,” Anderson said. “The focus on how our voices can become a part of the movement is as simple as posting something on Facebook is going to be very empowering to people.”

Shienne Williams, a student and member of the Black History Month organizing committee, said she is excited to attend the keynote address because her family subscribed to Essence.

“Celebrities come to Youngstown, but I always think about what have they really done,” Williams said. “And now we have someone that impacted my life as a child.”

Williams said previous events have not received much attention, even from her.

“The only thing I really went to was the African Marketplace,” Williams said. “I noticed with Black History Month, we would not really have any African American speakers; it has always been predominantly African. I think it’ll be a great way to bridge the gap between black people across the water.”

William Blake, director of the Office of Student Diversity Programs, said there is a need for the YSU community to be involved in the events. He said that in addition to the African marketplace, the Black History Month art exhibit grabs the eye.

“We have [these artists] presenting artwork that reflects the richness of our African American heritage,” Blake said. “These men have been educated in some of the most renowned institutions in the world.”

In addition to the official events, the Religion and Philosophy club is holding a Black Lives Matter discussion at MVR this Thursday from 6 to 8:30 p.m.

“I really hope that this year’s Black History Month marks the beginning of a real connection between the Africana studies department and the community, and that it will last,” Anderson said. “I feel like the celebration of black people and our history cannot be isolated to academia, and it only works if it’s widespread throughout the community.”