Martino wears something Youngstown on all team apparel. Whenever Martino sits in that driver seat he always memorializes the message he saw every game as a YSU Penguins football player.

“What are you going to do now,” Martino said.

Whether it be in winning or losing, it was a lesson Martino and his teammates had drilled in their heads with every walk through the tunnel. Those words still hold a powerful amount of meaning to Martino to this day, even after he’s traded in his football pads for a racing suit.

Under the tutelage of former YSU football coach Jim Tressel, there were many lessons to be learned from the respected coach.

“Coach Tressel had a book called ‘The Winner’s Manual’ that he passed out before camp started each fall. It was a book of inspiration, motivation and reflection. Before or after games and practice, if you felt like you were on top of the highest mountain or if you felt like you were in the deepest of valleys, that book always brought you back to level ground,” Martino said.

Though football and drag racing are drastically different scenes, Martino sees similarities in the two that fuel his racing mentality.

“Football and racing are similar in a lot of ways; both sports have winners and losers and usually come down to a battle of inches at the end,” Martino said.

According to Martino, overcoming adversity is what determines whether or not you are a champion.

“It’s all about the next play after a win or lose, the next series after a turnover or loss of downs that determines if you’re a true champion or not,” Martino said.

At the end of the day, Martino believes that “every play counts, and every race counts” and that’s the type of competitor he is once he steps on the track. Martino attributes his YSU days to helping him prepare for the future.

Whether it be his football days at YSU or current days spent on the track, Martino remains a diehard fan of Youngstown. And though his playing days are over, he still keeps an ear to the ground when it comes to YSU.

“We’ve been known to get a look or two in restaurants and hotels when we are on the road for personal appearance and or races, listening along because the games get us that fired up to see the Penguins win,” Martino said.

After a successful season for Penguins football, Ryan Martino saw something to be proud of in spite of it not ending in a championship season for YSU. 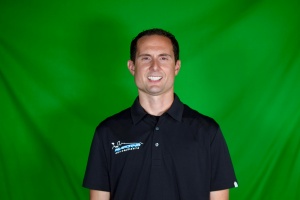 “It made me ‘Y and Proud’. This year was a statement to the world that the YSU Penguins are back,” Martino said.

Martino Motorsports had some success of its own in 2016, but much akin to YSU’s loss in the Football Championship Subdivision, it was a season that ultimately ended in disappointment.

With a shot of clinching a season championship, a series of complications in the last two events put a damper on their quest to bring a championship back to Youngstown.

Having dropped from second to fifth in the standings in 2016, it was a low point that Martino vows “won’t happen again this year” as him and his team prepare for 2017.

Moving forward, Martino says that 2017 is about winning. Winning not just for him but for Youngstown.

“It means everything to me. It means I’m a winner, a hard worker and that I know how to handle adversity,” Martino said. “Youngstown is my home. Youngstown is where I belong.”